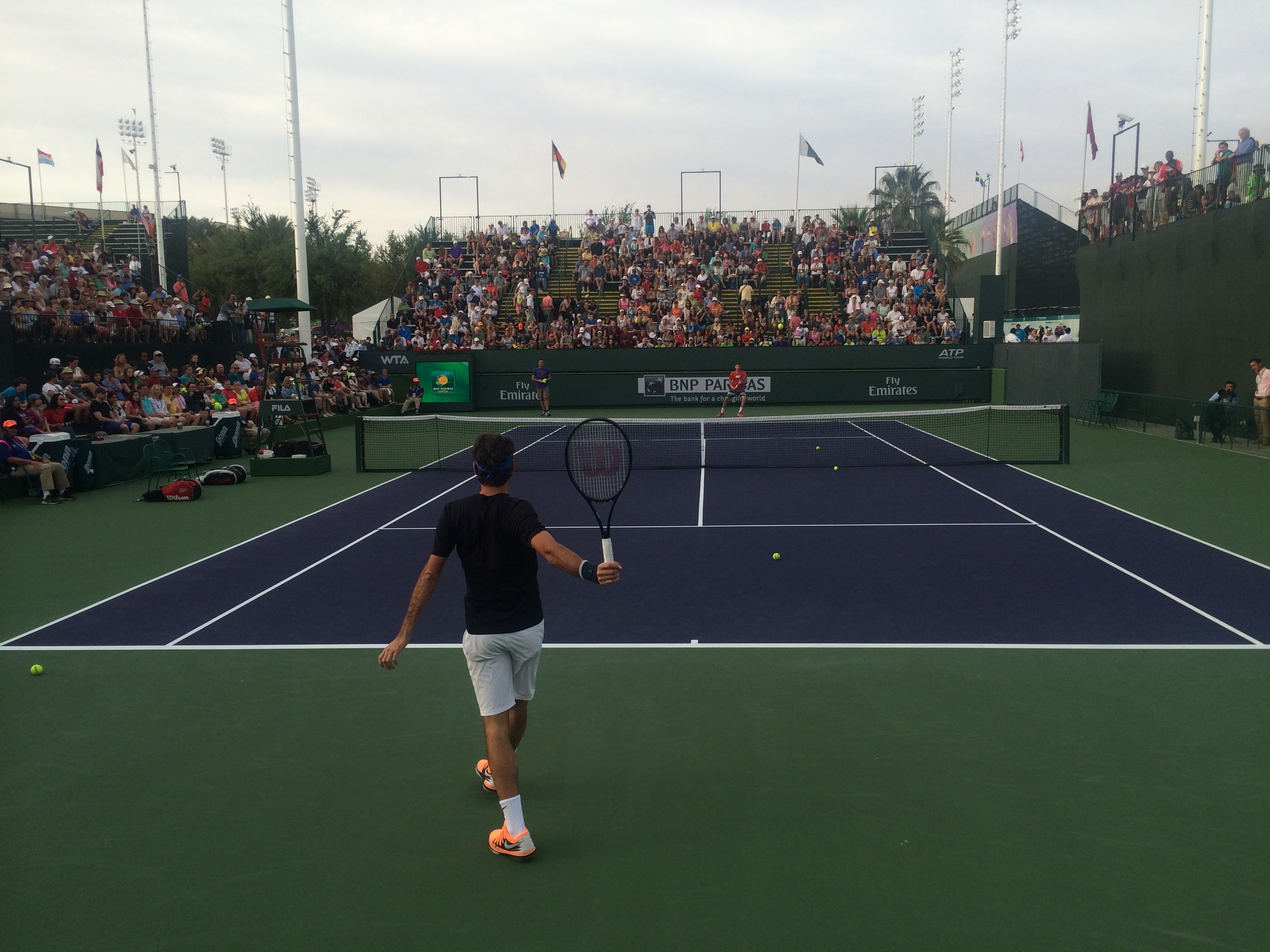 A considerably serious rumor sent in earlier today speculates the name and specifications of Roger Federer’s current blacked out racquet, and its release date as well: October 1, 2014. There will be three versions of the new Wilson frame, if the information holds to be true. The Swiss maestro’s version will be called the Pro Staff RF97 Autograph, while two lighter versions will be available as well. Specifications of the rumored frame are close to the previous Pro Staff 90 models. However, information is still limited, with no details on balance, composition, and swing weight.

With much previous discussion about the frame being a 98 square inch model, this rumor states the head size being 97 square inches. It was confirmed last July that the racquet is a prototype, not the Wilson Blade 98. This may be to differentiate Wilson models, or it may be part of the small tweaking to the actual frame, which Federer spoke about briefly at the Sony Open in Miami (late March).

The paint job and styling is unknown. The new line and specifications:

Previous word was that Federer would debut with the new racquet in its new paint job, at Wimbledon, or around the time of the US Open.