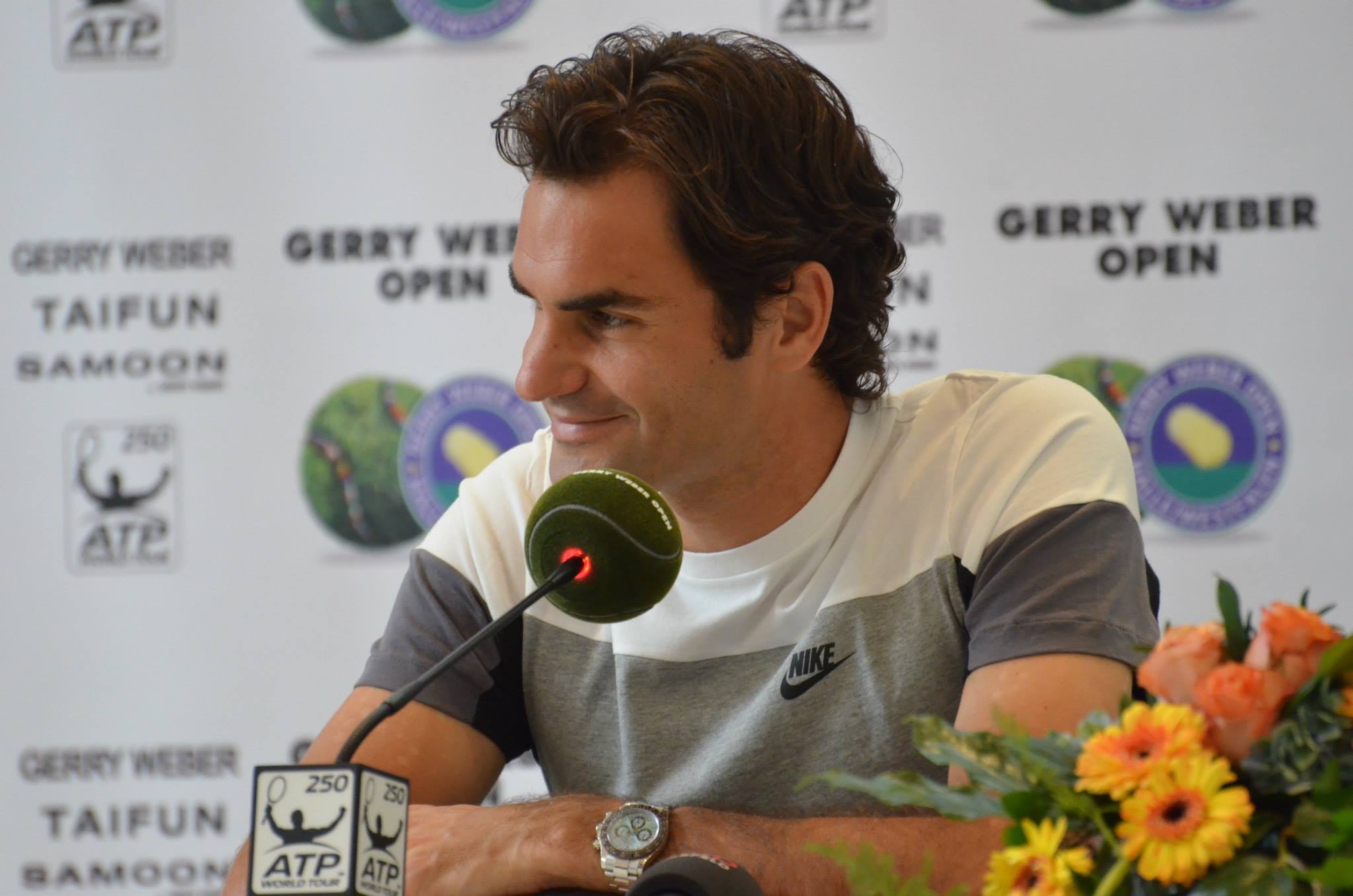 The 2014 Gerry Weber Open is this week, in Halle, Germany. Roger Federer, a six-time title holder (2003, 2004, 2005, 2006, 2008, 2013) is seeded second and playing both singles and doubles as the tour shifts to the short grass season. Pairing with Swiss teammate Marco Chiudinelli, the wildcard duo takes on Andreas Seppi and Martin Emmrich in the first round.

In singles, the Swiss maestro receives a first round bye, and will face Joao Sousa in the second round, presumably on Wednesday. He could face Mikhail Youzhny in the quarterfinals, a rematch of the 2013 final. By seeding, Federer would face Kei Nishikori in the semifinals and 9-time Roland Garros champion Rafael Nadal in the final. View both draws below. Download the singles draw here and the doubles draw here. 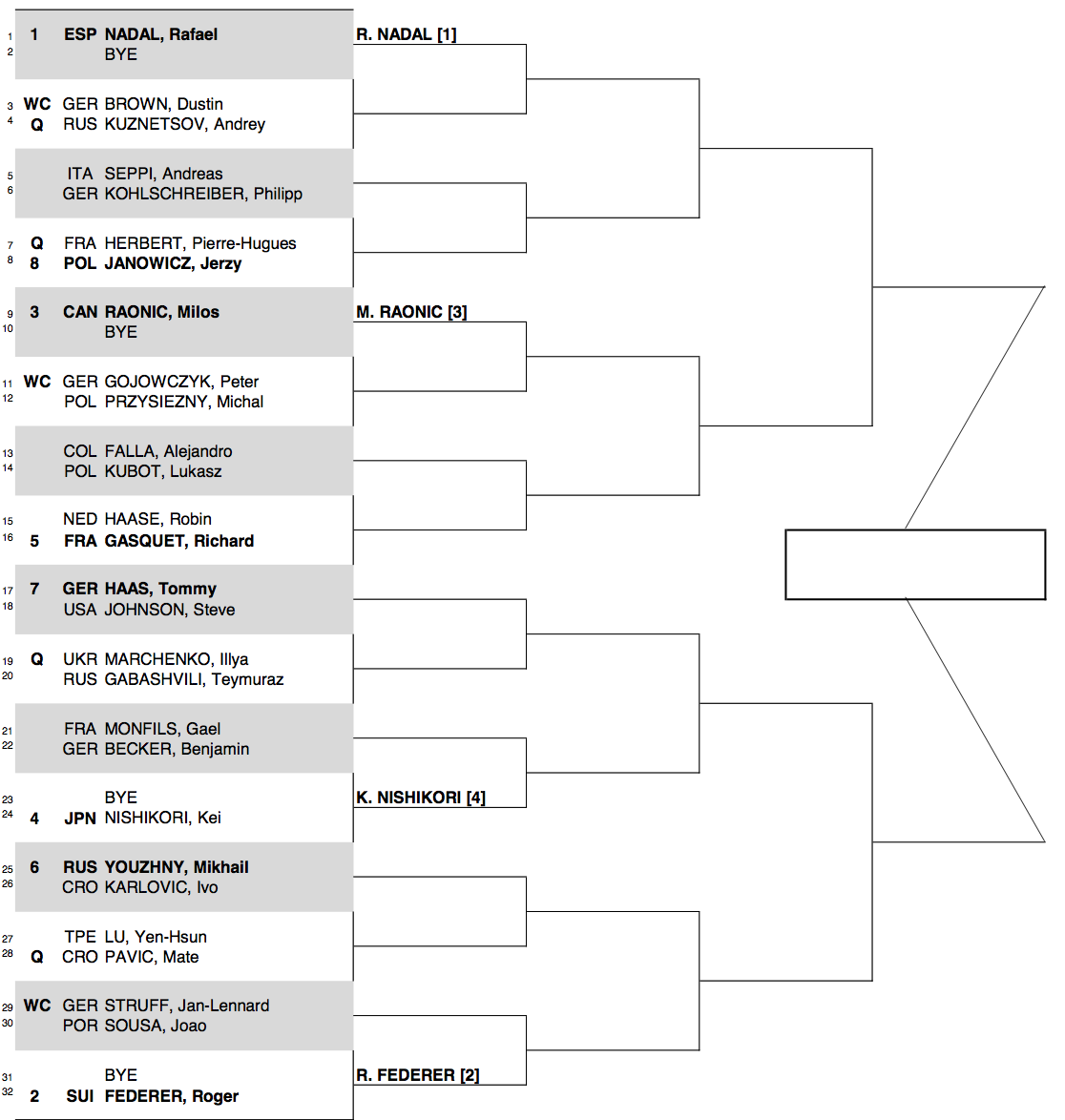 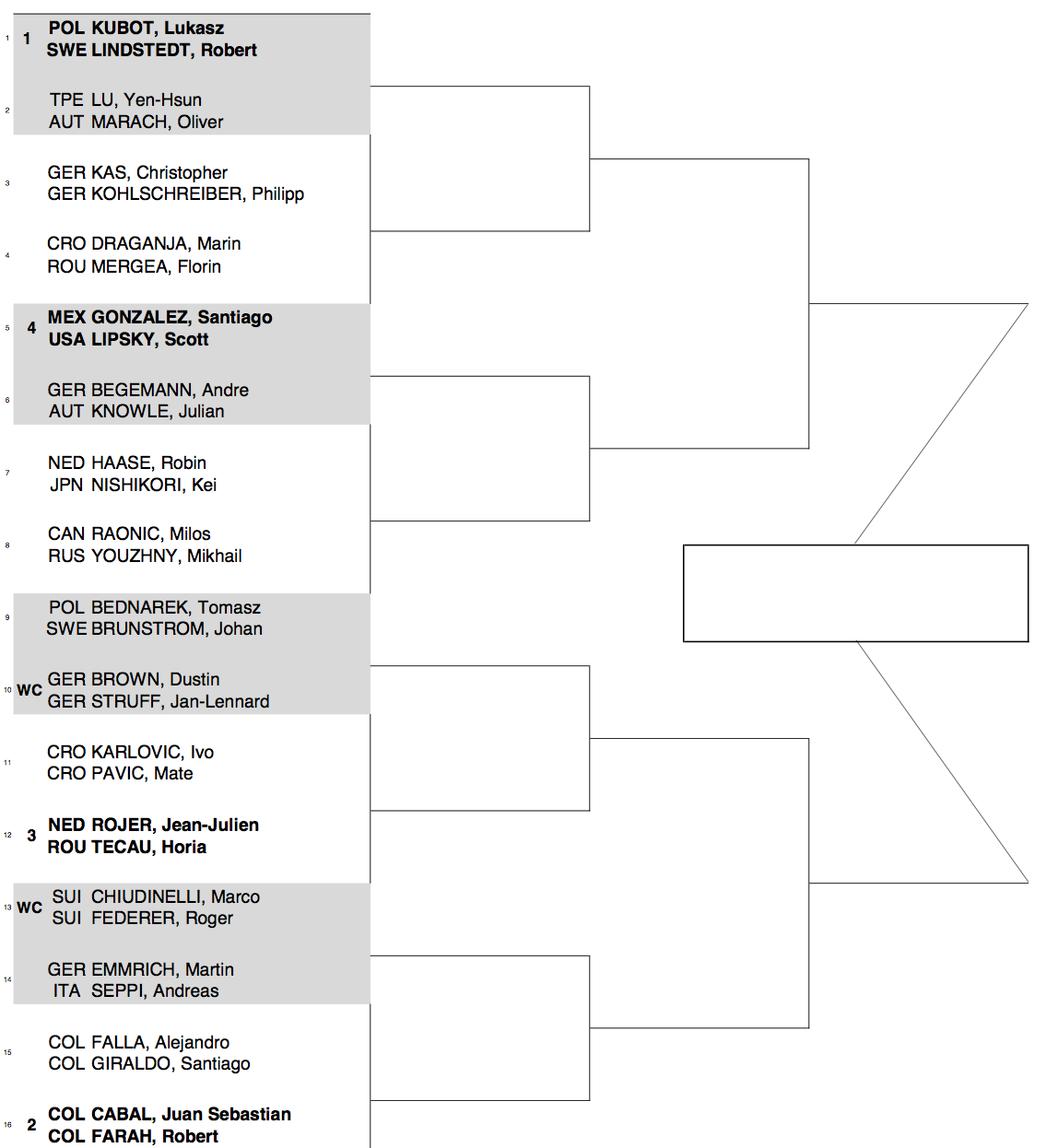