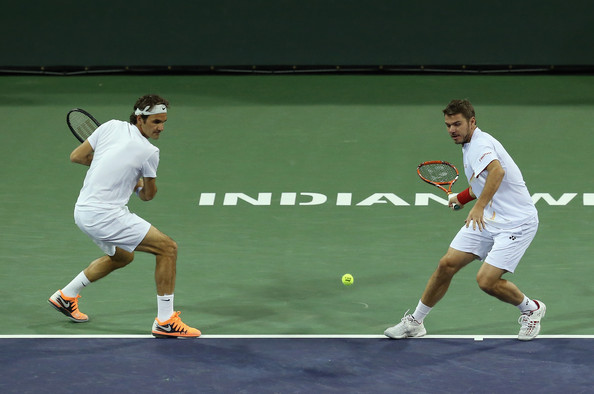 After playing back to back singles matches at the tail end of the day session, both Roger Federer and Stan Wawrinka suited up for their doubles quarterfinal against the defending US Open champions, Leander Paes and Radek Stepanek. Stadium 2 was sold out, but unfortunately the match, again, was not televised.

The 2008 Olympic gold medalists defeated doubles specialists Rohan Bopanna and Aisam-ul-haq Qureshi in the first round, followed by knocking out Ernests Gulbis and Milos Raonic Monday night. They would do so once again against Paes/Stepanek, needing a match tiebreaker, 6-3 6-7 (6) 10-4, to advance to the semifinals of the 2014 BNP Paribas Open.

The Swiss duo will face second seeded Alexander Aut Peya and Bruno Bra Soares in the semifinals on Friday. The Bryan brothers take on John Isner and Sam Querrey in the other semifinal, to be played in Thursday’s day session. 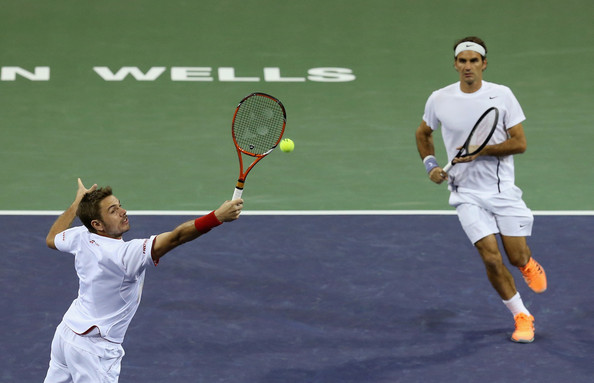