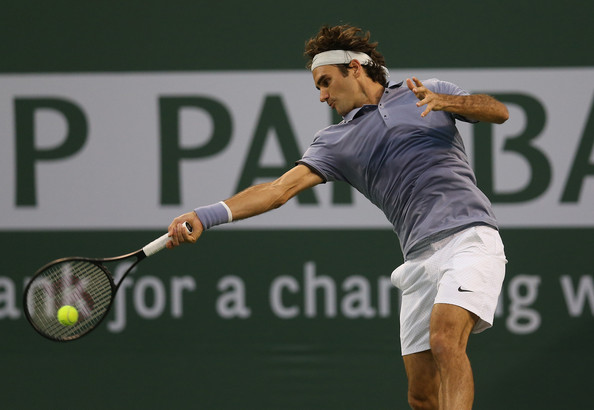 Amidst the upsets taking place at this year’s 2014 BNP Paribas Open, Roger Federer restored order Wednesday as he moved past Tommy Haas into the quarterfinals. His doubles partner Stan Wawrinka was upset by Kevin Anderson in the match just before, preventing an all-Swiss match-up.

Federer and Haas traded breaks early in the first set before both firmly held their service games. The Swiss maestro comfortably took the first set, and play remained on serve in the second set. Haas claimed the ATP World Tour’s “Hot Shot” with his court coverage and forehand winner, but it was the 4-time BNP Paribas Open champion who found the necessary break, thereafter serving out the match with an ace. 6-4 6-4, in 1 hour 24 minutes.

Although Wawrinka lost in three sets to Anderson from South Africa, he cleared concerns of injury due to treatment he received and will continue in doubles with Federer, who himself will face Anderson in the quarterfinals Thursday night. 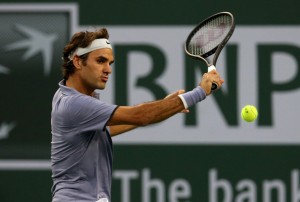