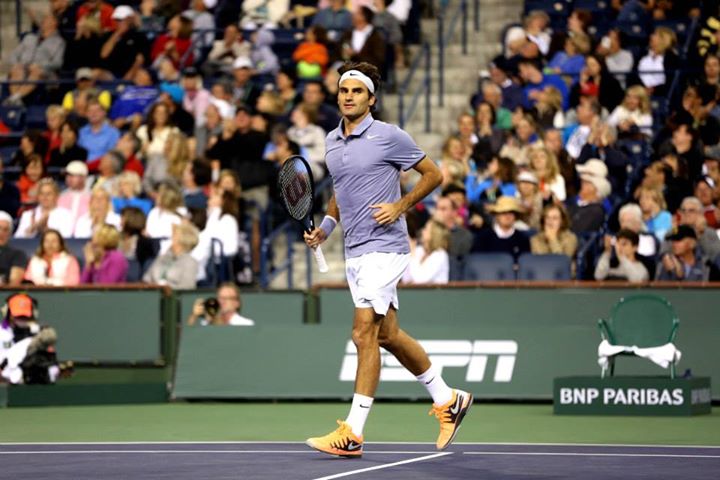 Roger Federer put on a clinic after a close first set with the towering Kevin Anderson Thursday night in Indian Wells. The Swiss maestro reeled off eight straight points to clinch the opening set before it was one-way traffic to the end. The towering South African defeated Stan Wawrinka the day before, but could not repeat his result in the BNP Paribas Open quarterfinals.

Early on, the 4-time champion in Indian Wells was unable to convert on break point opportunities, including three chances very early in the first set. After breaking at 6-5 though, Federer found it easy to break in the second set, taking a 5-0 lead in 17 minutes.

After just 1 hour 9 minutes, Federer served out the match, 7-5 6-1, advancing to the semifinals for the ninth time in the desert, where he will face Alexandr Dolgopolov in Saturday’s semifinals.