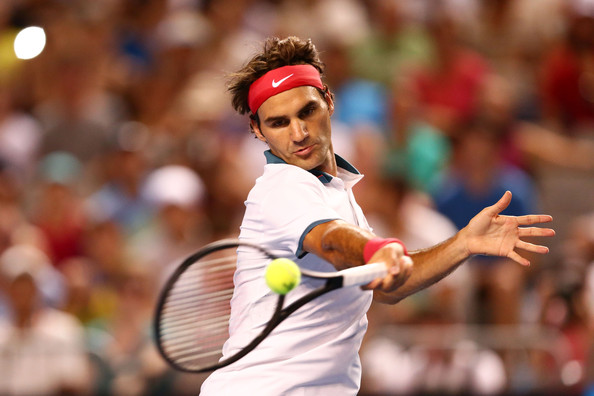 Federer Cruises into Third Round at Australian Open

Roger Federer went to Rod Laver Arena, ready to go for his second round match, only to realize he was playing on Hisense Arena. The Swiss maestro would be playing there for the first time since 2004. Quickly making his way there, he took on Blaz Kavcic under a closed roof, as the Australian Open’s extreme heat policy was in effect. With temperatures soaring to 110 degrees Fahrenheit/43 degrees Celsius, all matches on outside courts were suspended until evening. With Rafa Nadal playing concurrently on Rod Laver Arena, it marked the first time since the 2008 US Open when both played at the same time (Federer-Djokovic semifinal on Arthur Ashe Stadium, Nadal-Murray semifinal on Louis Armstrong Stadium).

The Swiss maestro opened the match aggressively, breaking twice and comfortably holding serve. To much early hype of “Fedberg,” or “the Edberg effect,” Federer attacked the net often, and looked at ease in applying pressure. He would finish 23/29 at net, firing 11 aces, no double faults, and hitting 52 winners. After 1 hour 47 minutes, the 17-time grand slam champion defeated Kavcic 6-2 6-1 7-6 (4), advancing to the third round where he will face Teymuraz Gabashvili. With the win, Federer won his 70th match at the Australian Open, the first in history to do so.

Point of the Match. 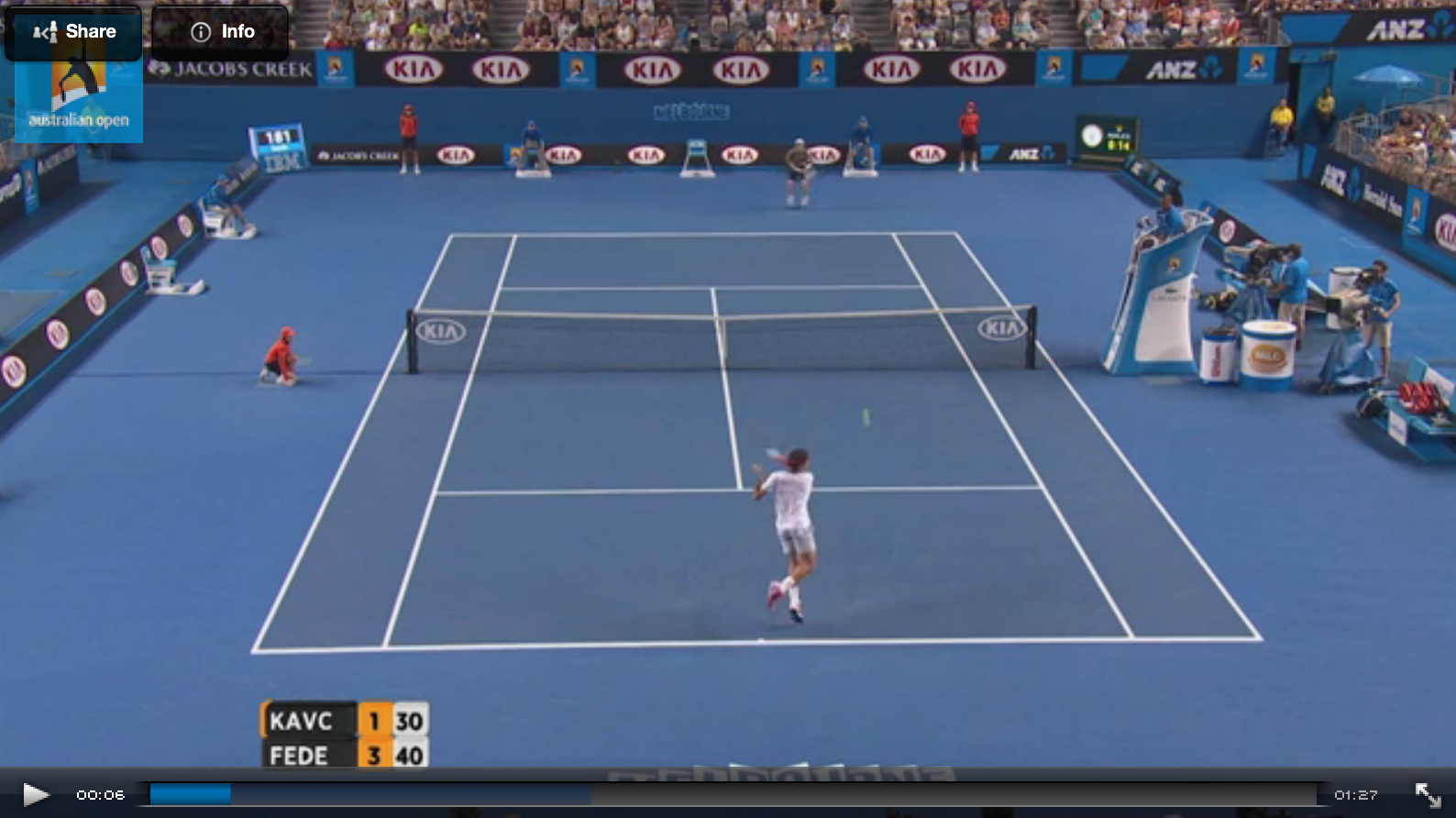 Federer Cruises into Third Round at Australian Open 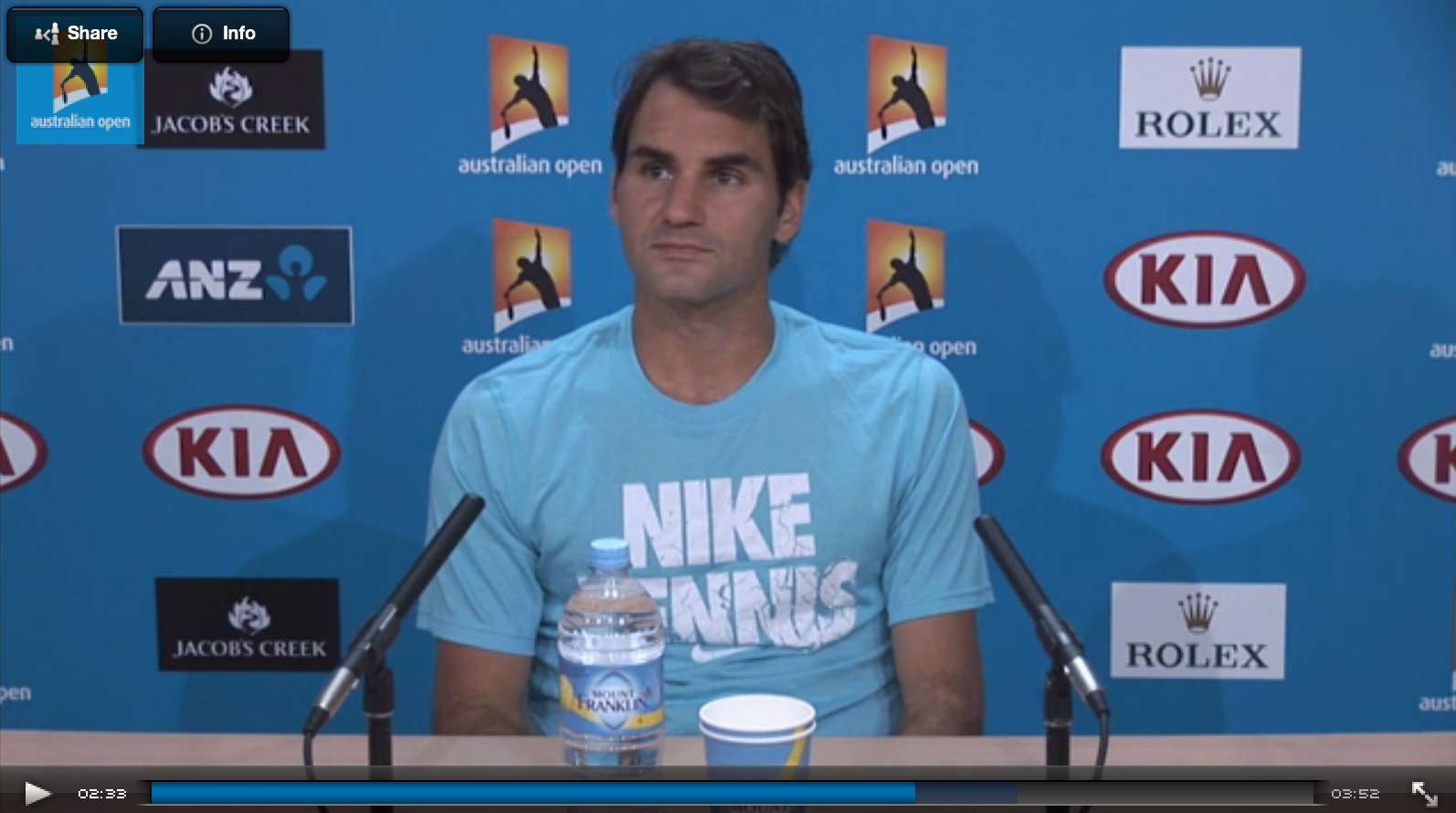 Watch full coverage of the 2014 Australian Open on FF07tv.