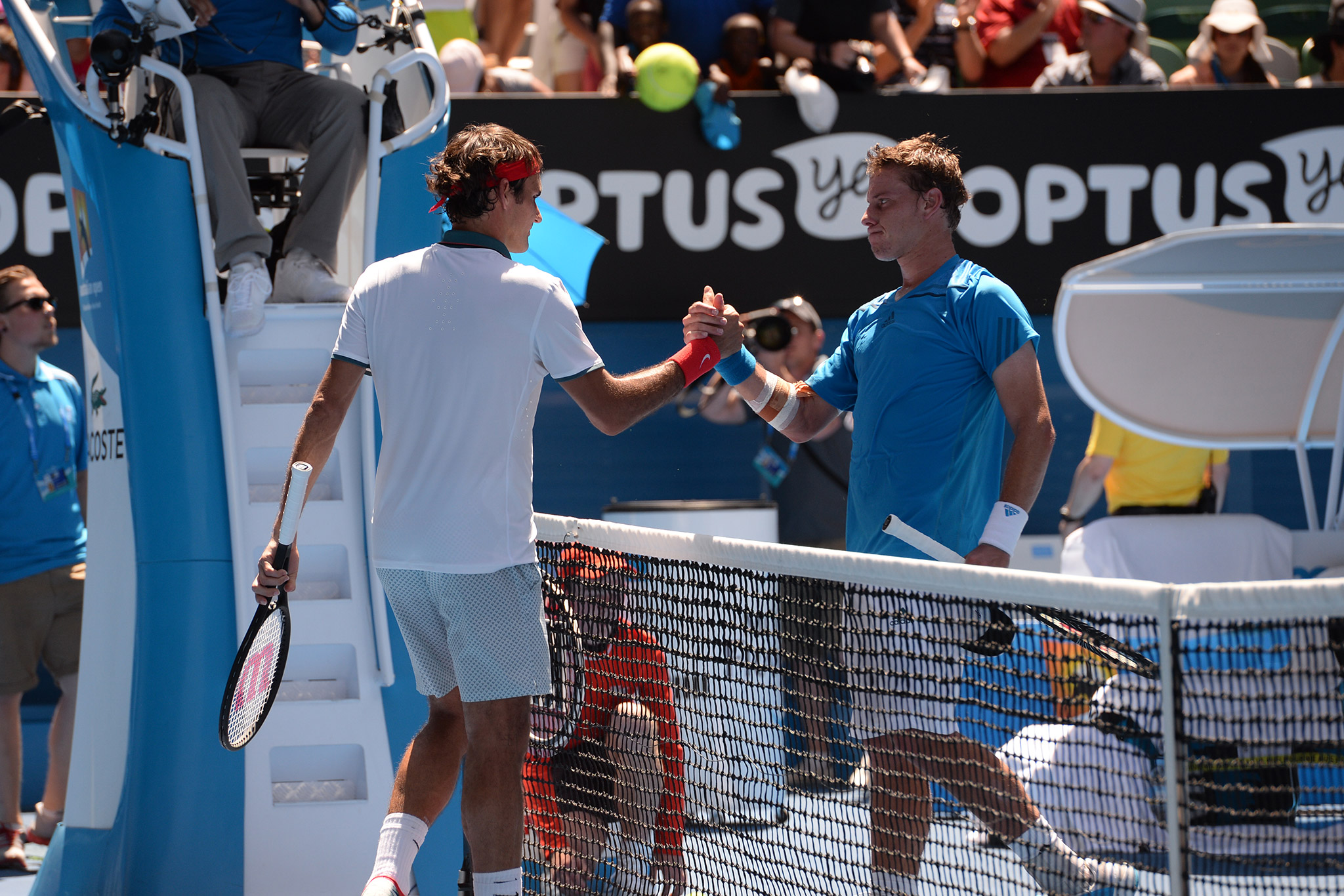 Temperatures soared past 105 degrees Fahrenheit (41 degrees Celsius) in Melbourne, as the second day of play got underway. First round action continued, with Roger Federer taking on James Duckworth on Rod Laver Arena. The Swiss maestro squandered a few break chances early, but converted once in the first and second sets, comfortably serving both sets in identical fashion.

Simmering in the heat yet hardly sweating, Federer broke immediately to open the third set and later went up two breaks, cruising into the second round after 1 hour 46 minutes, 6-4 6-4 6-2. He will face Blaz Kavcic, who advanced after Radek Stepanek retired (up two sets to one, down a break in the fourth set). 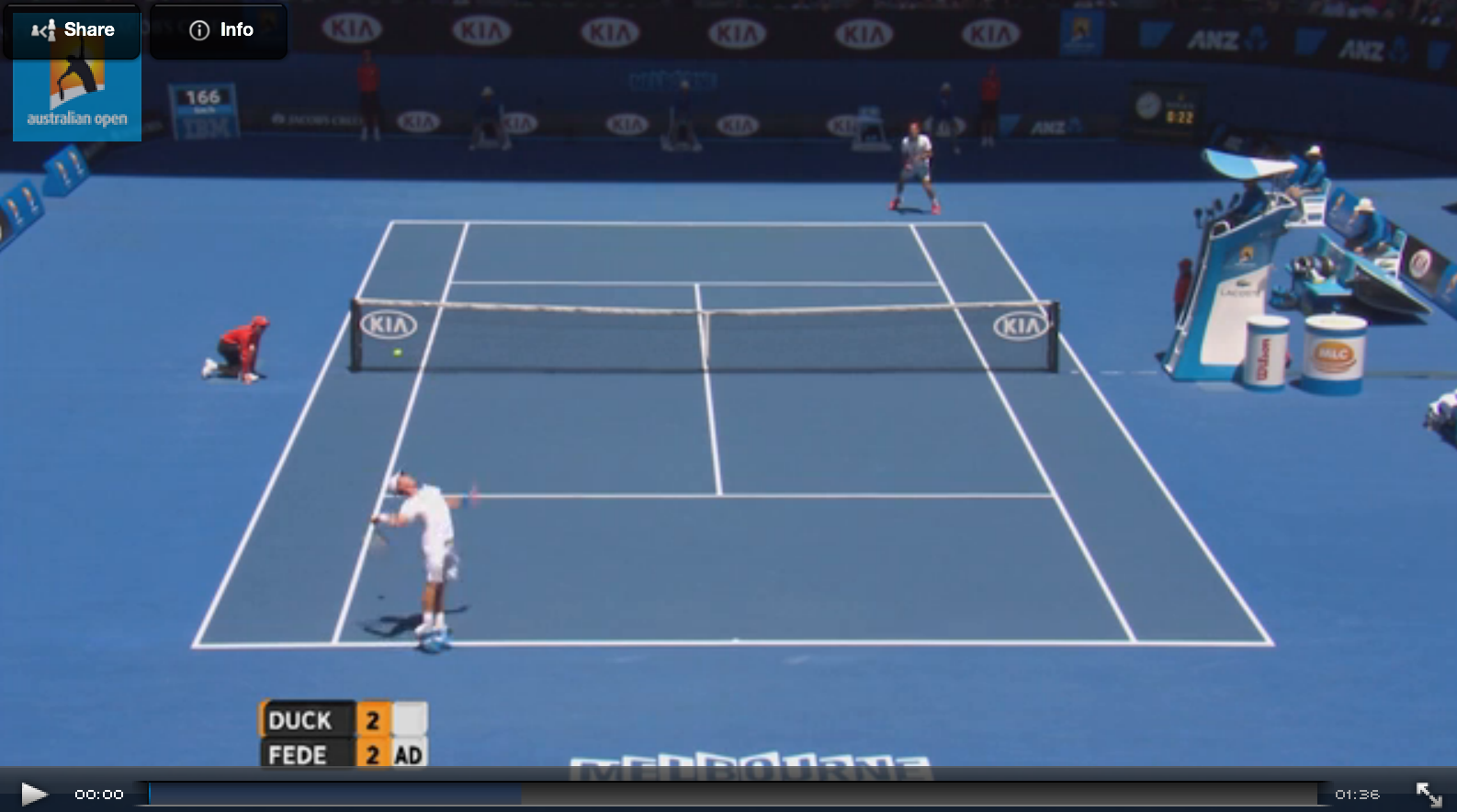 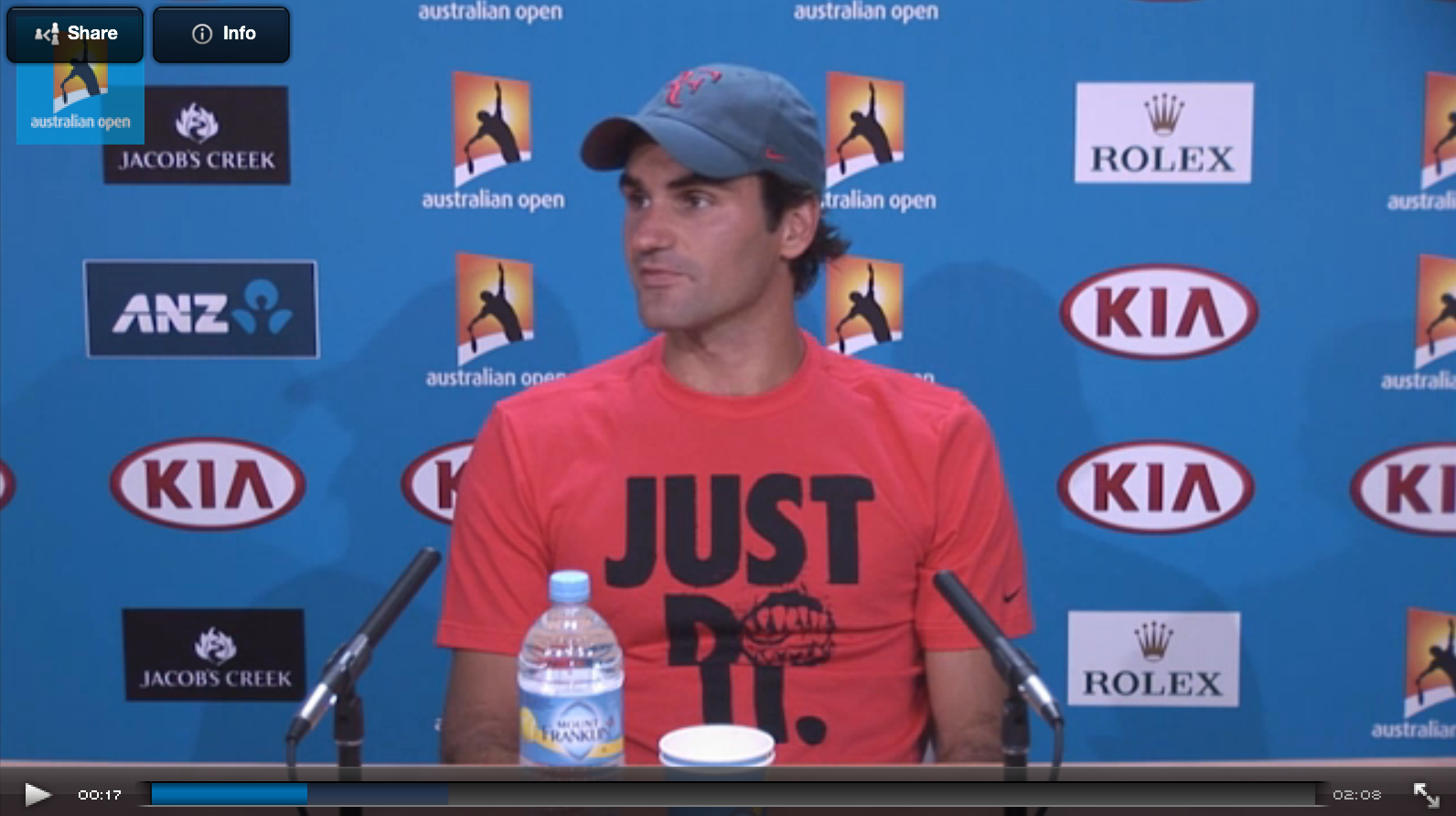