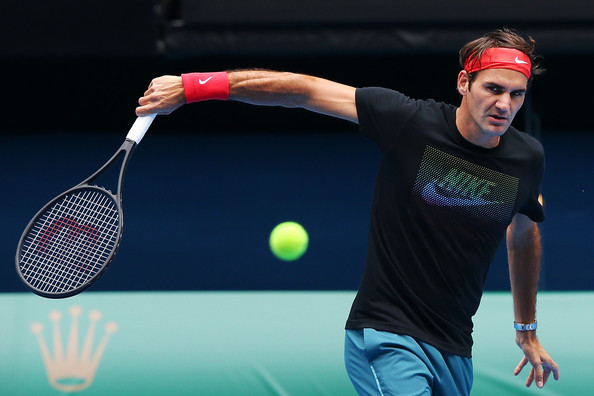 The 2014 Australian Open draw ceremony was held on Friday morning in Melbourne, and both men’s and women’s draws are posted. Roger Federer is seeded sixth, participating in his record breaking 57th consecutive grand slam. However, if the Swiss maestro is to lift his record fifth trophy and 18th grand slam, he will have a difficult path to the title. After his first round match against James Duckworth, he is likely to face Radek Stepanek in the second round, who just last month lead and lifted the Czech Republic to the Davis Cup title. Beyond that, Federer could face Fernando Verdasco or Sergiy Stakhovsky in the third round, with Jo-Wilfried Tsonga or Gilles Simon likely awaiting in the round of 16. 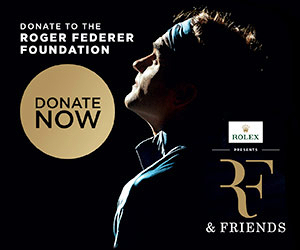 By seeding, a repeat of last year’s semifinal is projected; a meeting with Andy Murray in the quarterfinals. If not rigorous enough, top seeded Rafael Nadal awaits in the semifinals. Leading the opposite half of the draw is 3-time defending champion Novak Djokovic, third seeded David Ferrer, and seventh seeded Tomas Berdych. View the full draw below or download the printable version here. 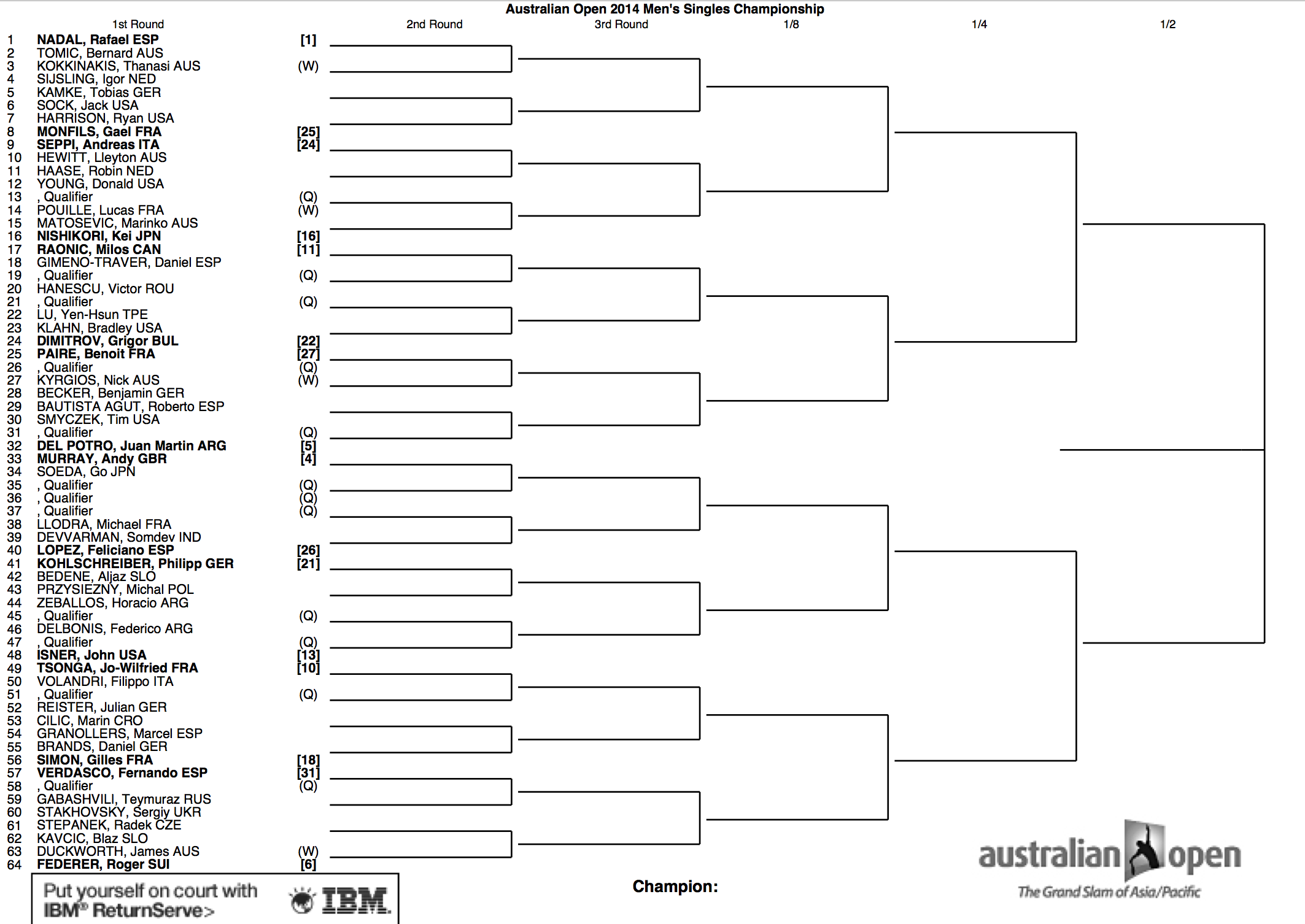 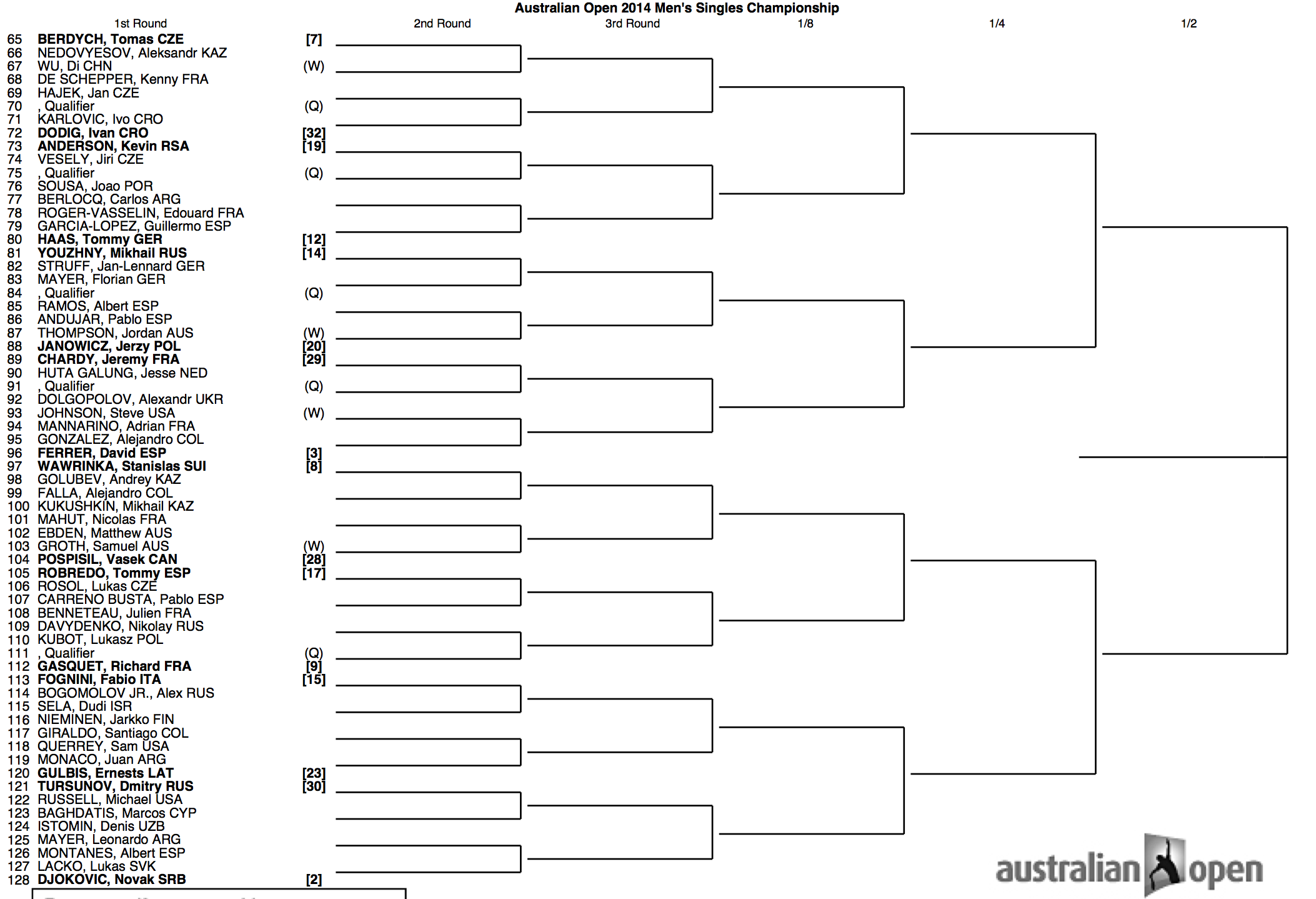 Projected quarterfinal match-ups are: Nadal vs Del Potro, Murray vs Federer, Berdych vs Ferrer, and Wawrinka vs Djokovic.