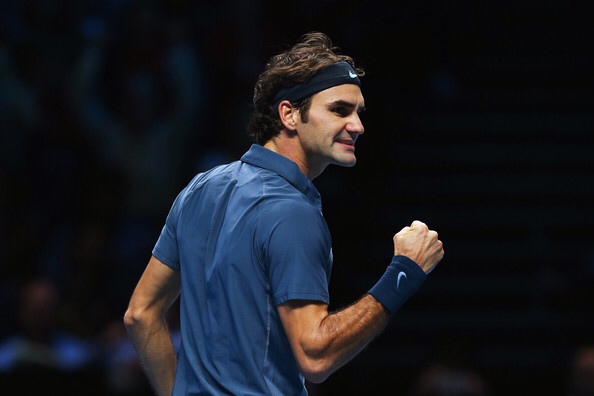 Roger Federer overcame a slow start, an aggressive Del Potro, and a 0-3 deficit in the final set to defeat Juan Martin Del Potro, qualifying for the semifinal stage of the World Tour Finals for the 11th time in 12 years. The Argentine came out firing, breaking early, and everything was going his way. In less than 20 minutes, he was up two breaks for 5-1, but despite the set virtually lost, Federer would show why he is still a force to be reckoned with.

The 32 year old closed the gap to 5-4, and although he would lose the first set, his game began to loosen up, varying his slice in the same way he did beating Del Potro at the Paris masters a week ago. Both players began to raise their levels, creating stunning rallies, and remarkably, it was the Swiss maestro prevailing on most of them. A tiebreak followed, and similarly to his sudden offensive strategy vs Djokovic earlier this week, Federer took it to Del Potro, and dominated. Nearly identical, was the early third set lapse in concentration. The Swiss would be broken in the second game, and it appeared that Del Potro would comfortably hang on with his 3-0 lead.

The story turned, with Federer breaking after crafting three consecutive points, bringing the match back on serve, and staying even to 5 all. There, the 6-time World Tour Finals champion took his chance, running around backhands and mixing his slice and topspin backhands beautifully. The packed crowd at the O2 Arena was dazzled and quite startled as well. Showing some of the best tennis he’s played this year, Federer broke, and after mild resistance, he served out the match, 4-6 7-6 (2) 7-5, in 2 hours 26 minutes. The Swiss star put his hands up in victory, and patted his chest with his hand. He most certainly showed plenty of heart. 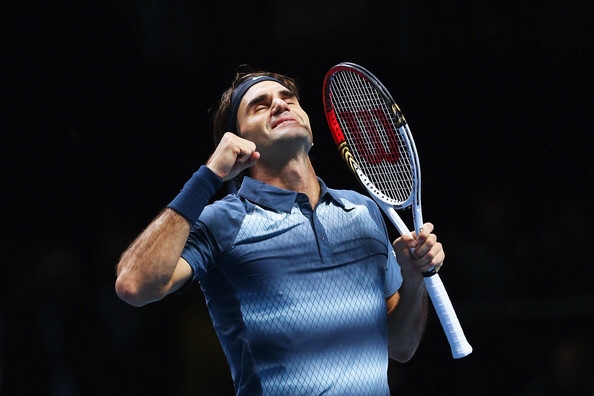