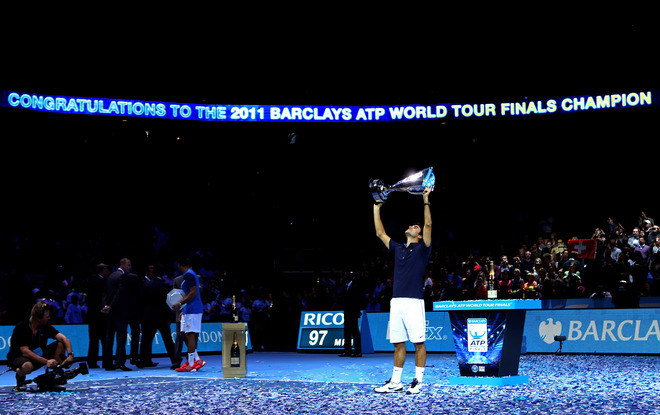 Round robin groups have been announced for the 2013 World Tour Finals at the O2 Arena in London. Roger Federer will make a record tying 12th successive appearance, and is drawn into Group B. The record holder 6-time champion is coming off reaching the Swiss Indoors final and semifinals at the Paris masters. He will have two days of rest before his first round robin match.

The Swiss maestro has previously won in 2003, 2004, 2006, 2007, 2010, and 2011, in Houston, Shanghai, and London. This year marks the first time two Swiss men have qualified, as fellow Davis Cup teammate Stan Wawrinka makes his first showing amongst the elite eight.

Federer will face Djokovic in the first Group B round robin play, Tuesday night in London. View full group details below. The 2013 Barclays ATP World Tour Finals runs from November 4-11.