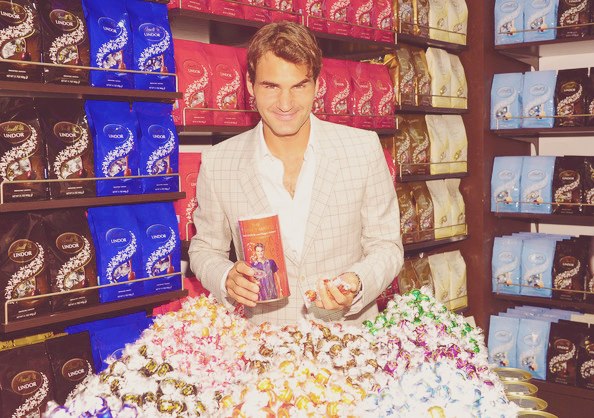 Swiss maestro Roger Federer and Lindt have a great relationship off court, and their latest TV spot (commercial) picks up where the last one left off. After being checked at the airport, Roger had to leave his bag behind as he went onward past security. Now he returns to claim his lost RF bag.

Federer addressed the media and press this morning at an event for Lindt in New York City. Check out his latest TV commercial below (in time for the 2012 US Open/August 2012), “Lindt LINDOR Truffles and Roger Federer “Lost” TV Commercial — Extended Cut.”