Federer in 3-way battle for #1

As Wimbledon approaches in the coming days, so does a new battle for #1 between the top 3 players. In 2011, Novak Djokovic became the world’s top ranked player for the first time when he captured his first Wimbledon title. In 2009, Roger Federer reclaimed #1 after spending nearly a year at #2, previously holding the top spot for a record 237 consecutive weeks. Now in 2012, the battle for #1 is a tight 3-way race between Novak Djokovic, Rafael Nadal, and Roger Federer.

The ATP World Tour details the race for more history between these three fierce competitors. The Swiss maestro is 39-6 with 4 titles this season, stretching to 56-6 (7 titles) since the 2011 US Open. For a second return to #1, Federer must win the title and Djokovic must lose in the semifinals or earlier. The return to #1 would be historic and symbolic, as the Swiss maestro would capture his 75th title where he won his first grand slam, and winning this year would tie Pete Sampras’ record of 7 Wimbledon titles. Adding to that, Federer would further distance himself from the greats of the past with 17 grand slam titles.

The breakdown in points is shown below. 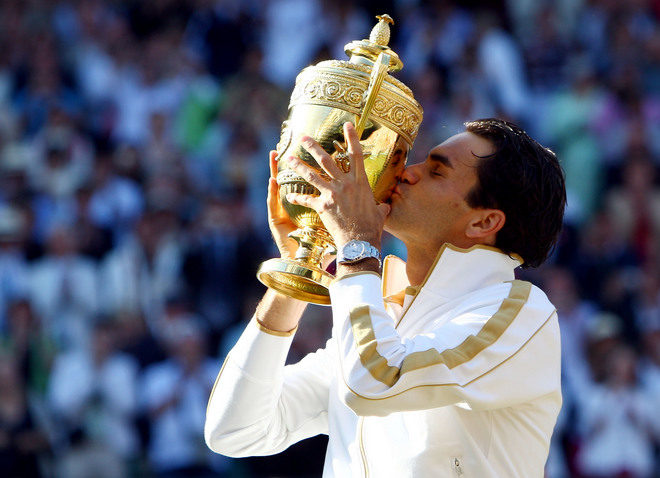 Stay tuned for the full draw and more later this week on FedererFan07. Watch full coverage of the championships on FF07tv. Download the Wimbledon iPhone app here.