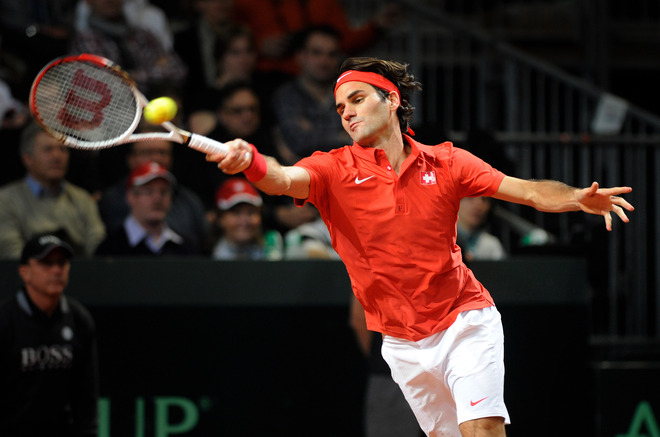 The Swiss chose clay as the surface for their Davis Cup tie at home vs the United States, and after day 1, it has backfired. As Stan Wawrinka took on Mardy Fish in the first match, it was immediately visible that this was a quick playing clay, at the high altitude of Fribourg, Switzerland. This first match was thought to be a close match-up, but after Wawrinka lost the opening set, he played solid tennis to take a two sets to one lead. By this point, the partisan Swiss crowd felt the tie was favorable, as Wawrinka was close to victory and Federer would build upon the lead.

The Americans had other ideas. Mardy Fish stormed to win the fourth set, and broke in the 5th set, only to be broken while serving for the match at 5-3. Wawrinka then evened the match at 5 all, and lead 6-5. With no fifth set tiebreak, the two played on, and it was Fish who eventually prevailed, 6-2 4-6 4-6 6-1 9-7.

With USA leading 1-0, Federer came on to face John Isner, the tall, big serving American. It was up to the Swiss maestro to even the tie heading into Saturday’s doubles. The opening set went smoothly in his favor, with Federer serving out the set 6-4 in 30 minutes. However, early in the second set, Isner’s serve and groundstrokes struck, and never budged, as he completed the unimaginable. Consistently and persistently, Isner plowed to victory. With Federer serving at 5-2 down in the 4th set, the American hit three straight return winners to clinch what he called “the greatest victory” of his career. Isner shocked Federer in the end, 4-6 6-3 7-6 (4) 6-2. USA now leads Switzerland 2-0 heading into doubles tomorrow, where they look to win the tie.

It is the first loss for the Swiss maestro in Davis Cup since 2003. He had previously won 25 of his last 26 singles matches in Davis Cup play, going back nine years, where he lost to Lleyton Hewitt in the semifinal stage. Afterwards, Federer said, “I thought he played great,” “He played it tough and served great when he had to. I just missed a couple more opportunities than he did and that’s what cost me the match.” 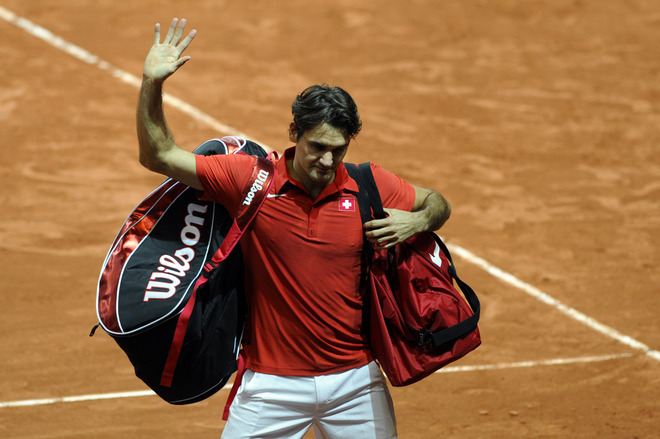 “It’s been a difficult day for us,” Federer said, adding “we still have a chance to go through. I’m going to enjoy the challenge.” (Source: Yahoo tennis, Associated Press) 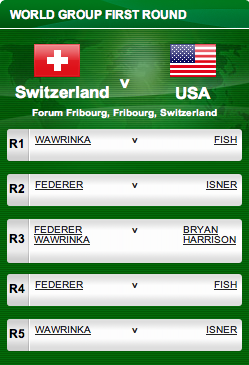