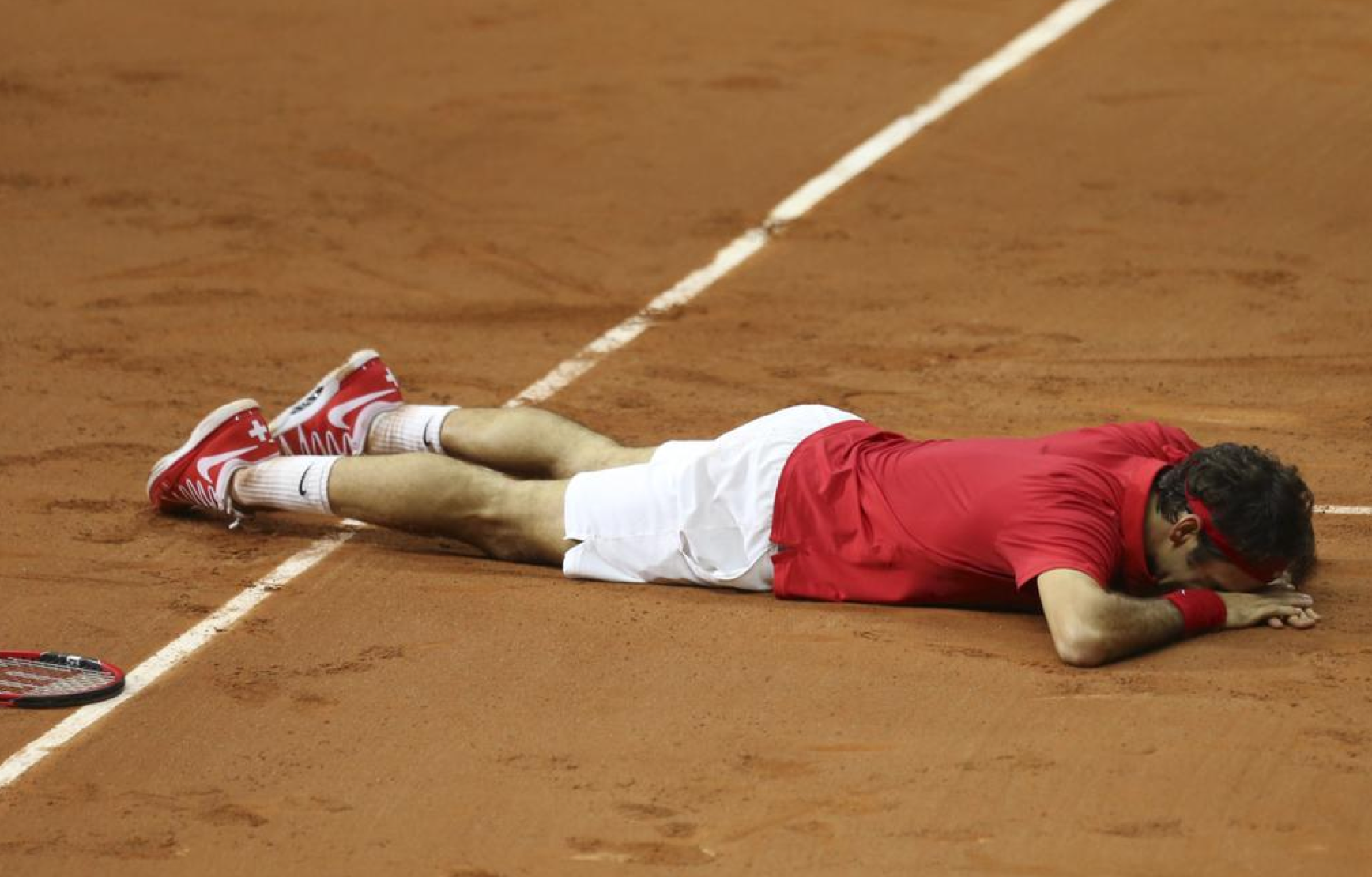 Roger Federer created history Sunday in Lille, France, clinching the final win to give Switzerland its first Davis Cup title. The Swiss maestro was in fine form throughout, as he defeated Richard Gasquet in straight sets, 6-4 6-2 6-2. The outcome seemed inevitable from the start, as the 33-year-old Swiss broke early in the first set, and would break twice in both of the following sets. Gasquet stepped in when the French made a last minute change to replace Tsonga, who was pulled due to a forearm injury. 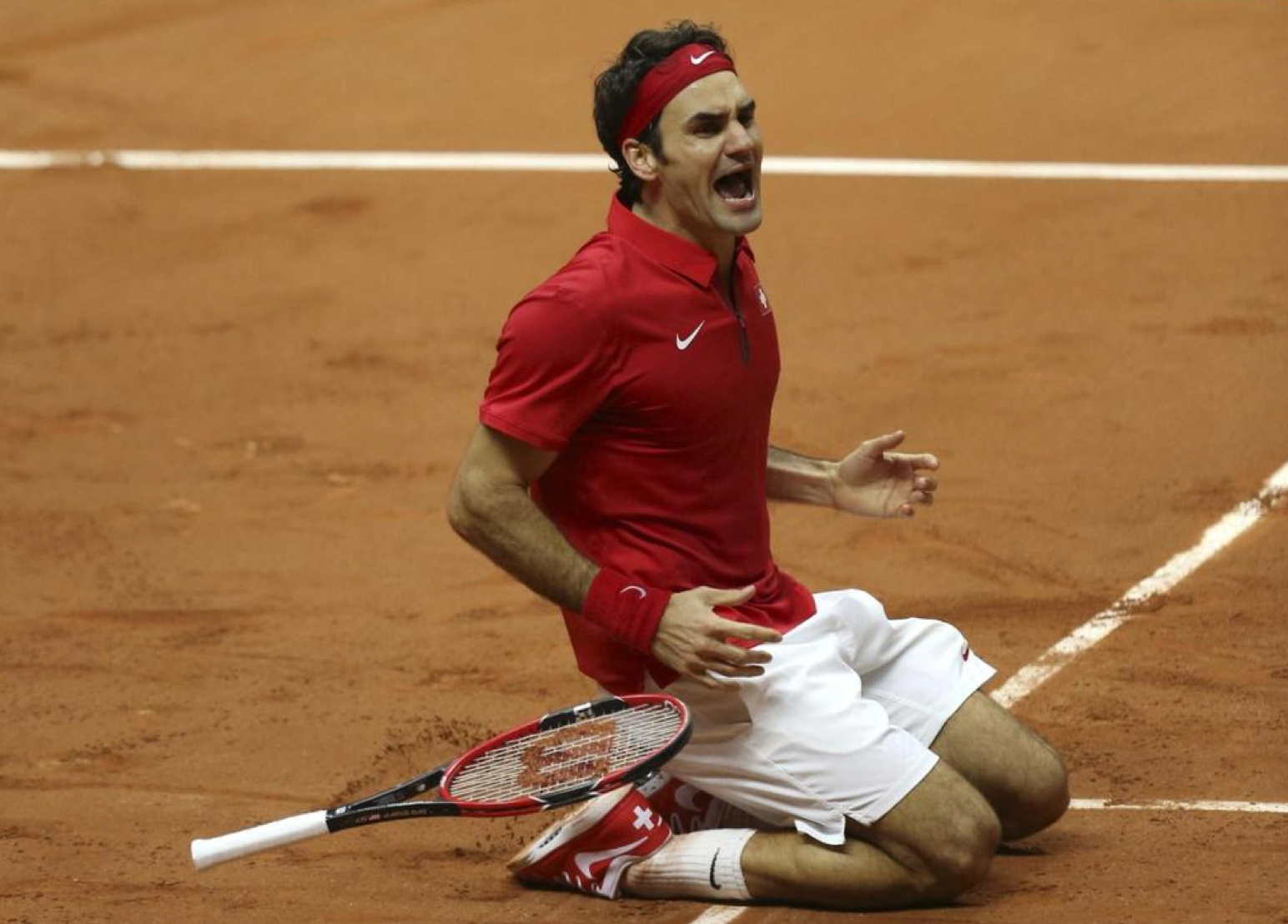 The 17-time grand slam champion sealed Switzerland’s 3-1 victory over France with a drop shot, immediately falling to the ground afterward as Captain Severin Luthi ran on court to celebrate. The historic day was witnessed by a new world record crowd of 27,448 fans in Lille’s Stade Pierre Mauroy.

“I’m unbelievably happy. Amazing feeling to be celebrating with my friends,” said Federer. “Just a great match, great atmosphere. It was a beautiful weekend for tennis.”

“We fought hard for it, I’ve been playing this game for almost 15 years now and clearly I’ve never come as close as this last weekend. I’m happy I was able to stay calm and play a good match when I had to and I’m happy for all the guys on the team.” 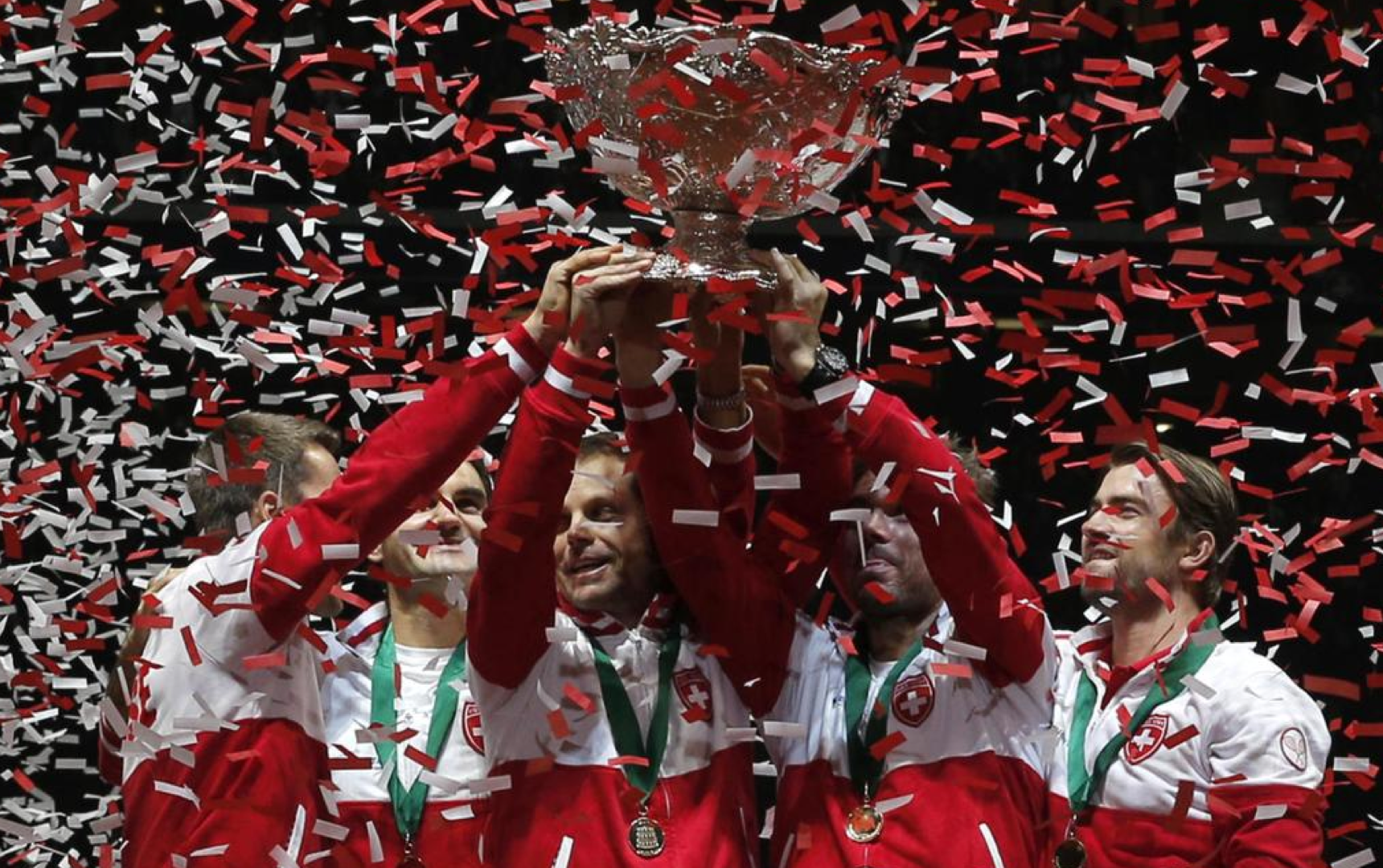 Federer was quick to acknowledge the crucial importance of his entire team’s assistance to prepare him after last Saturday’s back issue, and especially noted Stan Wawrinka’s role. “Everybody worked incredibly hard to get me match ready, and Stan has put in so much effort over the years and played an unbelievable weekend, and that’s what gave me the opportunity today. I’m very much aware of that and this one’s for the boys. This is not for me, this is for them.”