“Federastic” Sunday, Best Weekend of My life. I saw Roger Federer Live From the First Row!!!!!

Hello everyone! I have a lot to share with all of you in this post and this is by far the biggest and best one yet. I was in Indian Wells this weekend and I had the best weekend of my life. I have slept about seven hours in the last few days out of the excitement. I got to see Roger Federer live in person for the first time ever and from super close up!!!!! Seeing Roger was just…WOW. If you were there you could feel it, a whole other level compared to any other player being on the grounds.

In advance I would like to thank the woman who sat next to me during Federer’s match today for the high quality photos she will send me in a few days, and “the guy at Jack in the Box” for the photos he will send me of Rafa Nadal practicing Sunday evening. Thank you so much!

Before you forget, check out all the photos at FF07 on Facebook and videos at FF07 on YouTube. I have photos and video of other players as well (Rafa, Djokovic, Murray to name a few) and I will upload those in the coming days. Indian Wells is an absolutely fantastic tournament and the fans there are very cool. The entire area gives off a vibe of a high level of class and you really get to interact with the players and fans. 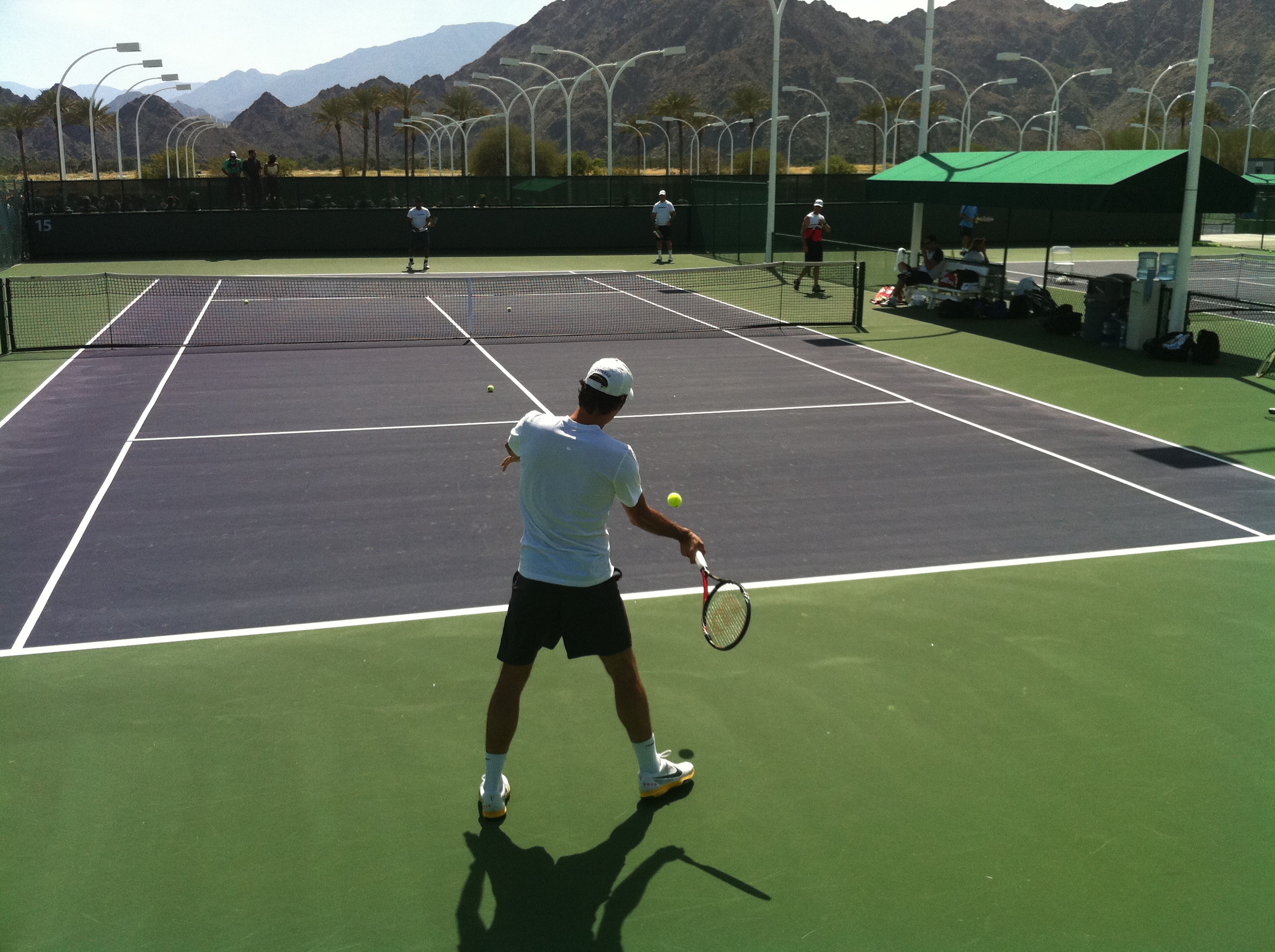 I met a lot of fellow Federer fans as well as tennis fans and so I know those of you whom I met are looking forward to what I have to share. I also had the privilege of meeting John of GoToTennis while watching Roger Federer practice from the front row! Less than hours later, I was sitting court-side (!!!!) at Stadium 1 as he took on and defeated Igor Andreev 7-5 7-6 (4). 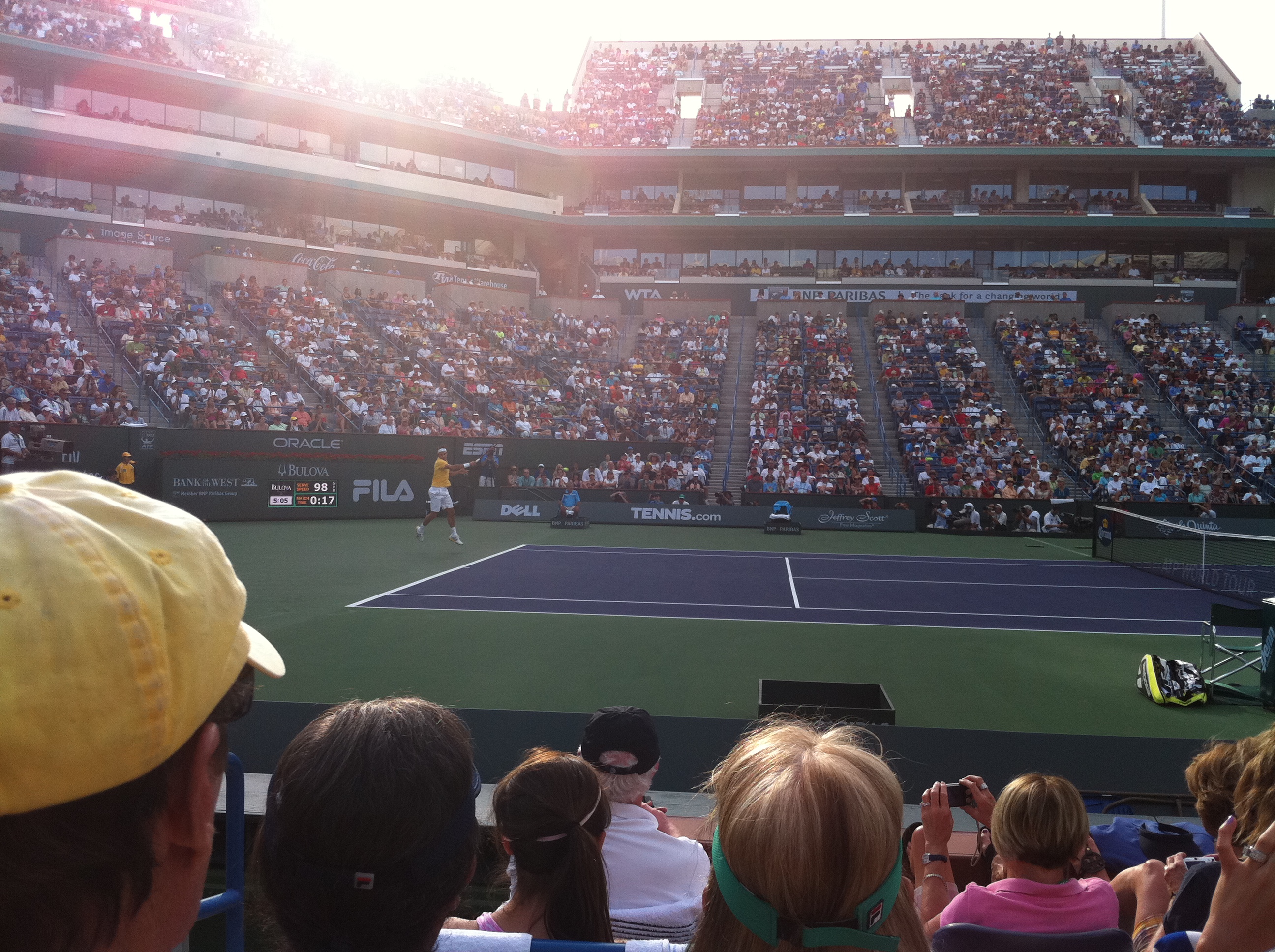 Rogelio made me feel like time stopped for a split second when he saw a slow floating ball go over his head and very nearly attempted a tweener but instead took a step to the left, and scooped up a backhand to continue the point.

Click the image below of the photo gallery to check out all of the close up photos I took on Sunday. 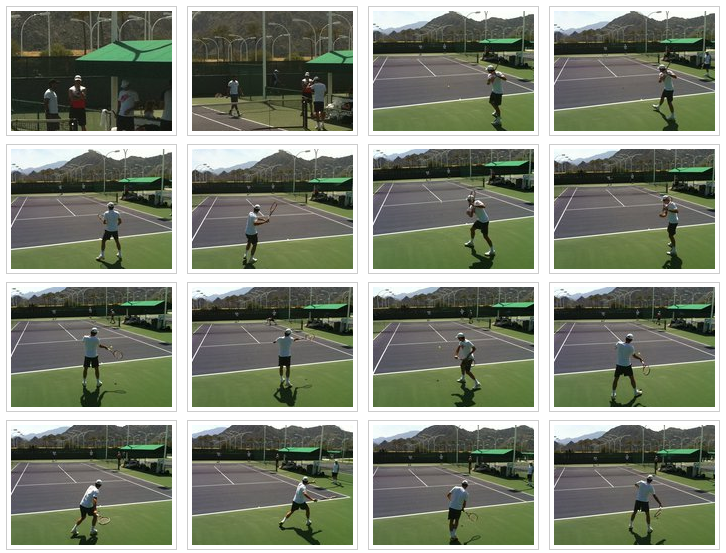 I also got his autograph on my RF hat, but it was crazy to get it! Watch this video!

Here’s video of his introduction and a point played.

Moving on, I made a promise to new friend, 16 year old and neighbor of Novak Djokovic, Emmanuel Rafai, to put up his photo here on FF07 because he’s going to share it with all of his friends and family. He got to hit with Novak! Here he is afterward with his buddy Blain Mott, who got Novak to sign his stomach! I got Novak’s autograph too luckily and you can see Novak graciously signing autographs for everyone *here*. 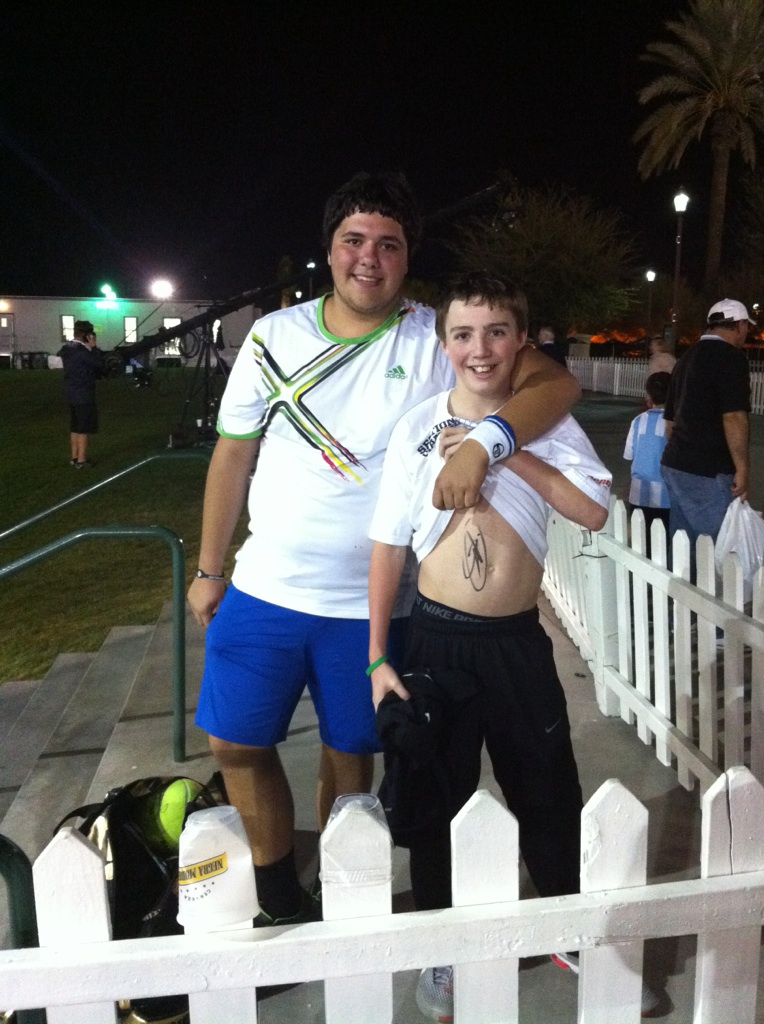 Emmanuel, you better get me a chance to meet Novak someday and hit with him too! I will upload your video of hitting with Nole to FF07 on YouTube and send you the link. My friend has another video of you too so I’ll upload both and send them to you.

So that is everything I have for you in this post. Again, make sure you check out all the photos at FF07 on Facebook and videos at FF07 on YouTube.

Thank you for visiting!!
FF07

FF07 is FedererFan07 – Its for the fans. You make it happen.