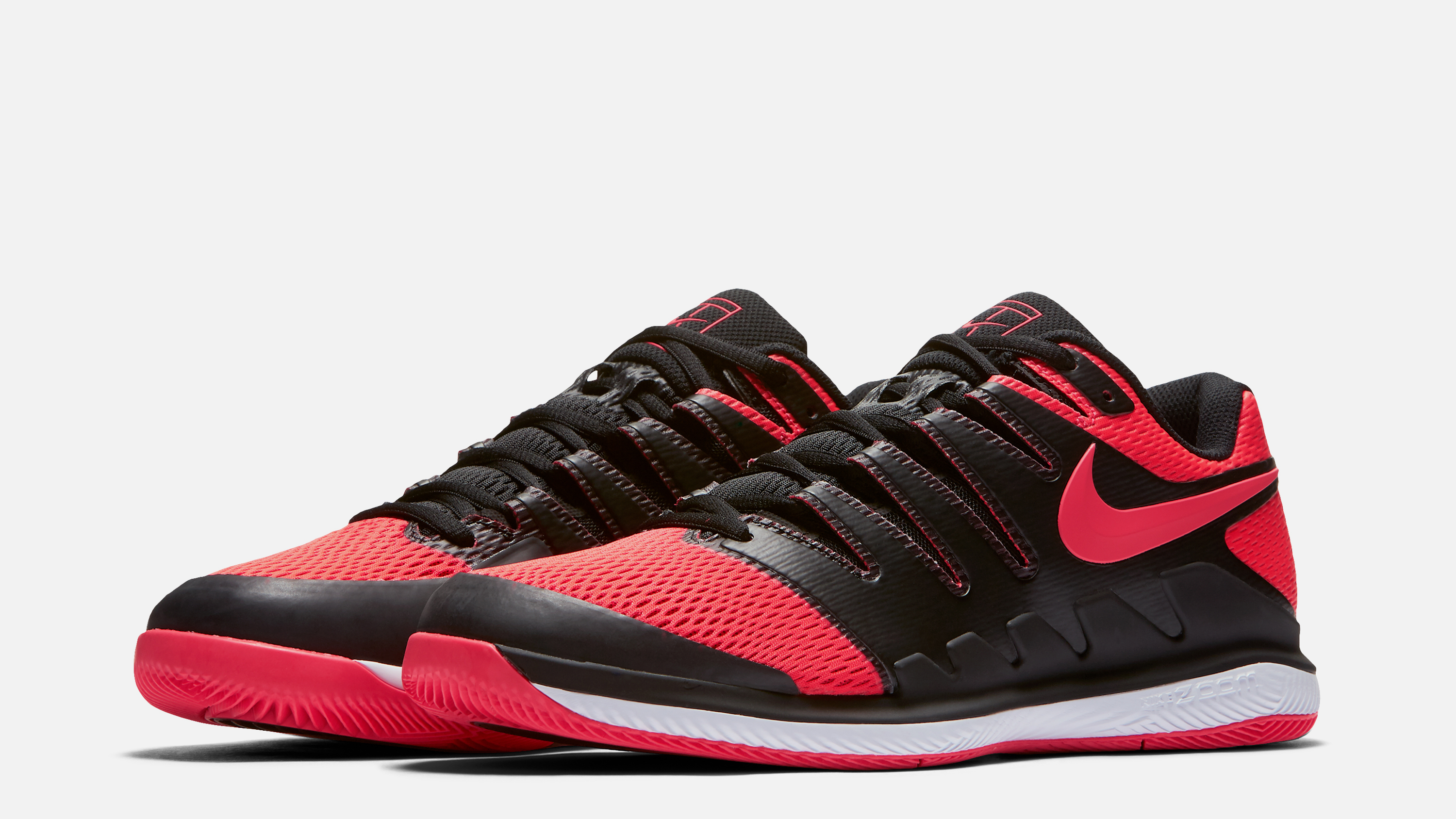 NikeCourt Air Zoom Vapor X – In tennis there are two critical pieces of equipment. First and foremost, there’s the racket. Then there is the footwear. “Changing shoes is always challenging. You have to feel confident in your shoe, and you have to want to change and evolve. It is important to take time to give feedback so the designer can have time to implement it,” explains Roger Federer, who, after claiming a record-breaking 19th major title in 2017, is not only unequivocally the most successful men’s tennis player ever, but also one of the games true footwear experts.

The NikeCourt Air Zoom Vapor X is available at Nike.com/NikeCourt. 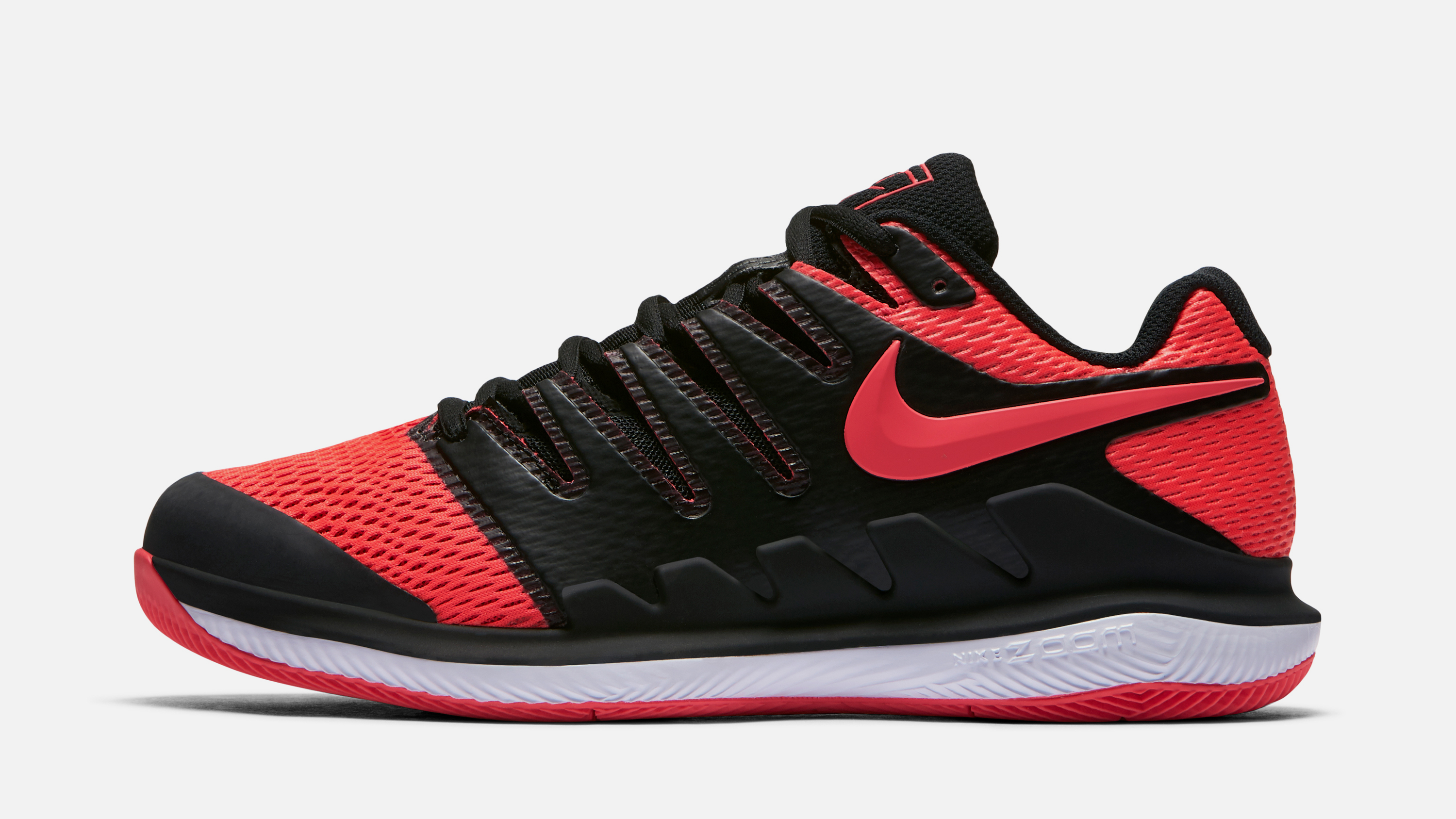 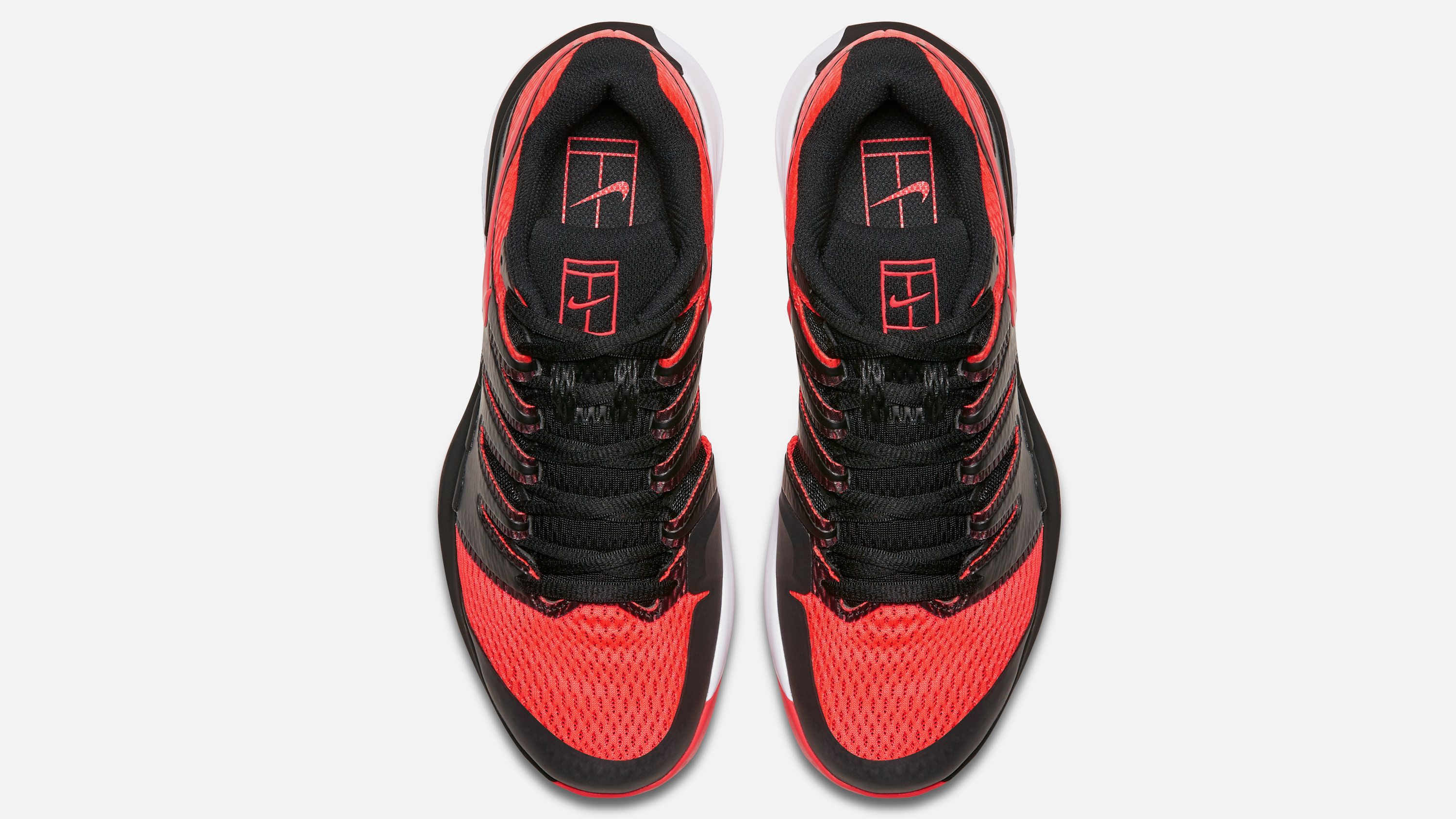 Federer’s insight has been crucial to progressing the ever-popular NikeCourt Vapor line. In fact, it was the Swiss champion’s desire to improve flexibility and comfort, by way of mixing the best of running shoes with the best on-court innovation, a mash-up that set the franchise on its current course with 2012’s Vapor 9 Tour.

“The Vapor 9 was a great shoe from the beginning. Tinker Hatfield did a great job of understanding exactly what I was looking for: a combination of a tennis shoe and a jogging shoe,” says Roger Federer. “The Vapor X is lighter than the 9 and 9.5. It is an evolution, the next generation.” The ‘X’ in the name of the new shoe is actually the Roman numeral for 10. 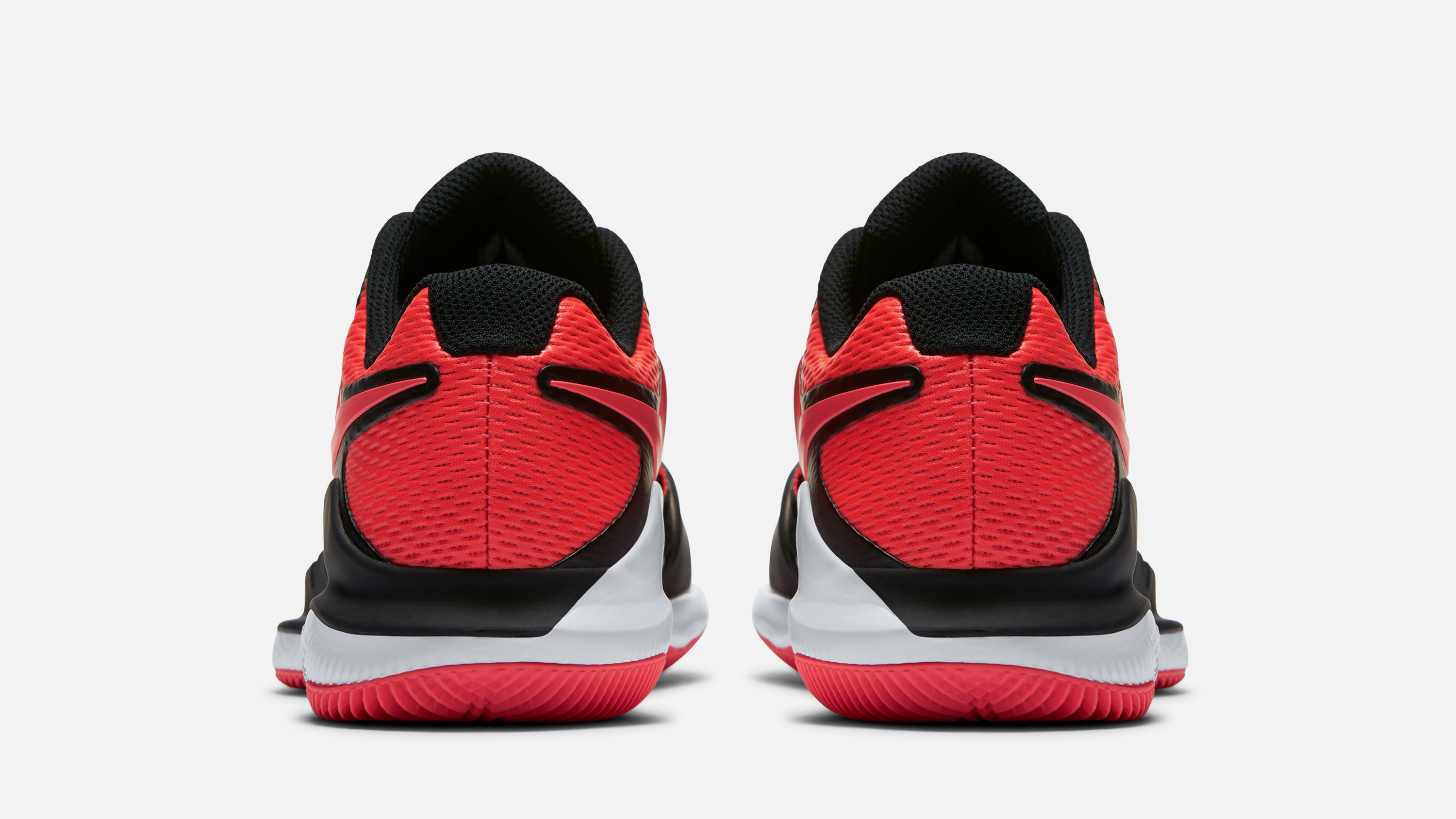 Federer’s footwear acumen is not only judged by his record in the Vapor franchise (or his crossover collaborations), but also in the adoption of it by other athletes. Currently, 81 percent of athletes on the NikeCourt tennis roster wear Vapors. This includes rising Australian star Nick Kyrgios and American phenom Madison Keys.

“All of my success is because of the Vapors,” jokes Madison Keys. There’s a shred of tongue-in-cheek truth there: Since she began wearing the Vapor franchise in 2015, she’s captured two of her three career tournament victories, cracked the women’s top 10 and made her first major final.

Keys, famously fastidious about her on-court equipment, was one of the first athletes to trial the Vapor X. She first hit in the new silhouette in March 2017 — and noted an immediate comfort. “I put it on and I hit in it, it was like, ‘Yeah, these are great. I would love to wear these during matches,’ which isn’t always the case,” she says. 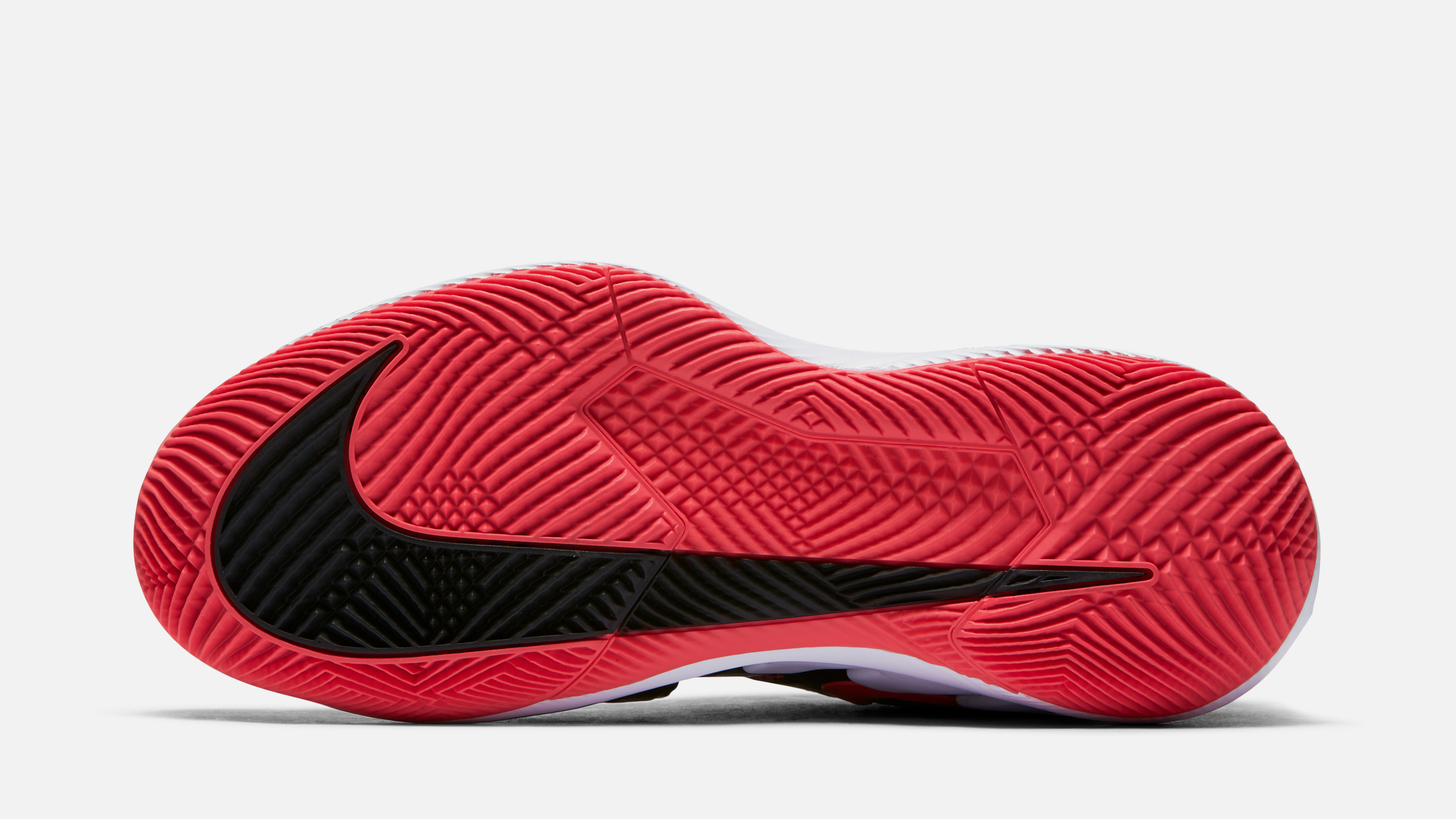 Keys traditionally preps her match shoes with four or five days of practice, which she says helps to get them “stretched out in the places that I need them to be stretched out.” That’s because, for Keys, there is a fine line between rigidity and elasticity. However, the Vapor X’s open engineered mesh alleviates that break-in demand. “It feels more flexible,” notes Keys, who will start wearing the Vapor X at the beginning of the 2018 season.

With a larger, more aggressive foot frame than its predecessors, the Vapor X provides enhanced containment, evolving the shoes Dynamic Fit system while maintaining the same fit as the previous silhouette.

Another enhancement comes via the shoe’s traction pattern. Employing data culled from a Nike Sports Research Lab study on tennis wear patterns, the modern herringbone, formed through computational design, follows pressure and traction maps that result in different densities in different areas. Increasing the scale of the rubber toe bumper is another response to the wear zone data, and the mid-foot shank has increased in size and reduced in weight to offer greater stability.

Watch for the latest edition on players including Federer and Keys in the upcoming tournaments in Australia, and see where the newest model will take Nike’s most winningest, athlete-favored court shoe, NikeCourt Air Zoom Vapor X.

The NikeCourt Vapor X releases December 23 on Nike.com/NikeCourt and at select retailers. And, just like with earlier models, don’t be surprised if any special editions pop up.