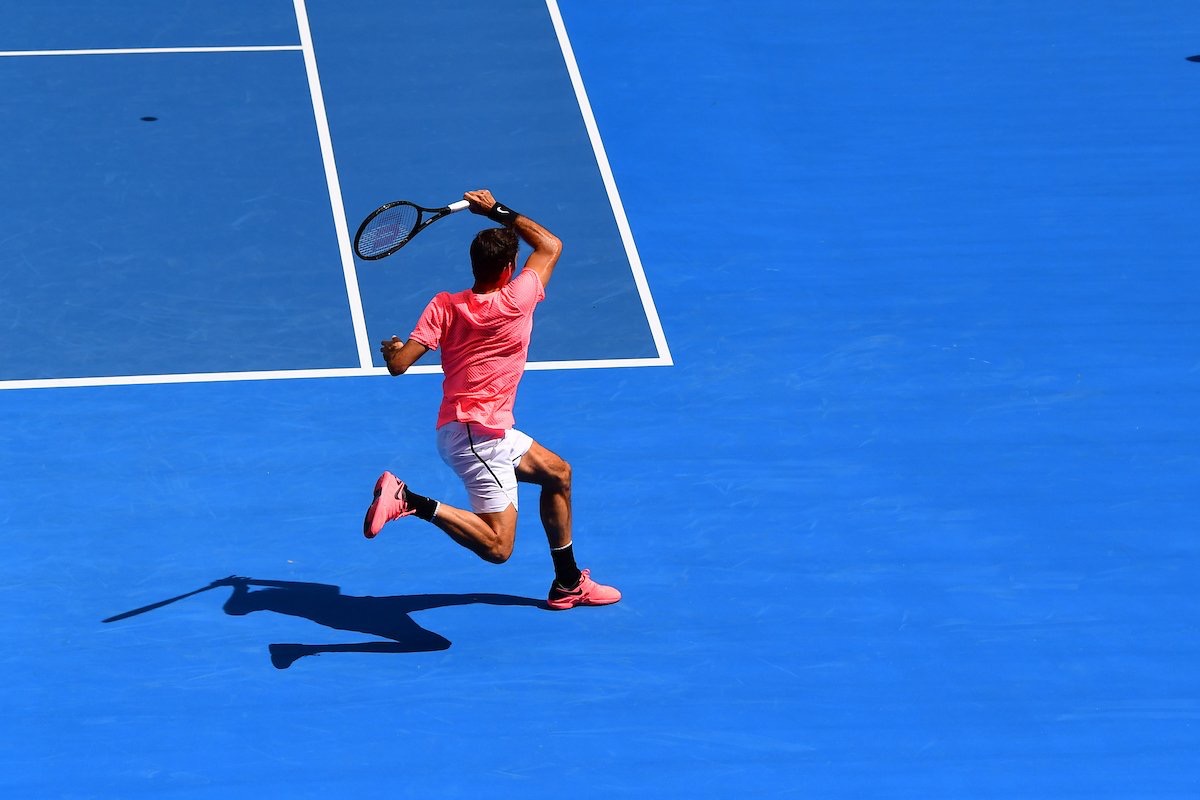 2018 Australian Open Draw – New year, new look, when it came to the unveiling of the men’s and women’s draws for the season’s first grand slam. Normally held in the morning on the Friday before the start of the tournament, this year’s Australian Open draw was held Thursday evening at 7:00 p.m. AEDT on Margaret Court Arena. The actual draw was being run by tournament director Craig Tiley while the center spotlight of the court featured lengthy interviews with Roger Federer and Maria Sharapova. Following the interviews was on-court unveiling and analysis of both draws.

The Swiss maestro seeks his 6th Australian Open title and 20th grand slam title to start 2018. He enters as the defending champion and is seeded second in the bottom half of the draw. Federer will face Aljaz Bedene in his first round match on either Monday or Tuesday in Melbourne. The 36-year-old Swiss could face Jan Lennard Struff or Soonwoo Kwon in the second round, and potentially twenty-ninth seed Richard Gasquet in the third round. A projected fourth round match would feature thirteenth seed Sam Querrey, and either seventh seed David Goffin or twelfth seed Juan Martin Del Potro in the quarterfinals. 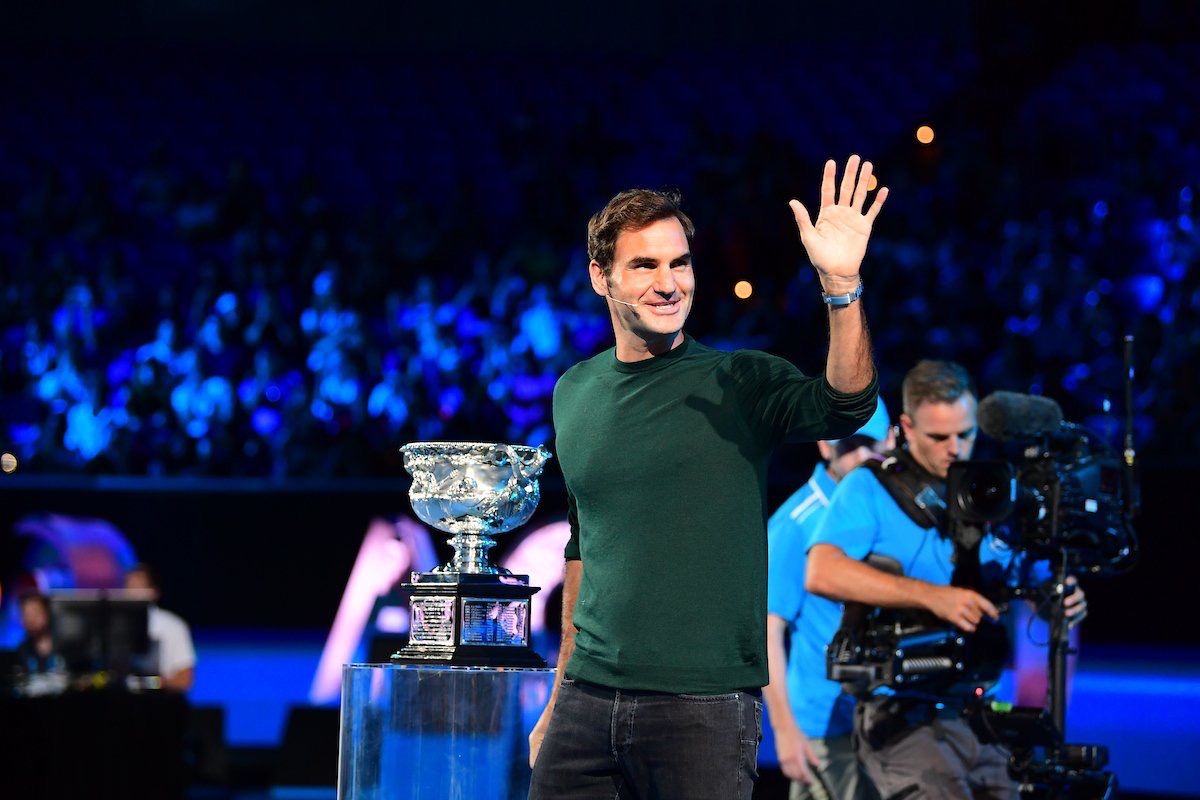 The loaded bottom half of the draw would bring a blockbuster semifinal, where Federer could face one of the top seeds in fourth seed Alexander Zverev or fifth seed Dominic Thiem, or heavyweight grand slam champions returning from injury, in ninth seed Stan Wawrinka and fourteenth seed Novak Djokovic. Possible opponents in the final are top seed Rafael Nadal, third seed Grigor Dimitrov, and sixth seed Marin Cilic. Main draw play begins Monday, January 15 (Sunday, January 14 in the US). View the full draw below. 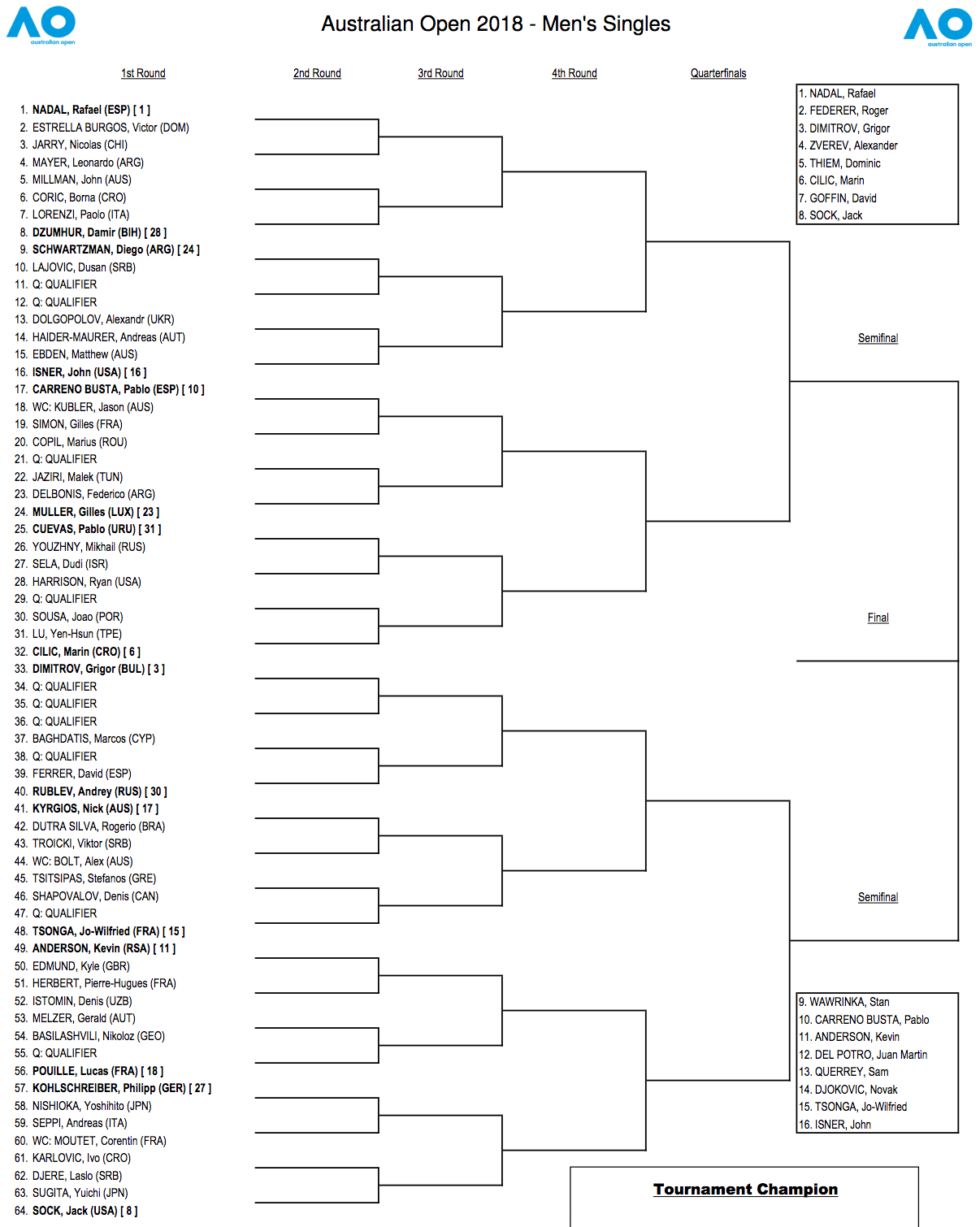 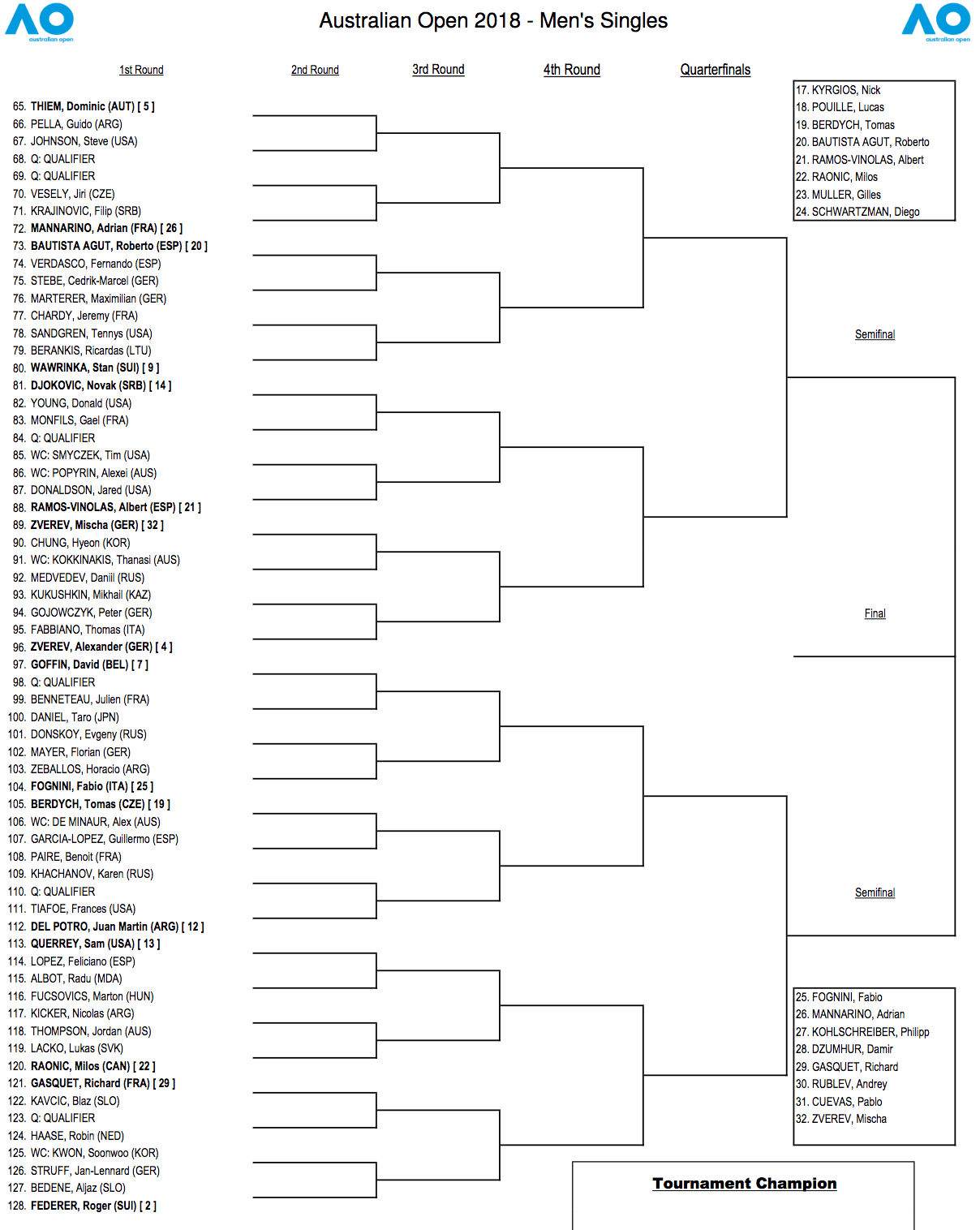