Federer Sets Del Potro Clash at Shanghai Rolex Masters – Roger Federer took another step toward earning his second Shanghai Rolex Masters title on Friday with a closely contested 7-5 6-4 win over Richard Gasquet to advance to the semifinals, where he will face Juan Martin Del Potro. The Swiss maestro hit five aces to two double faults, making 79% of his first serves in, winning 75% of points on his first serve, and 54% of points on his second serve. He saved two of three break points faced, and converted three of eight break point opportunities.

“I thought it was a really good match. Some big points, important shots at the right time for both guys sometimes to stay even, and we both created chances,” Federer said. “I thought we were able to keep up the level from the beginning till the very end…I enjoyed it, you know, because it was slices and topspins and angles and power and finesse. I think the match had a bit of everything.”

Federer found his opportunity to break in the eleventh game of the first set, giving him the edge to win the opening set, and build on his momentum to break Gasquet’s serve in the next service game as well to immediately take a quick lead in the second set. Although he dropped serve in the very next game, Federer broke serve for the third time in the match at 3-3, after which he would continue to hold serve, closing it out in 1 hour 18 minutes. 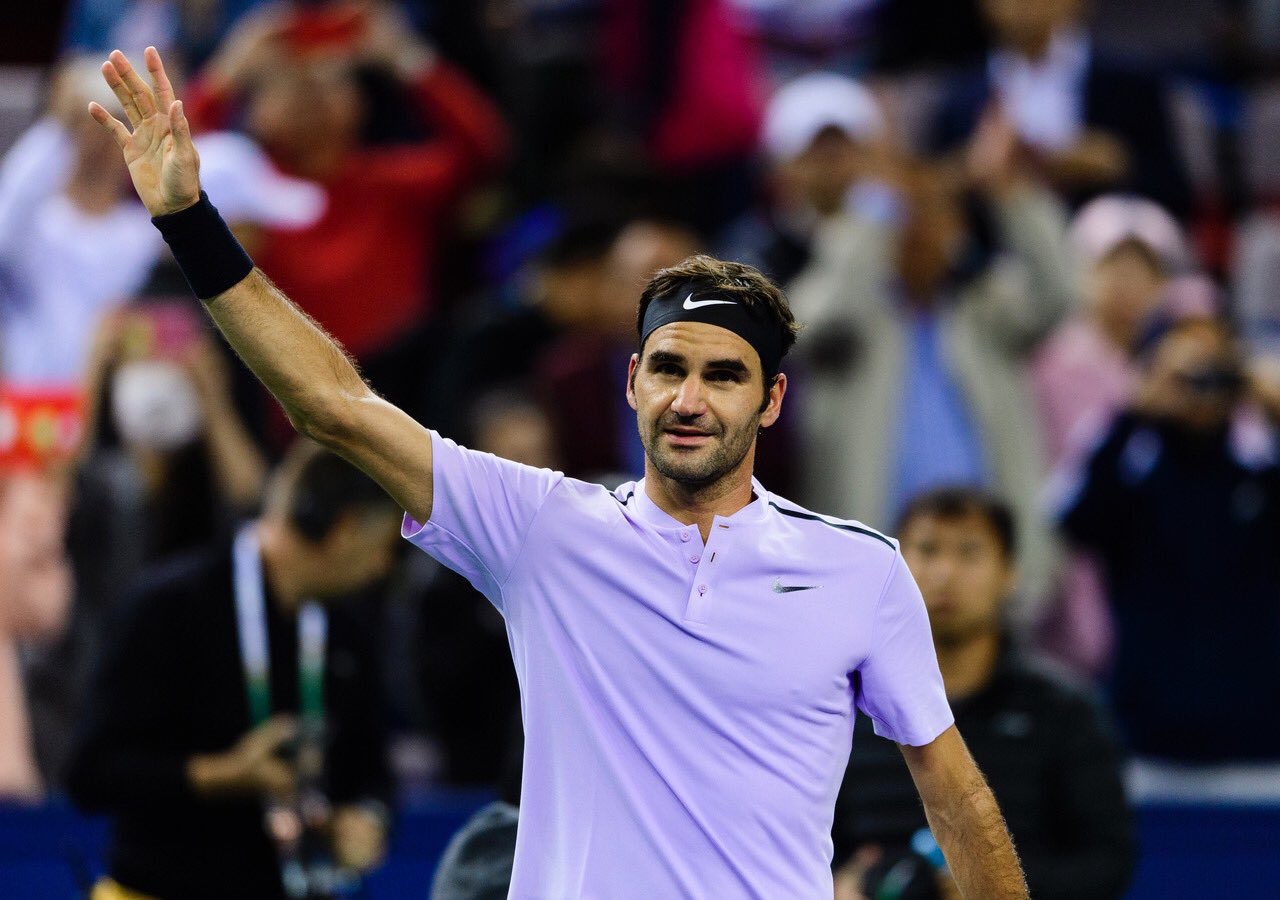 Federer said during his press conference that he saw del Potro fall and hurt his left wrist during the Argentine’s quarterfinal victory against Viktor Troicki, and a reporter informed the Swiss that Del Potro went to the hospital to get an MRI.

“I hope for him that it’s nothing serious. Of course it’s on the wrist, as well, that he’s had problems in the past, so this is where, you know, he’s worried, rightfully so. For me, at the end of the day, nothing changes, you know. I’m ready to come out here tomorrow and see the match like it’s a revenge chance for the US Open, you know, where it was tight and I couldn’t win. So I see that more than his injury,” Federer said. “But I hope for now that Juan Martin can recover and we can play a normal match.”

Federer owns a 16-6 lead in his head-to-head against del Potro, including wins in three of their past four matches. However, a month ago, it was Del Potro who prevented the first Federer-Nadal match at the US Open when he defeated the Swiss in four sets in the quarterfinals.

The #2 seed has not dropped a set this week in his pursuit of a third ATP World Tour Masters 1000 title this season (Indian Wells, Miami).