Federer Cruises Past Dolgopolov at Shanghai Rolex Masters – Roger Federer continued his pursuit of a second Shanghai Rolex Masters title with a straightforward 6-4 6-2 win over Alexandr Dolgopolov to advance to the quarterfinals. The Swiss maestro was never challenged throughout the match, facing just one break point, as he served for the first set. In the second set, Federer then broke the Ukrainian’s serve in a 19-point game at 4-2 to allow him to serve for the match, which quickly closed out. World #2 in the Emirates ATP Rankings, the 19-time grand slam champion has already qualified for the Nitto ATP Finals and is seeking his sixth title of the season, which would tie Rafael Nadal for the ATP World Tour lead.

The 36-year-old Swiss faces Richard Gasquet in the quarterfinals on Friday in Shanghai, against whom he has a 15-2 lead in their head-to-head. Federer has not lost to the Frenchman since 2011 in Rome, with the other defeat coming in Monte Carlo in 2005.

Gasquet advanced to the quarterfinal with a 7-5 6-7(5) 6-3 victory over compatriot Gilles Simon in 2 hours and 40 minutes. 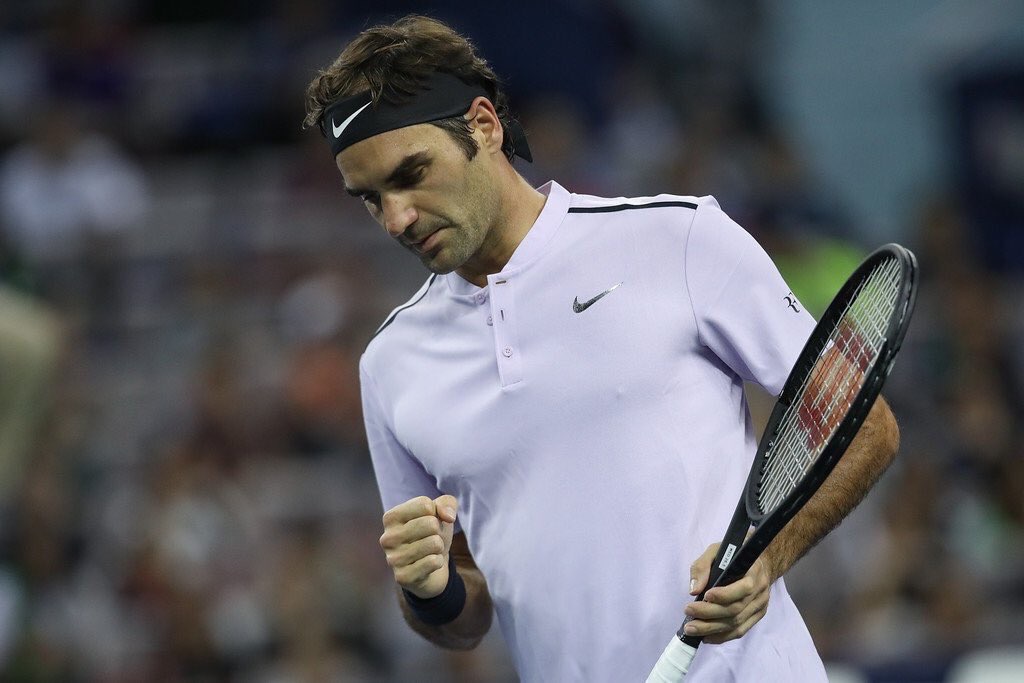 “I felt good in the first match, I must tell you,” said Federer of his opening victory over Diego Schwartzman in which he broke on two of eight opportunities. “So I felt, I think, the same. I think maybe the matchup was maybe a bit easier and I took my chances more. Had a better ratio of winning on the break points that I didn’t quite have against Schwartzman. That’s maybe the biggest difference of both matches, so I’m happy I was able to do better today on the break points.”

“I like playing Gasquet on fast courts,” Federer said. “I hope I can again put in a similar performance like today.”