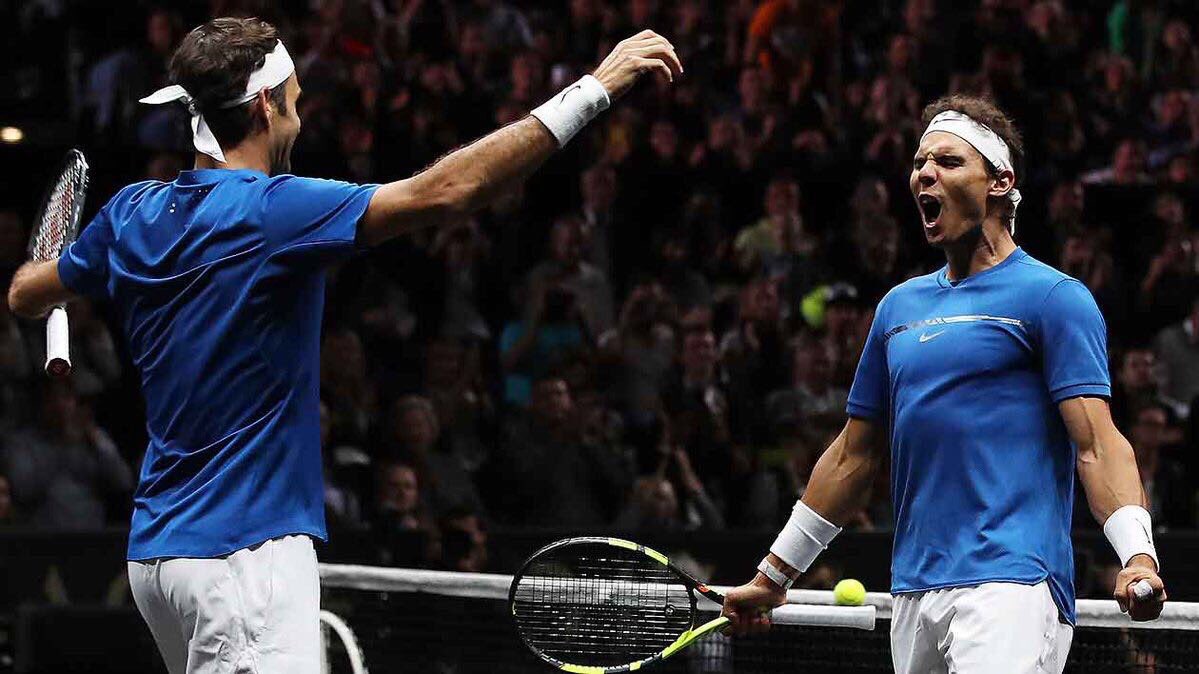 Federer, Nadal, Unite Victoriously in Laver Cup – Roger Federer and Rafael Nadal teamed up in doubles for Team Europe, for the inaugural Laver Cup held in Prague, Czech Republic. The epic duo took on Sam Querrey and Jack Sock of Team World, as all four players were playing doubles for the first time with their partners. The hype leading into this weekend’s competition was building continuously, and when captain Bjorn Borg named the two greatest male players in tennis today, it was real, as became the hashtag on Twitter, #FedalUtd. The Swiss maestro and Spaniard from Mallorca displayed quite the dynamic, calling plays and high-fiving between points. Often enjoying each other’s company throughout the inaugural Laver Cup, fans of both players have enjoyed labeling a ‘bromance’ in good fun.

In the sixth game, the Americans lobbed, Federer called “mine”, but both he and Nadal went for it. It was Federer who blinked first, ducking dramatically at the last minute as Nadal backpedalled to hit an overhead winner. The crowd loved it, even though the legends had come close to tennis’s version of mutual self-destruction. 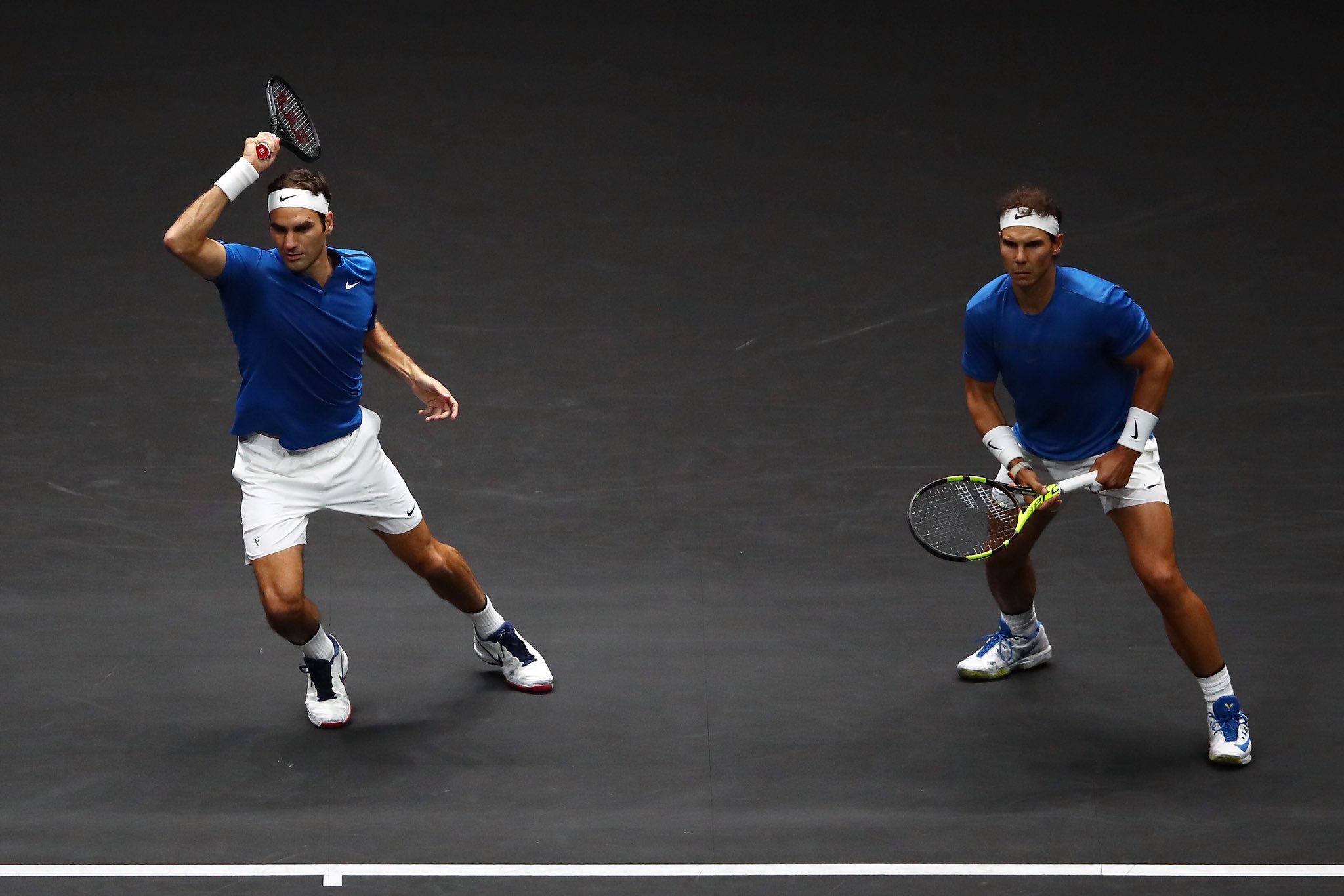 Federer and Nadal secured the first set 6-4, with a break at 3-2, but Team World would not be counted out, as Sock pummeled forehands and Querrey began to find his range as well on serves and volleys, taking the second set 6-1. However the combined 35 grand slams, including all four in 2017, proved too much as Team Europe dominated in the tiebreak to claim victory. 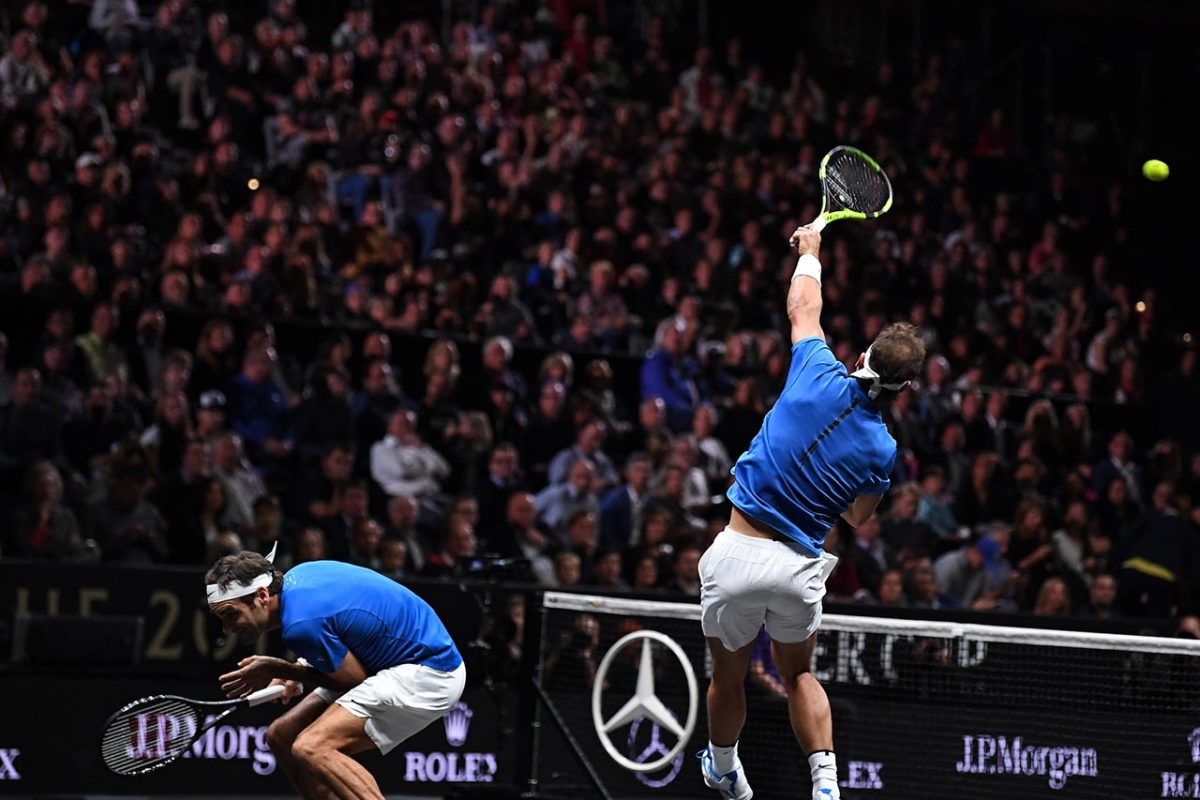 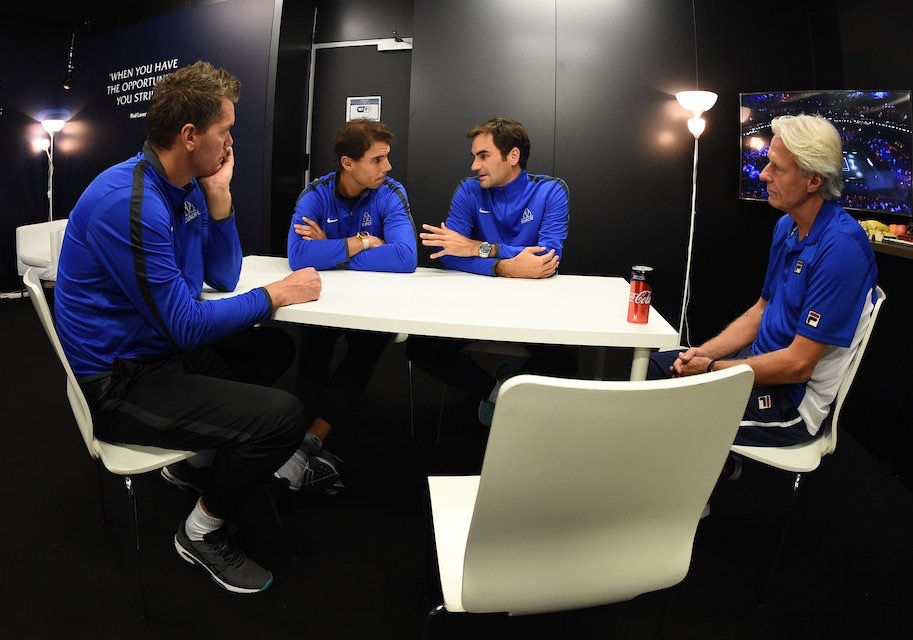 So has this started a trend? It seems not. While Nadal described the experience as “an unforgettable day”, and Federer talked about it being “an absolute pleasure” to play alongside Nadal, both men left the strong impression that this was a one-off. “After being rivals for so many years, to be in the same part of the court fighting for a team is something special,” said Nadal, while Federer said he’d enjoyed “seeing his [Nadal’s] thought processes and knowing I could trust him on the big points.”

Yet when it came to whether they would play together again, Federer said they had agreed to give camera teams unprecedented access to their preparation and team meetings, specifically because this was a once-in-a-career opportunity. “We’re essentially singles players who play a bit of doubles,” he said, “and I don’t think that’s going to change.”

Watch full coverage of the 2017 Laver Cup on FedFanTV.