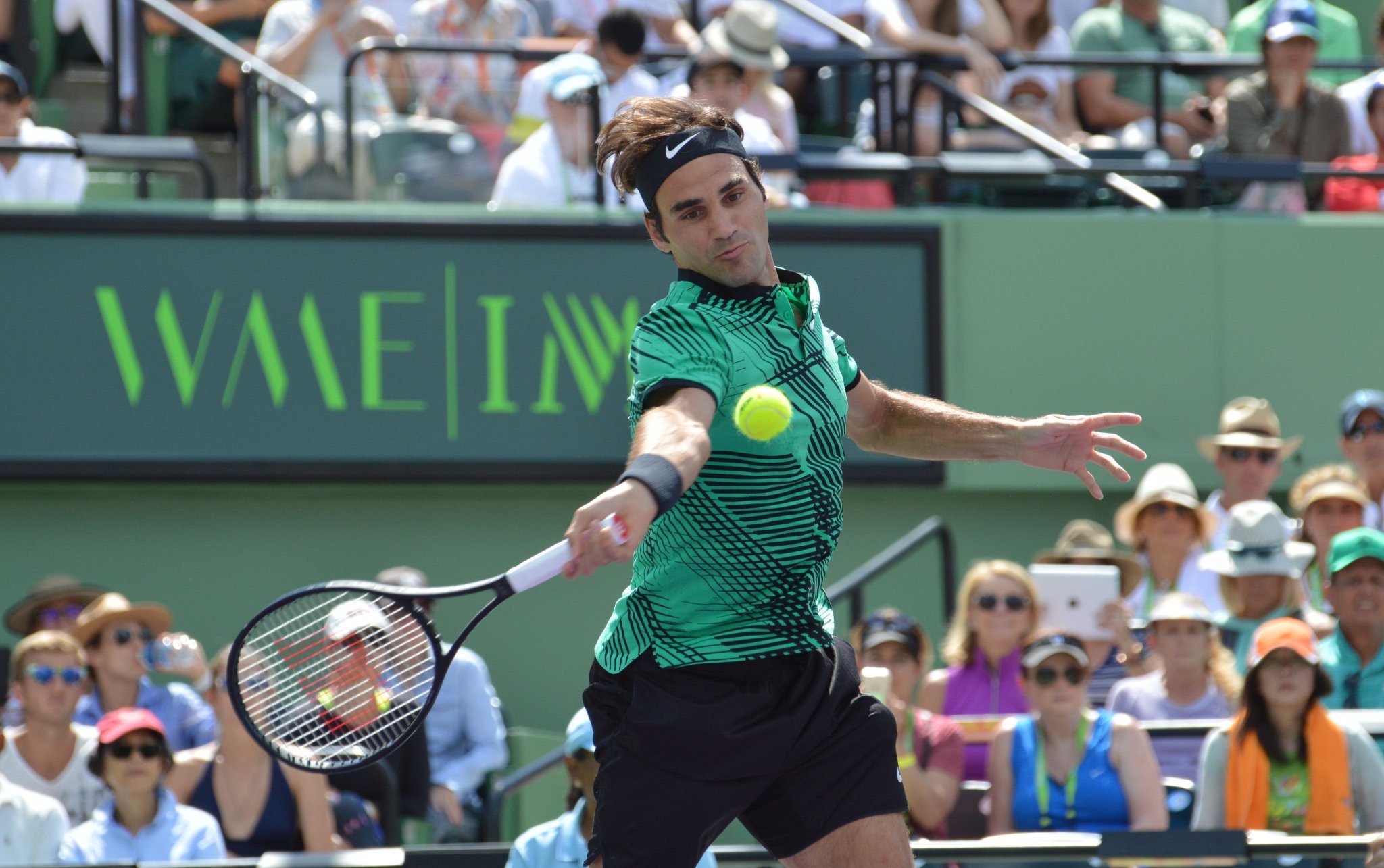 Federer Surges Past Del Potro at Miami Open – In the most anticipated match of the day, Roger Federer saved all five break points he faced Monday afternoon in Miami and advanced to the fourth round with a 6-3 6-4 win over Juan Martin Del Potro. The Swiss maestro had not faced the powerful Argentine since their memorable match at the ATP Finals in 2013. Taking a 15-5 record against Del Potro into their third round at the Miami Open, Federer continued his strong serving, chipping away into return games, eventually breaking late in the first set.

The 2005 and 2006 champion soon served out the first set with an exquisite drop shot, and as good as a frontrunner the sport has ever seen, broke Del Potro for 3-2 in the second set and never looked back. With the win, Federer leads in their FedEx ATP Head2Head series lead to a 16-5 record. The 35-year-old Swiss is now 15-1 for the season.

Statistics shown during the match highlighted Federer’s returns from within the baseline, allowing the Swiss to control play from the beginning of each point. After the match, he spoke about his aggressive game plan. “I felt like I was in control and I was able to generate more chances than he did,” Federer said. “I was more the aggressor. It was more on my racquet, and I like it that way.” 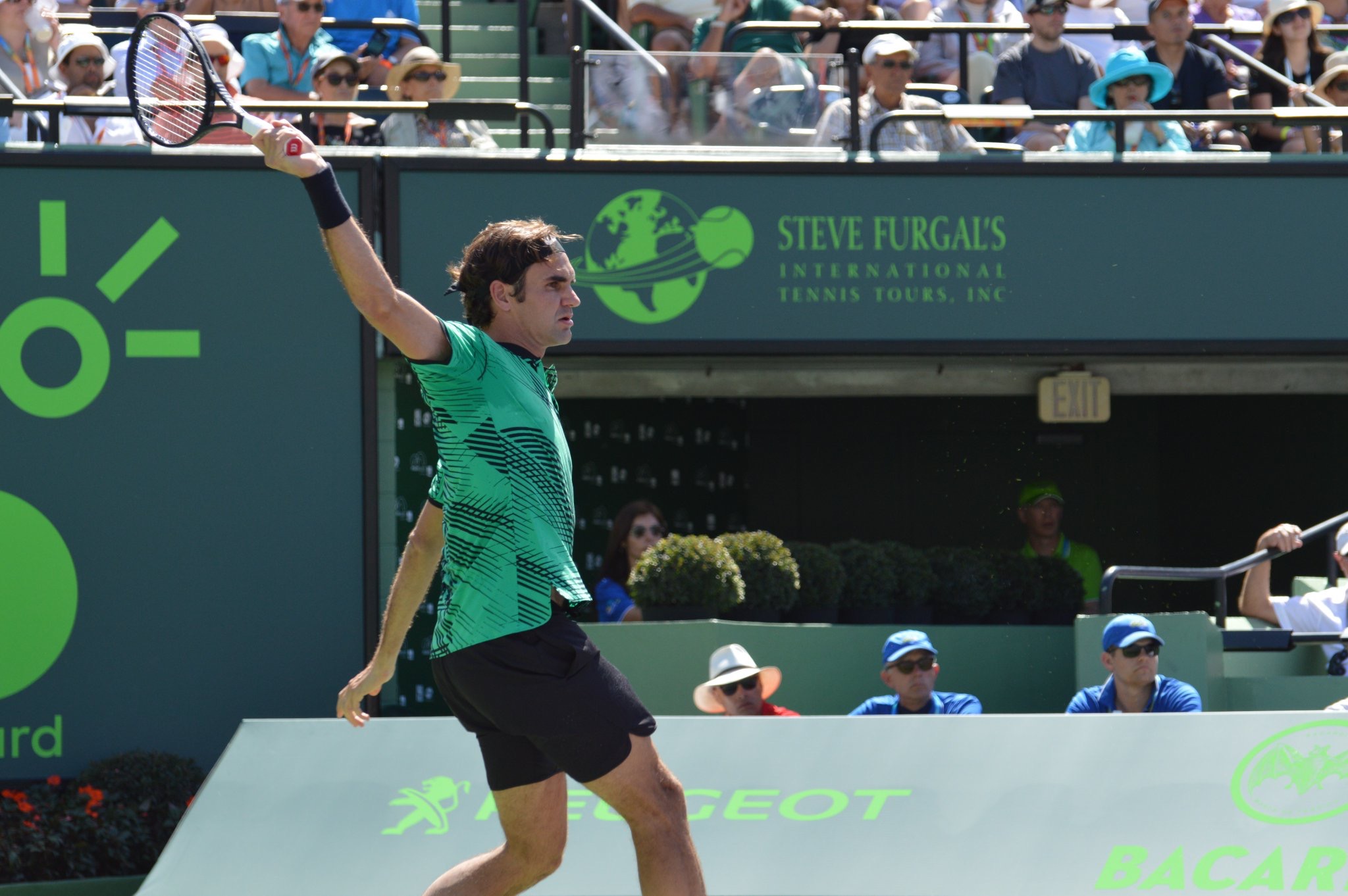 Looking ahead to his fourth round match against Roberto Bautista Agut, the Swiss star is well aware of what he will need to bring to the court to win. “He competes so well point for point, day in day out, and he plays a ton of tournaments, and he’s really just match tough… I hope I can use my variation to really make him feel uncomfortable,” said Federer, who leads their FedEx ATP Head2Head series 5-0 and is a perfect 12-0 in sets against the Spaniard.

Federer faces Bautista-Agut in the fourth round of the Miami Open, scheduled to be the third match on Tuesday, not before 1:00 p.m. EDT/10:00 a.m. PDT.