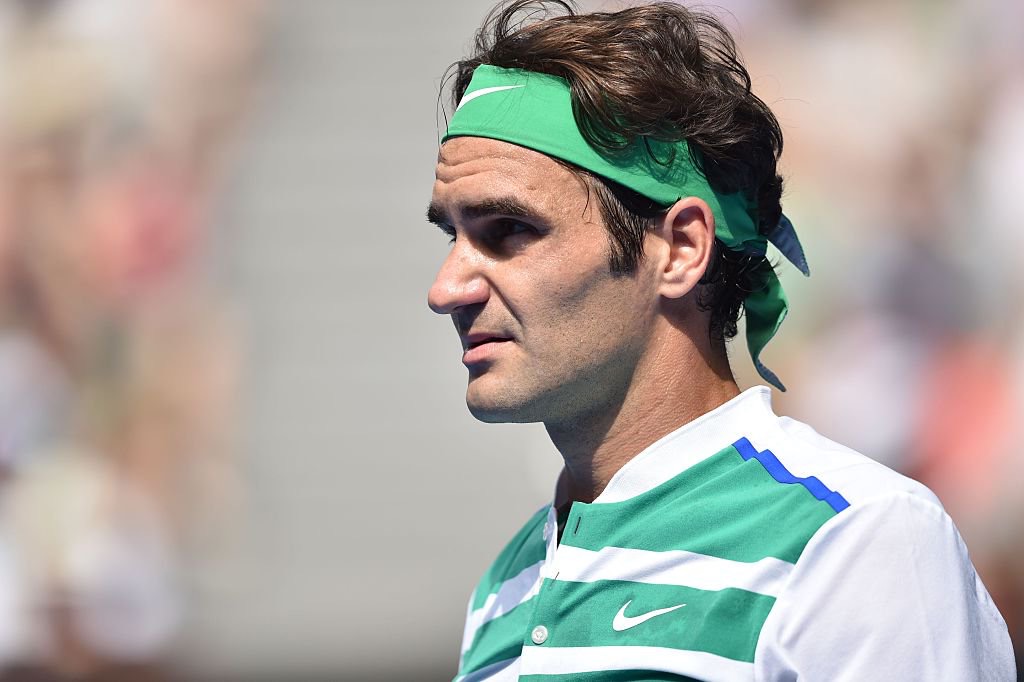 Roger Federer has not played an ATP World Tour match since July, but has been training regularly in Dubai recently in his path to return to action in January. During this prolonged time off, there have been many more questions than before. “The kids were asking, ‘When are we leaving again?’” Roger Federer said in an extended interview from Dubai on Friday.

However, that ‘while’ is nearly over. The next family business trip is now fast approaching. Federer is set to return to action next month in Perth, Australia, at the Hopman Cup team event before the first grand slam of the year at the Australian Open in Melbourne. 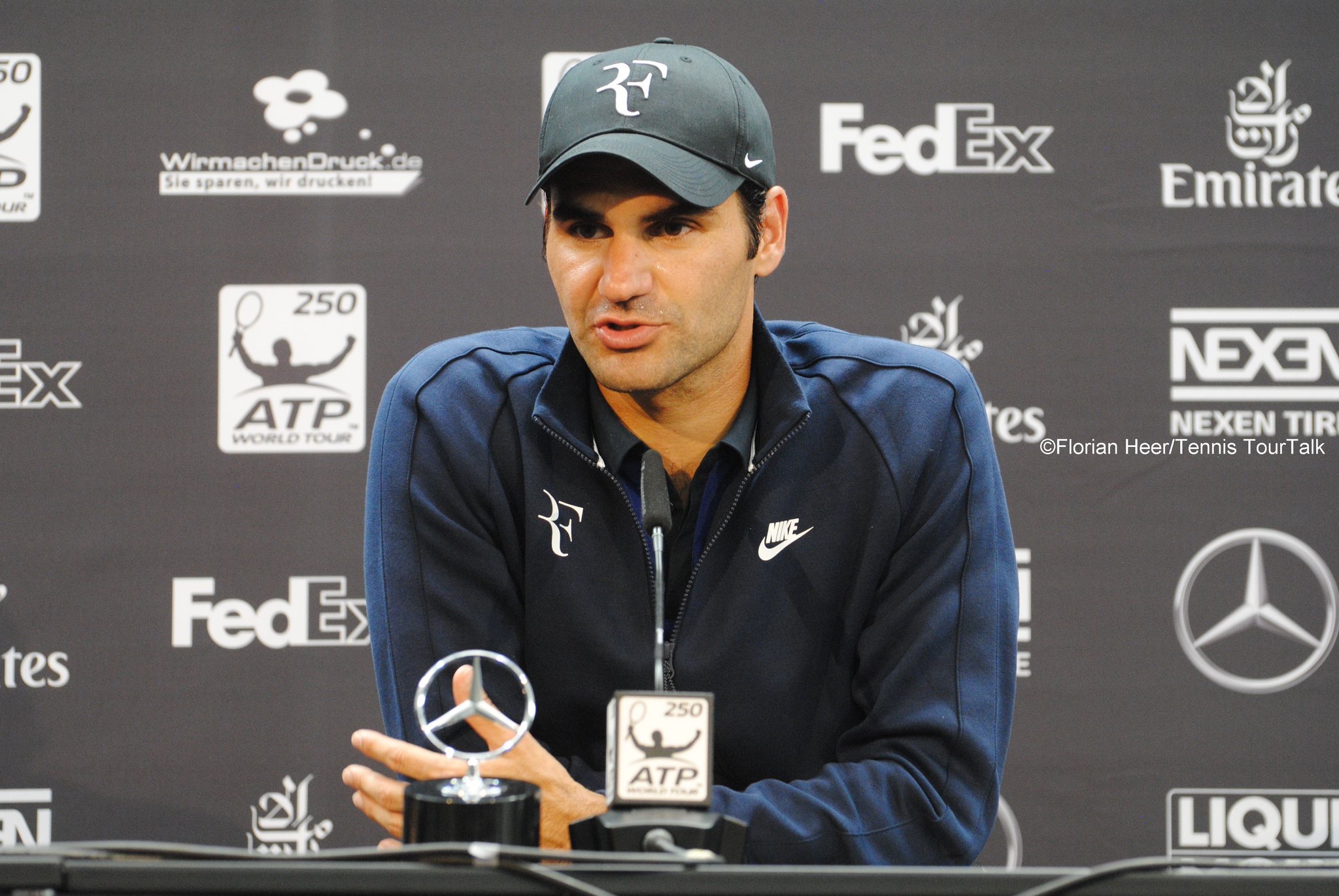 While his longtime rivals Andy Murray and Novak Djokovic battled for the #1 ranking and his fellow Swiss Stan Wawrinka won the US Open, Federer got a taste of retirement with his longest break from the tour since he turned professional in 1998. Now, he will make an attempt his first comeback, at the world ranking of #16, his lowest since 2001.

“It actually felt like I had my first real comeback in April when I came back in Monaco, especially having had surgery, because I never had surgery before,” Federer said. “So that felt like a real comeback to me, but this one feels bigger, obviously, because two months is not like six months. Clearly this comeback is going to have a different place in my career, for sure.”

Federer, 35, has little left to prove. He has already won a record 17 Grand Slam singles titles and 88 career titles overall. He has maintained a standard of excellence for far longer than most tennis champions do. Although he said he had treasured his time away from the tour with his wife, Mirka, and their four young children, he insisted that no consideration had been given to making the break permanent.

“Mirka is totally committed, totally happy,” he said. “The kids love it, and I’m still hungry, and now I’m even refreshed and rejuvenated.” The question of retirement never came up. For Federer, the questions were instead: “Can I still do it? As a player, can my body still do it? Can my mind still do it?”

The new season brings a convergence of the established and up and coming players. The new wave is full of promise, led by Dominic Thiem, Alexander Zverev and Nick Kyrgios. There are also many established stars in their primes: from Milos Raonic, Kei Nishikori and Juan Martín del Potro to the multiple Grand Slam champions Wawrinka, Murray and Djokovic. At 2017, Federer and Nadal would be categorized as the old guard.

Despite being absent from the tour, Federer, said he had kept checking the scores on his phone as Murray dueled with Djokovic down the stretch in November to secure the year-end #1 ranking.

“I was very surprised just because when a guy starts a season the way Novak does, achieves his dream by winning the French and his fourth Slam in a row, of course there’s no way in the world that anybody, even the players, start thinking another guy could actually finish No. 1,” Federer said. “Novak, let’s be honest, actually didn’t play too bad in the second half. He won Toronto. He played finals in many other tournaments: U.S. Open, the World Tour Finals. You would think that that’s going to be enough, but what it required was something extraordinary, and Murray was able to deliver that, and that’s where I take my hat off.”

Federer did not experience a letdown in 2009 after winning the French Open, the only major singles title he had lacked. But he said he could certainly comprehend the perils of Djokovic’s emotional journey in 2016.

“Maybe it’s only human and understandable that Novak had a letdown, because he achieved everything he wanted to,” Federer said. “You have to maybe reinvent yourself or whatever you have to do. But it’s nice to see that maybe it doesn’t always come so easy for everybody for so long.”

Federer said his decision to end his season after Wimbledon had been made out of a desire to get the most out of what remains of his career.

“Maybe I could have, should have taken more time after the Australian Open once I had surgery,” he said. “Possibly, but I was well. I was training full on in Dubai.”

After withdrawing from the French Open, ending his consecutive streak of Grand Slam appearances at 65, Federer came back for the grass-court season and Wimbledon knowing his knee was not quite right.

“I don’t think it cost me the rest of the season by playing on the grass,” he said. “I just think the knee and the body needed a break, and taking six months off, I could take the time the body and knee required to heal. Now I can look back and say: ‘Look, if now it doesn’t go well, I did everything I possibly could. There are no regrets.’”

He said he had taken a particularly conservative approach this time around. “Especially the first three months, I was working out maybe one hour a day,” he said.

When he did turn up the intensity with his longtime fitness coach Pierre Paganini, Federer said, he often avoided training on consecutive days. He started playing points again in early October, but he said he had not resumed full on-court sessions until late November after he left Switzerland for Dubai, his usual off-season training base.

He has been practicing there frequently with the rising Frenchman Lucas Pouille. Federer plans to broadcast his practice session live on Twitter and Periscope, 2pm in Dubai, Thursday, December 22, to give his fans an update on his progress.

“I just felt I needed to start filling in people on how I’m doing as we get closer to the beginning of the season,” he said. The real test of how he is playing will have to wait for Australia, where his six-month preview of life without the tennis circuit will officially come to an end. “I did get that taste of retirement,” Federer said. “All of the sudden, I could be organized and say: ‘O.K., we’re going to be four weeks at home in a row in the same place. Who do you want to go for dinner with, Mirka? Or who shall we catch up with?”

Federer enjoyed having that time with his family and the predictability of being in one place for more than a week at a time. Fortunately, he said, his knee held up, and he was able to make the most of it.