“Nearly two years ago, we set out to change the design DNA of our performance tennis rackets and elevate design to an equal level of appreciation as technology,” said Hans-Martin Reh, General Manager of Wilson Racquet Sports. “In that process, we deconstructed today’s racket and reimagined every element from the inside out. With Roger’s help and insight, we removed unnecessary components and meticulously created a new look and feel for tennis rackets not seen before in the industry.”

“To be involved with any design process with a brand is exciting, however, with Wilson, it is extra special because I’ve played with a Wilson racket my whole life,” said Roger Federer. “I remember going to the shops as a kid and pointing to the Wilson rackets, hoping my dad would buy it for me. And now, I’ve been able to help design my racket to look and feel like me. This racket is truly special and I hope it inspires every player who holds it in his or her hands.”

“I was pushing [Wilson] to be more confident, and almost put nothing on the racquet…Wilson is such an established brand, it speaks for itself.” – Roger Federer 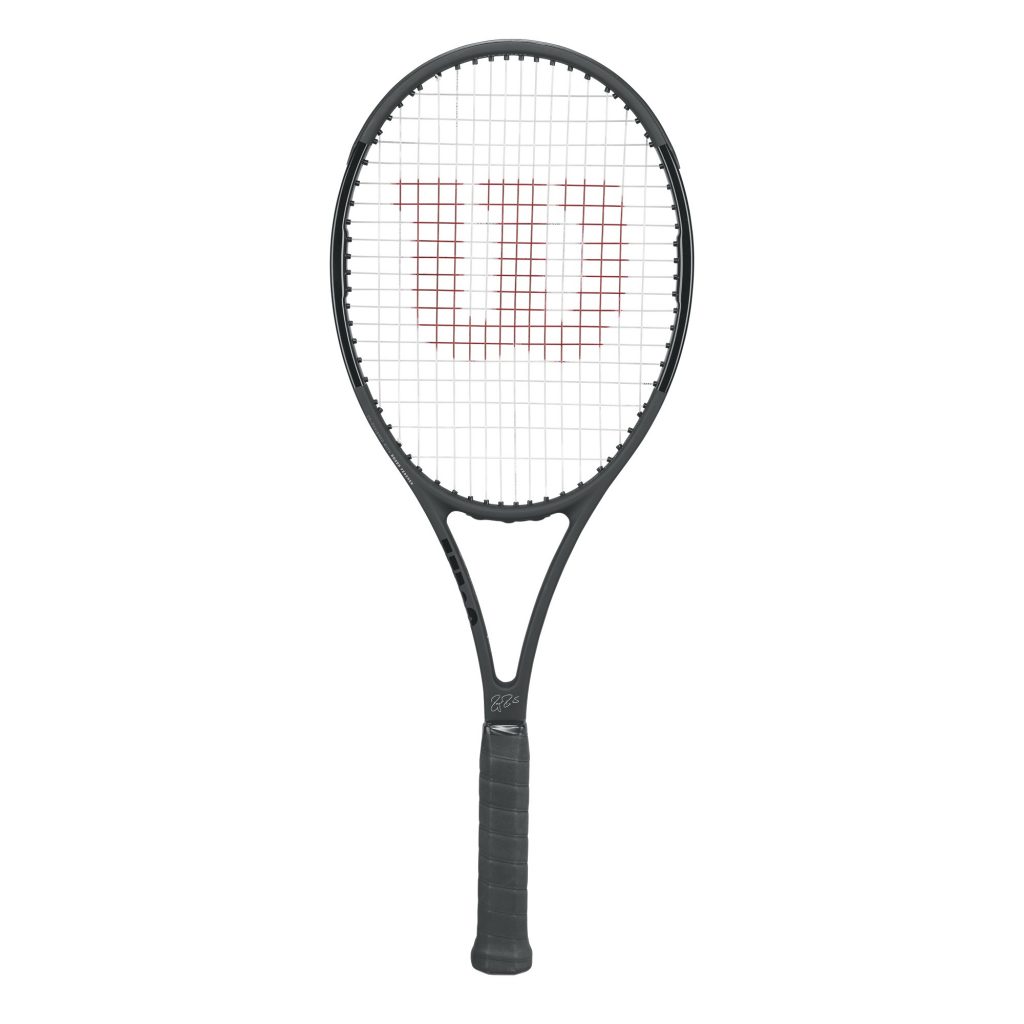 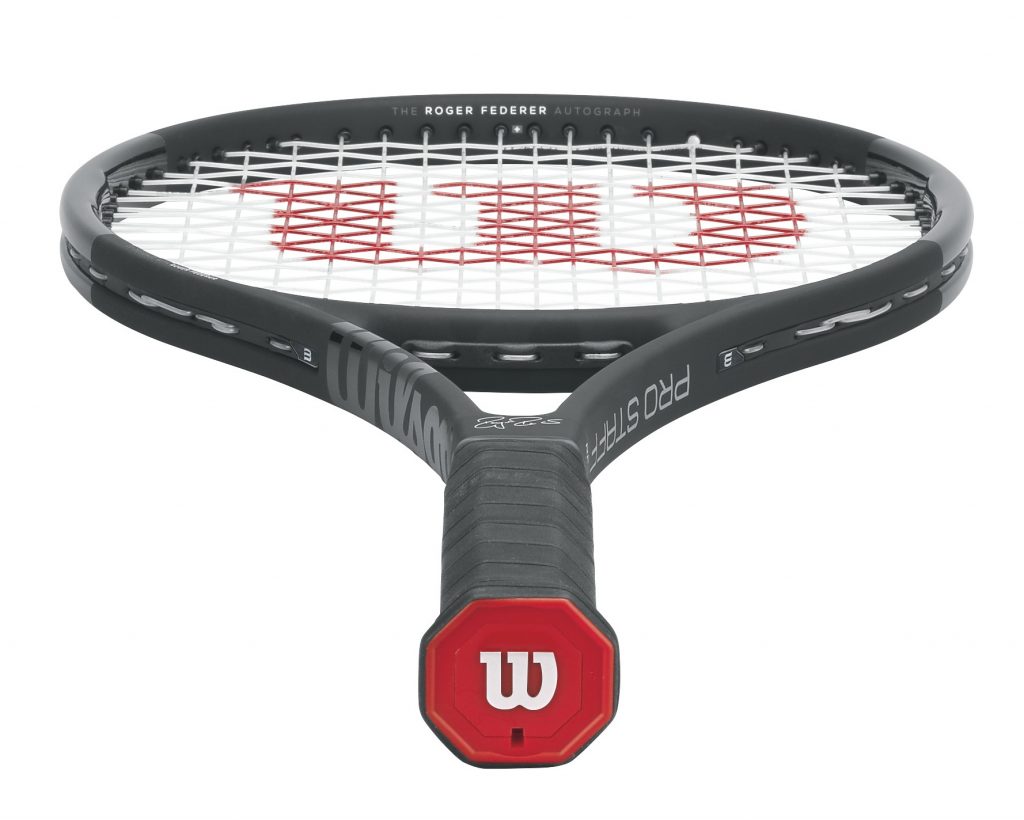 The new 2017 Pro Staff RF 97 Autograph racket has been designed with sleek, modern elements to communicate Roger Federer’s elegant playing style and boldness on the court. The racket’s look is grounded in two, high quality paints, Black Velvet and Tuxedo Black. The matte Black Velvet paint provides a smooth, soft, light-absorbing finish that has been engineered to create a “feel”, or tactile experience, for attacking players like Roger Federer. These types of finishes and paint have not been previously used in the tennis industry.

“…and of course I will be playing with this racket, from now on in my career”

The outside throat of the racket features the Pro Staff logo as individual sliver chrome letters that are laser etched into the racket, which required the Company to develop a new manufacturing process to support this textural element. Small pops of red include a Wilson-branded butt cap. 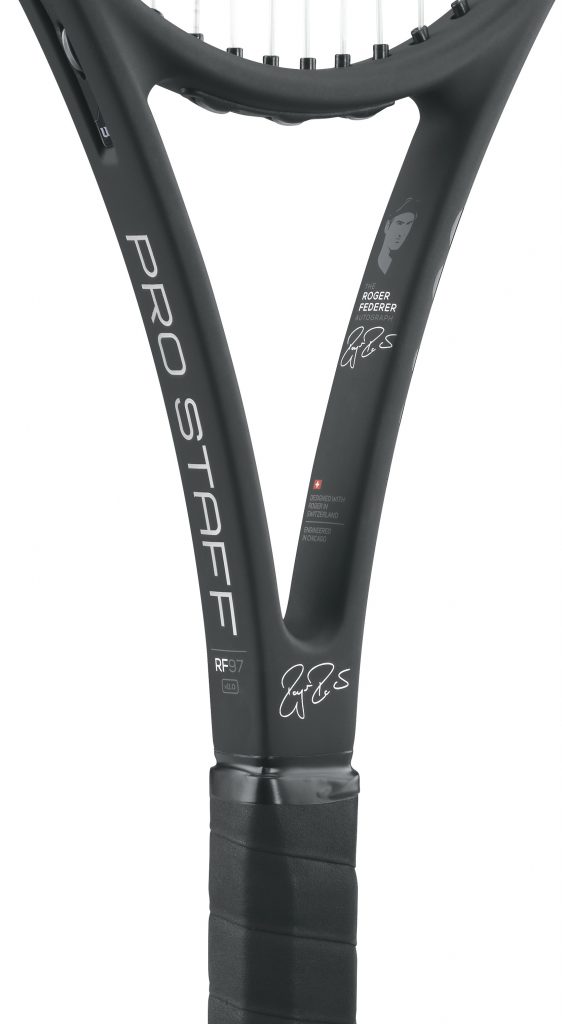 The inside of the racket’s throat carries Roger Federer’s signature and an image of his face for added personalization. These features are accompanied by the language “Designed with Roger in Switzerland. Engineered in Chicago.” And a special feature of the new racket design is a simple, elegant-looking chrome grommet medallion that seamlessly connects the grommet strip to the racket frame. 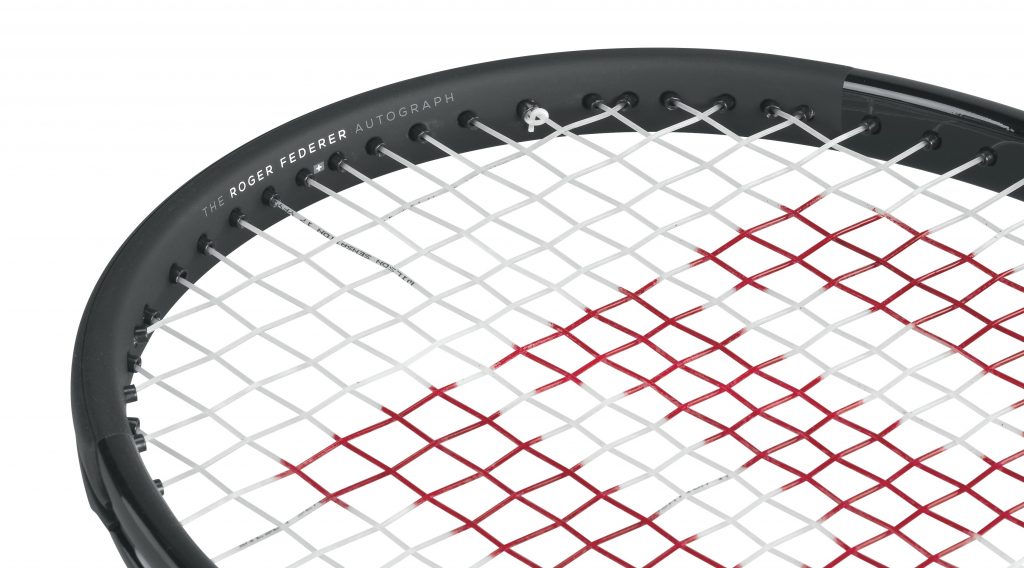 “As someone who deeply cares about the future of this sport, we created this new Pro Staff franchise so it would appeal to everyone,” added Federer. “These two lighter weight models are designed to be very playable for young kids. This is the group of athletes I will watch and cheer on many years from now, and I want them to feel like this racket is every bit theirs as it is for the adult player.”

Hallmark technology features of the new 2017 Pro Staff RF 97 Autograph are similar to Roger Federer’s previous racket, including a wider racket beam providing a significant boost in power and larger headsize than on previous generations of the racket, which produce a larger sweet spot. The racket uses braided graphite to maintain the pure, consistent feel that players have come to know and love in the Pro Staff line. 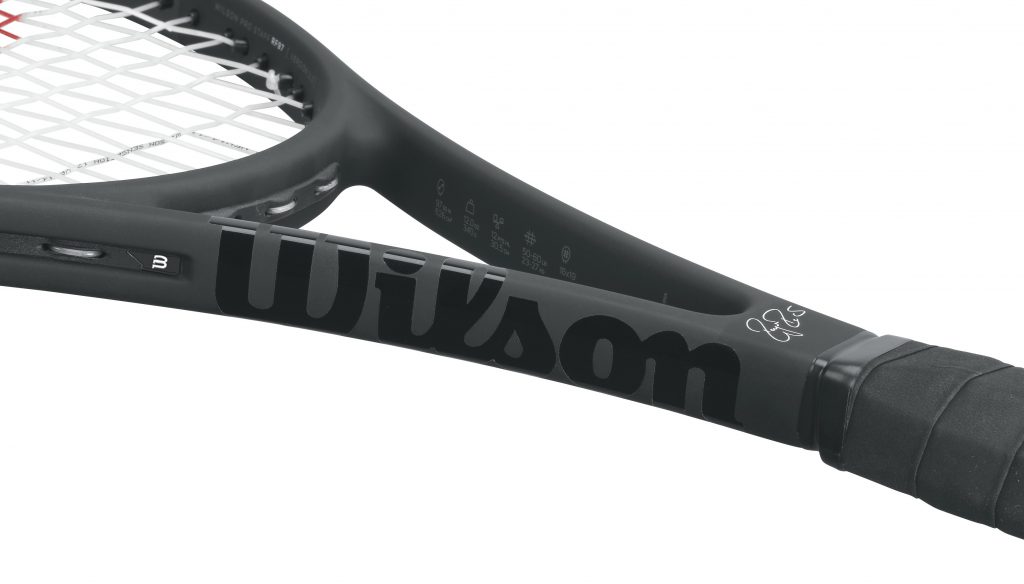 Wilson intends to introduce additional products which have been co-designed with Roger Federer and that compliment his new Pro Staff racket. Those products will be introduced over the next six – 18 months.

ABOUT THE NEW DESIGN FOR WILSON PERFORMANCE TENNIS RACKETS

Wilson Labs set out to develop a new design aesthetic for its performance rackets after years of player feedback that racket selection continues to be challenging, overwhelming, and differences between rackets difficult to discern (majority of performance rackets look similar to one another).

Taking cues from other industries that lead in product design, such as the automobile, mobile device, high tech, and fashion industries, Wilson Labs product designers developed a minimalistic aesthetic with simple, modern, clean lines and bold color accents that symbolize the strength, power and ability of every player.

As this new design took shape and with feedback from Roger Federer and numerous elite players on the Wilson Advisory Staff, Wilson product designers engineered new textural elements to the racket design to create a full sensory experience for a player.

New 2017 racket lines from Wilson will reflect the core elements of this new design aesthetic, including slight nuances in color so that they are easily identifiable, yet as modern and unique as the people who play the game. 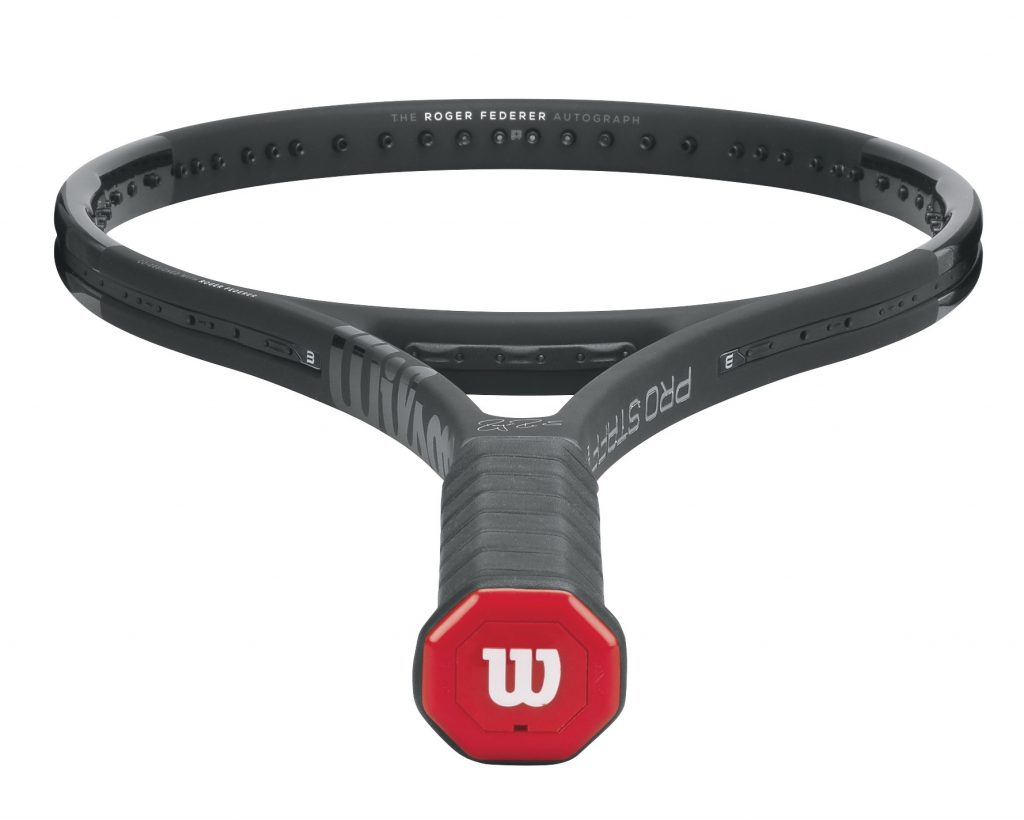 ABOUT WILSON SPORTING GOODS CO.
Chicago-based Wilson Sporting Goods Co., a subsidiary of Amer Sports, is one of the world’s leading manufacturer of high performance sports equipment, apparel and accessories. Wilson is the global leader in performance tennis and uses player insights to develop products that push tennis equipment innovation into new territories. Through its dedication to creating products that enable athletes at every level to perform at their best, Wilson has earned its place as a leader in sporting goods for over a century.

Note: Pros often customize the racket they use. Racket specifications on endorsed consumer models may vary from the models used by pros for match-play. 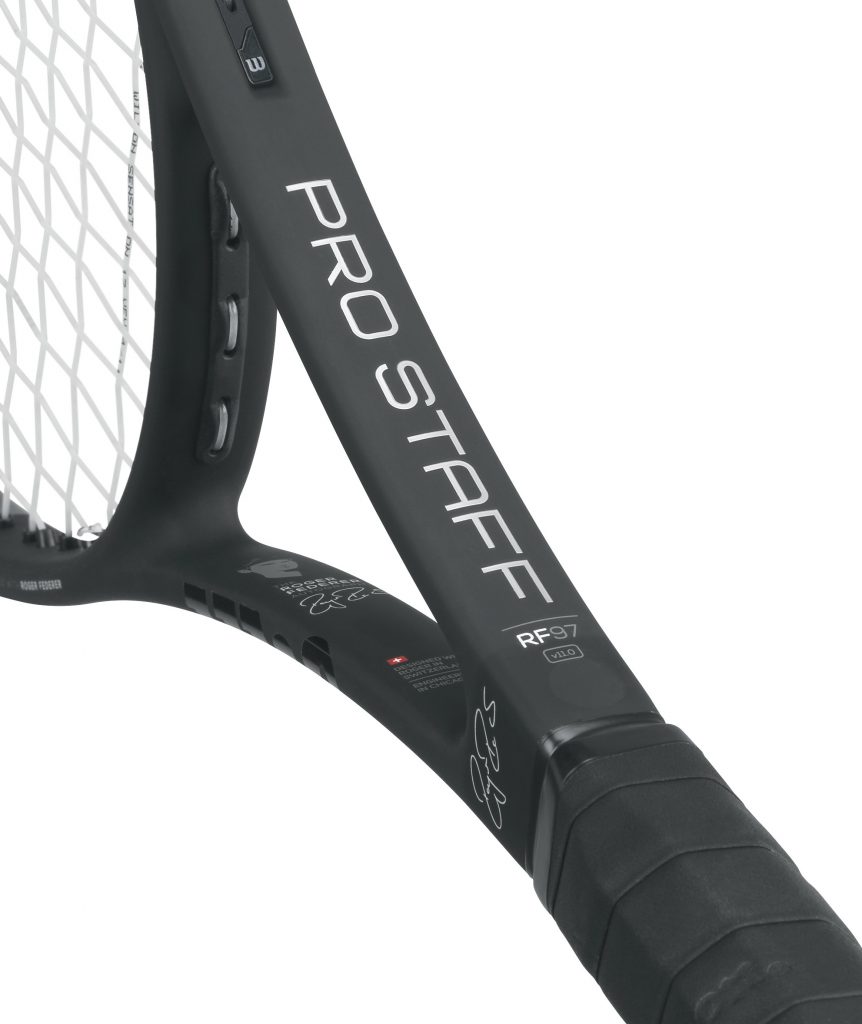 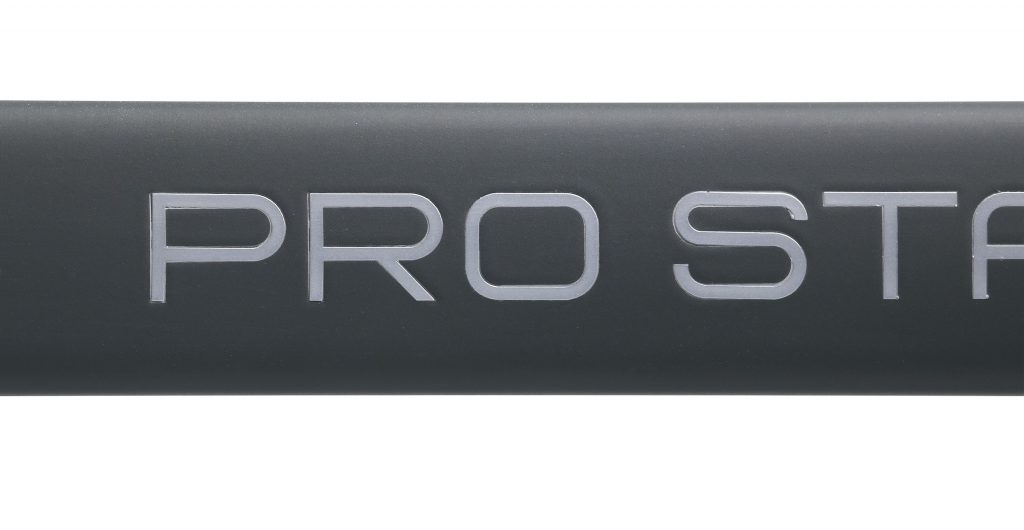