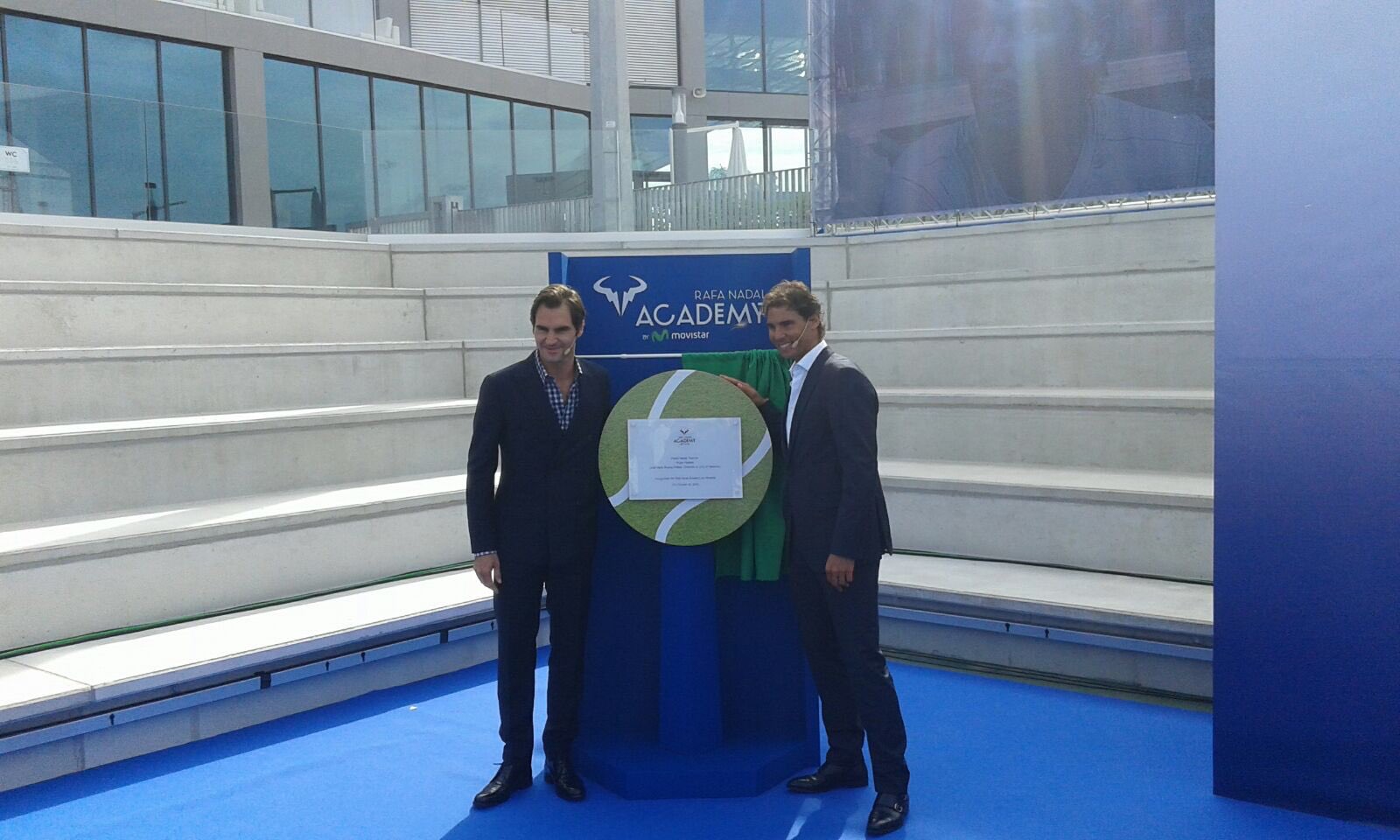 Roger Federer joined Rafael Nadal in his hometown of Manacor, Mallorca, to celebrate the inauguration of the Spaniard’s tennis academy. The two long time rivals have had the fiercest battles on court in tennis history, but throughout, have shown ultimate respect for each other.

“I’m really here to honour the great man, Rafa. I think it’s wonderful that he’s taken this journey on to give the kids something back,” Federer said. “I’ve been around the game 17 years. I’ve seen a lot of hard workers and inspiring players, but you’ve been the one in my opinion who has been the most inspiring and most influential and made me the player I am today. Because you’re left-handed, because of your spin, because of the intensity you bring to the court, I had to re-invent and re-work my game entirely. And that’s because of the person you are and how much you’ve trained.” 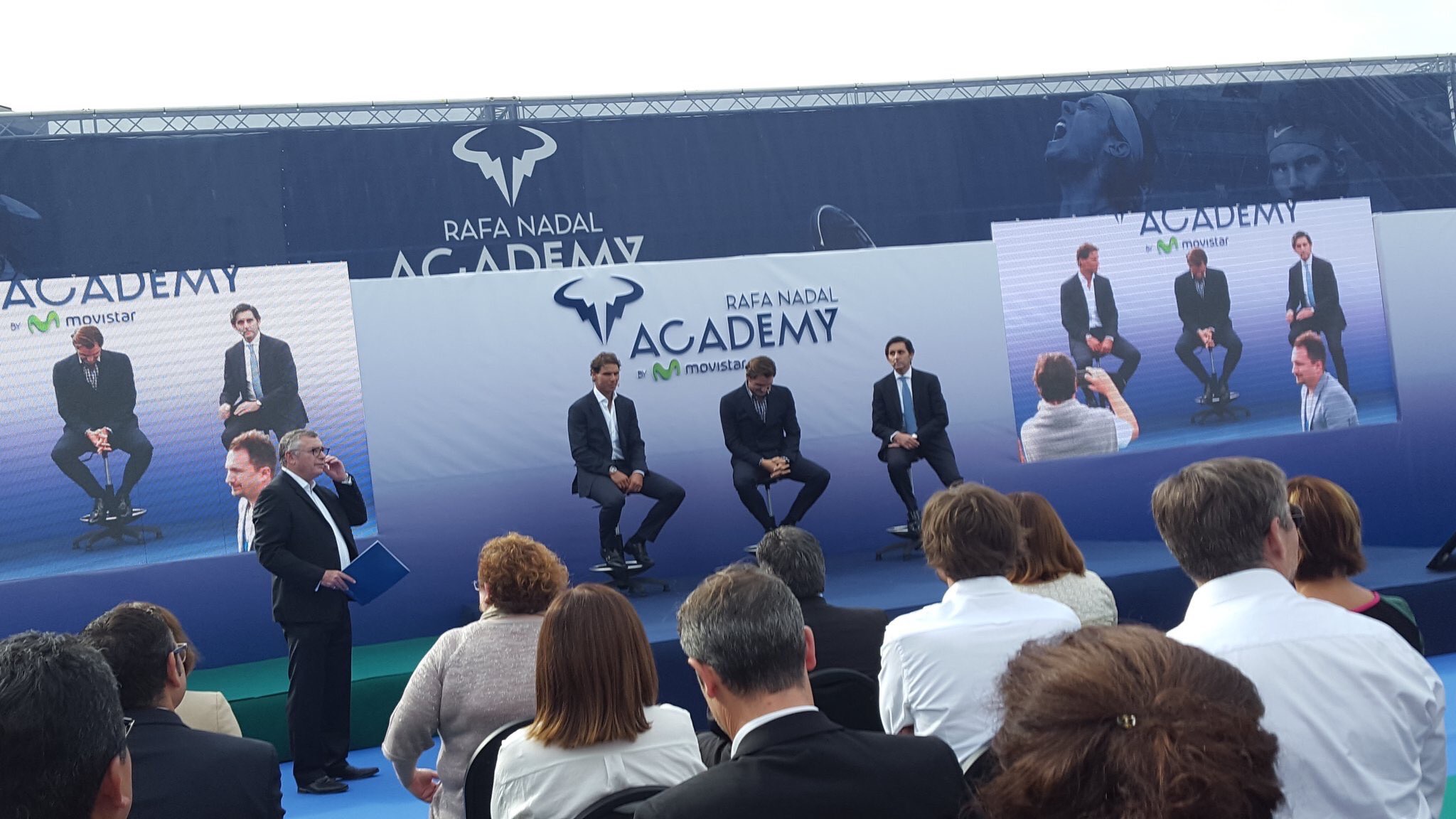 “I’ve seen you prepare for tournaments and practices the same way, which I can’t do, because my mind doesn’t allow me to, I can’t prepare for matches and practices this long. We’re completely different when it comes to this,” Federer said. “I admire everything and how you do it, and I hope you can still do it for many more years to come. I really wish you good health. I think it’s of the utmost importance.” 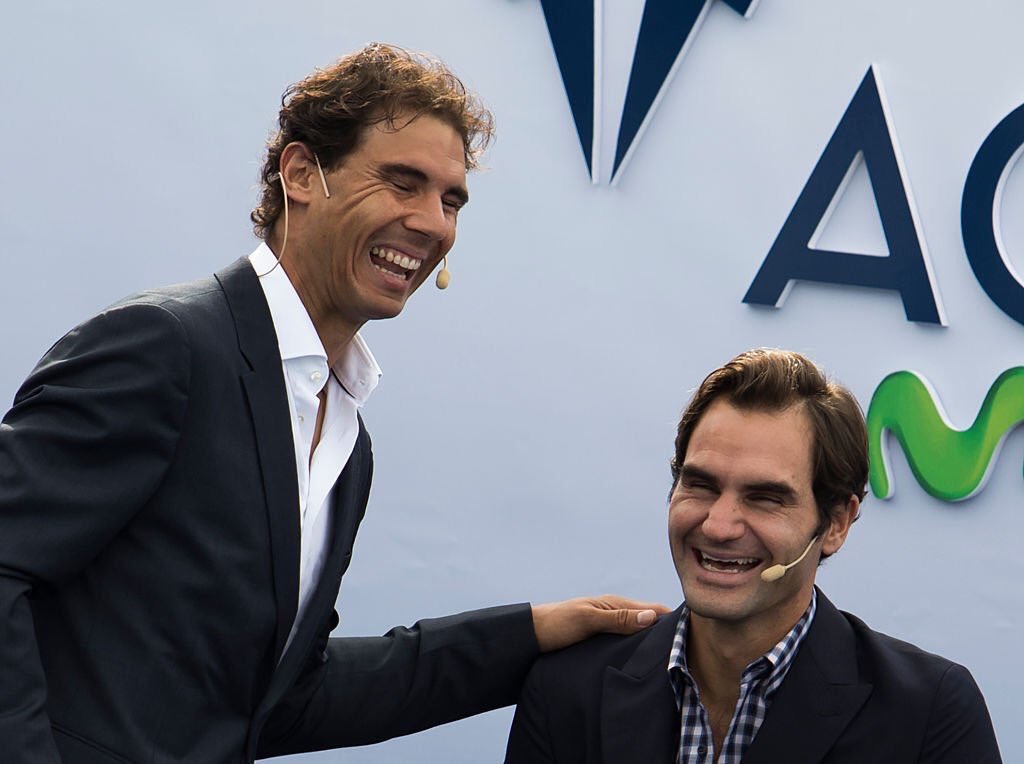 The 35-year-old Swiss endured his first major injury this season, 17 years into his professional career. Federer announced in July that he would sit out the remainder of the 2016 ATP World Tour season to continue rehabbing from knee surgery in February. He joked about injuries with Nadal, who’s had his fair share, including a left wrist injury that forced him to miss 10 weeks earlier this season.

Joined @RafaelNadal at the opening of his Academy. We'll share a lifetime of memories from the 🎾court. Wouldn't miss this one off the court# pic.twitter.com/JfWB85ahXj

“I’m going through my first big injury now. It’s been fairly easy for me. I’ve enjoyed my time at home. I’ve enjoyed seeing my family, practise has been easy,” Federer said. “But I don’t know how it’s going to be when I come back. You’ve done it a million times, so there again I can be inspired by you. How easily you always came back, and you made it look easy! You were always right away back in the Top 10, Top 5, World No. 1. That’s something I’m going to be thinking about when I come back to the tour in January.” 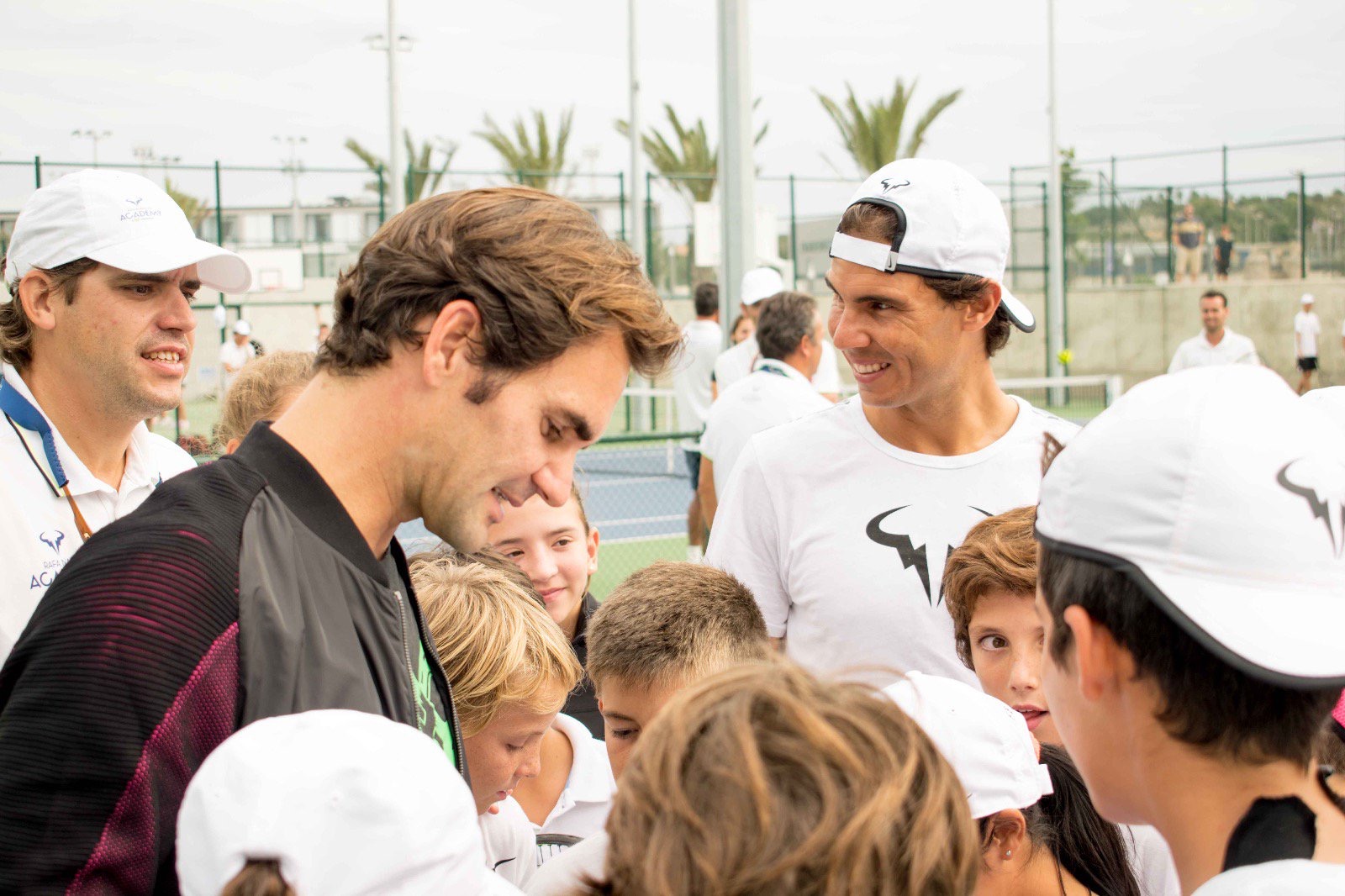 “To share this with Roger is an unforgettable day,” Nadal said. “For Roger to share this important moment, for me and my family, [it] really means a lot.”

Thanks @RogerFederer for helping us with the inauguration of the @RNadalAcademy! A pleasure to have your support!! pic.twitter.com/ENw7kvkDlf