Roger Federer eased his way into the fourth round at Wimbledon Friday, under the roof on Centre Court and a sold out, high engaged crowd. Rain delayed and then suspended play on the outer courts by 8:00 p.m. The Swiss maestro had no trouble against Dan Evans, the second Brit he’s faced through three rounds. Behind eleven aces and no double faults, the 7-time champion looked solid throughout and his play improving as Wimbledon progresses. Federer won 89% of points on his first serve and 50% on his second serve, in addition to winning 12 of 21 points at net and hitting 29 winners. In a quick 1 hour 26 minutes, Federer kept each set under a half hour, defeating Evans 6-4 6-2 6-2. He will face either Grigor Dimitrov or Steve Johnson in the fourth round.

“I’m clearly very happy because the goal was to get to the second week somehow,” said Federer. “Now I’ve won nine straight sets, which is great. I’m happy with where I am now. I’ll rest a couple of days [and] hopefully step it up a little bit more again on Monday.” 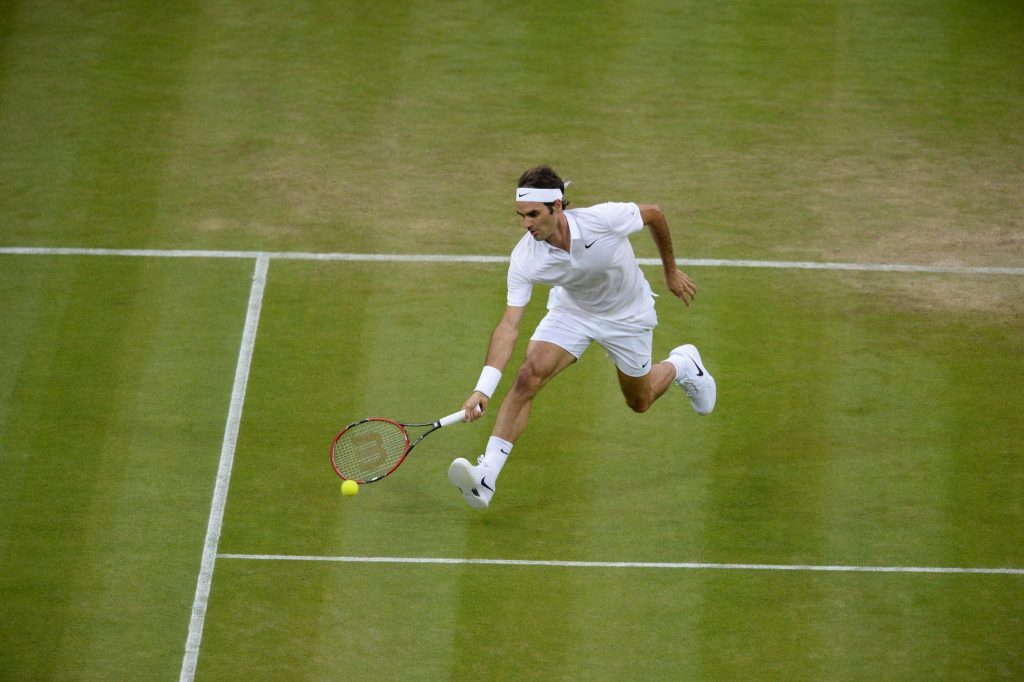 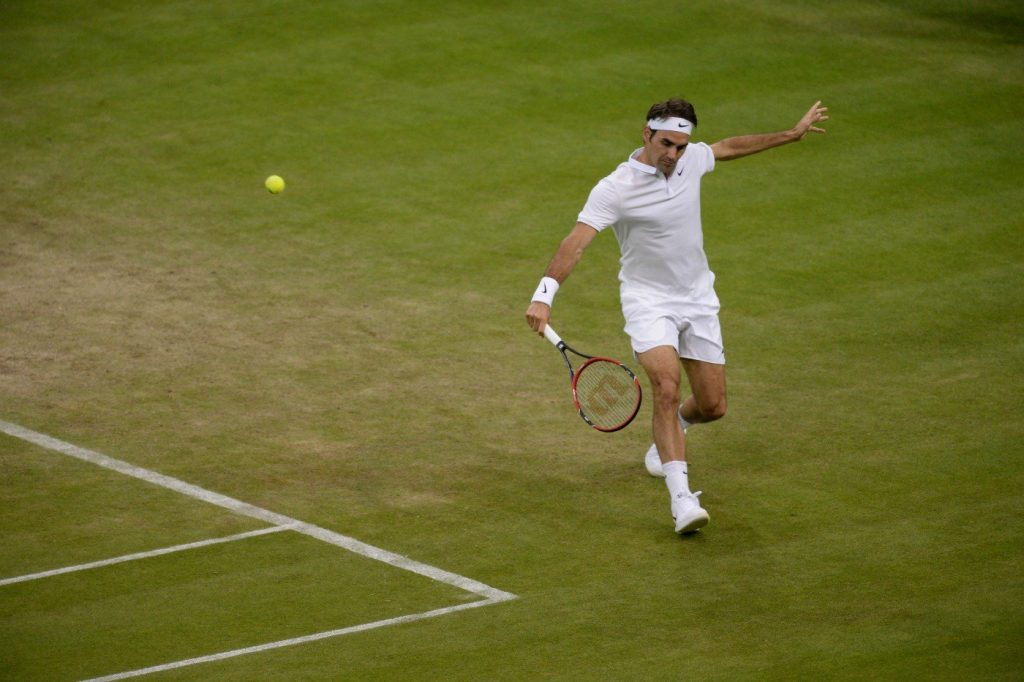