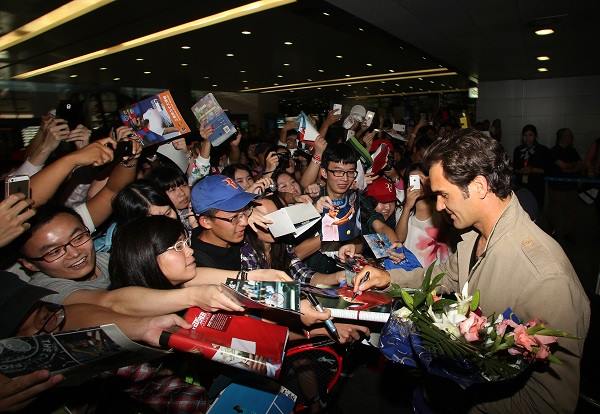 Roger Federer landed in Shanghai earlier today, greeted by hundreds of fans at the airport. The Swiss maestro returns to the tour after a few weeks off since leading Switzerland into the Davis Cup final. Beginning his fall schedule leading up to the London World Tour Finals, the 33-year-old Swiss is seeded third and receives a first round bye. He faces either Leonardo Mayer or Chinese wildcard Di Wu in the second round. A US Open rematch awaits in a third round match against Roberto Bautista Agut, followed by a quarterfinal against either seventh seeded Kei Nishikori or tenth seeded Grigor Dimitrov. Further into the draw, Federer would face top seeded Novak Djokovic or fifth seeded David Ferrer in the semifinals.

Leading the opposite half of the draw are second seeded Rafael Nadal, fourth seeded Stan Wawrinka, and sixth seeded Tomas Berdych.

View the draw below or download the PDF version here. 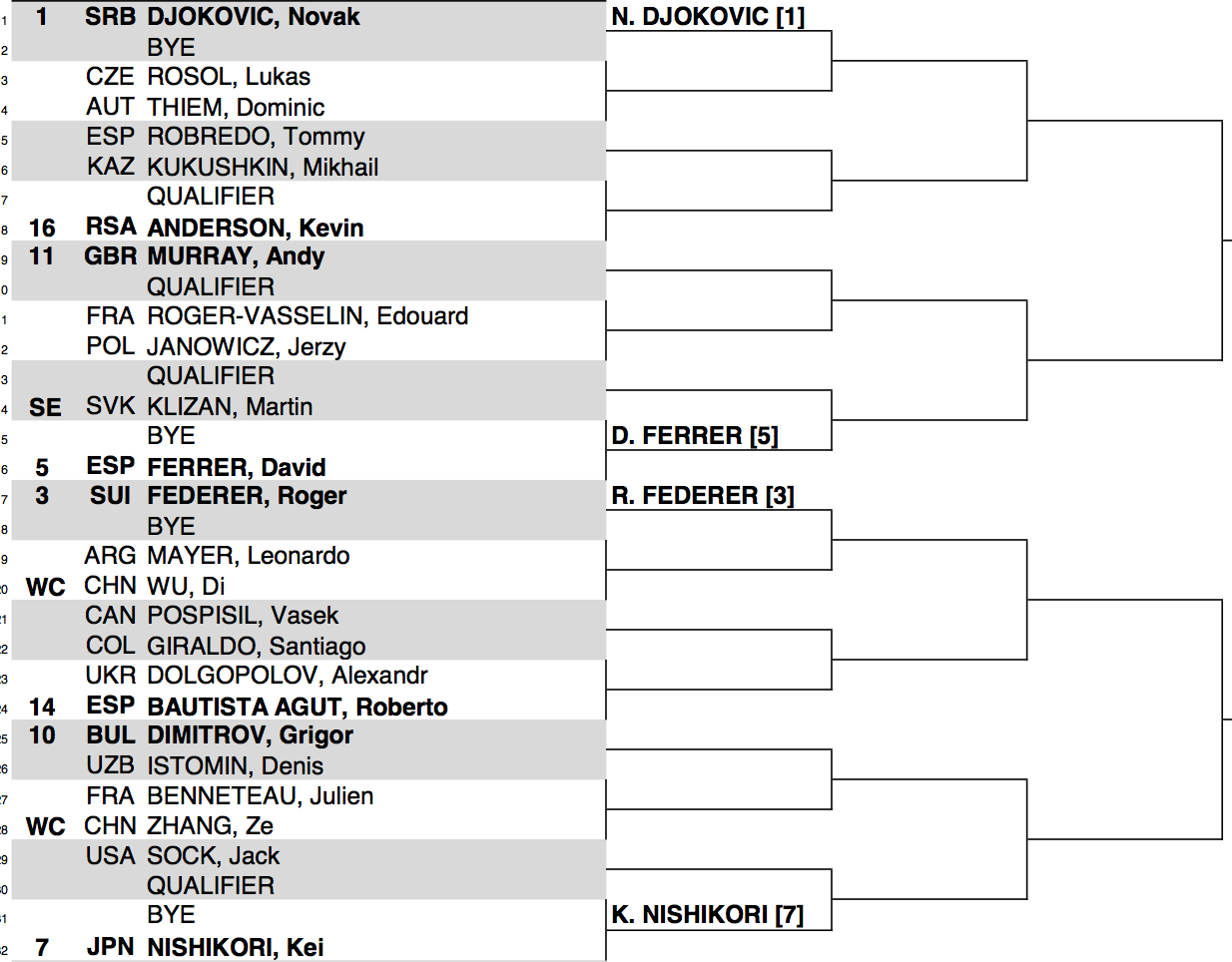 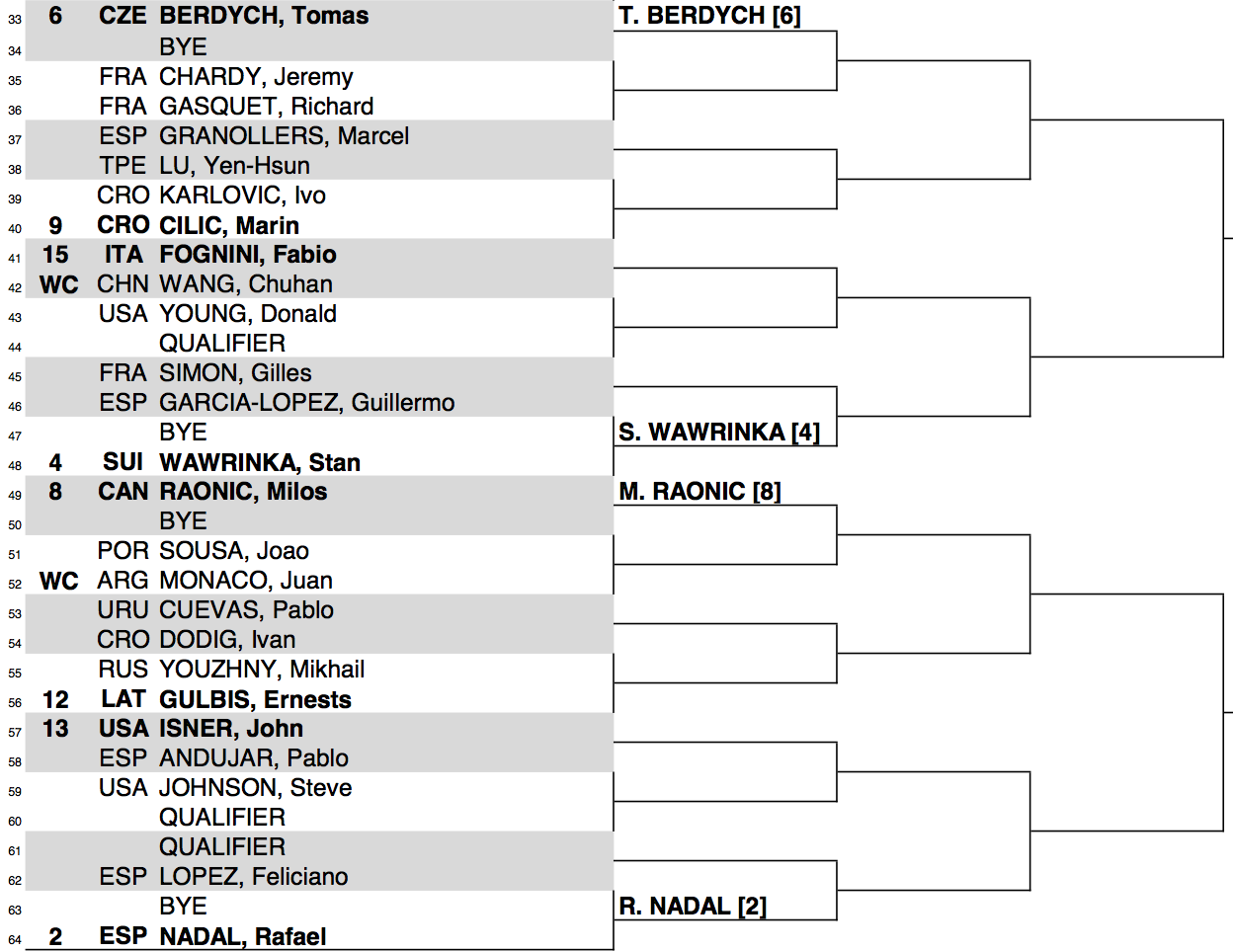