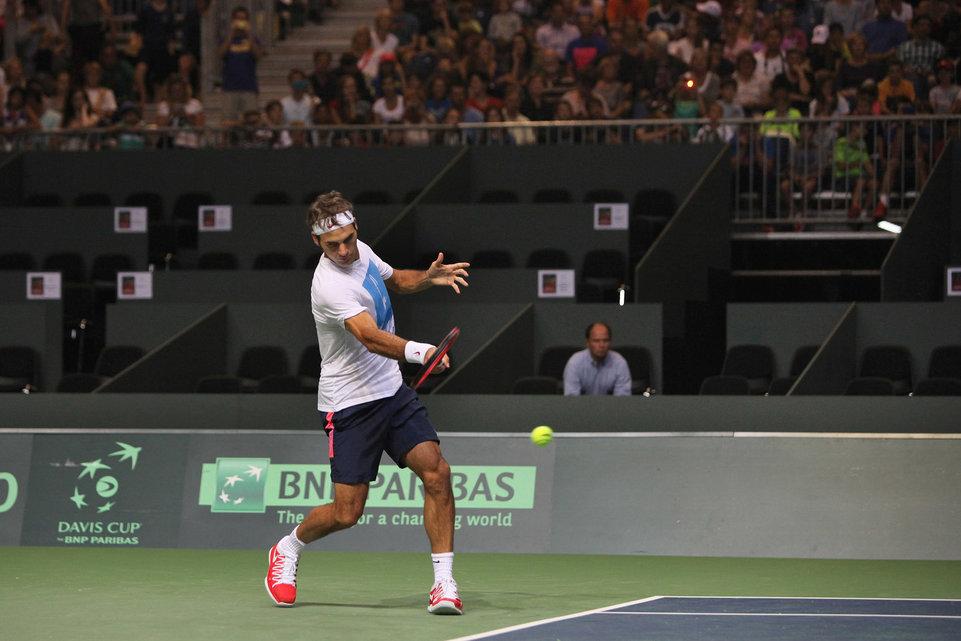 The 17-time grand slam champion will start things off Friday for Switzerland, as it takes on Italy in the 2014 Davis Cup semifinals. Once again the Swiss are lead by their two-man team of Roger Federer and Stanislas Wawrinka. In Friday’s singles, Federer will face Simone Bolelli, followed by Wawrinka taking on Fabio Fognini. Saturday’s doubles schedule puts the 2008 Olympic gold medalists against Paolo Lorenzi and Andreas Seppi.

If neither team sweeps 3-0 by the end of the doubles, Sunday’s reverse singles starts with Federer vs Fognini, followed by a fifth and final match, Wawrinka vs Bolelli. The Swiss have home advantage, with Palexpo as their venue of choice, in Geneva. The surface is hard court, and indoors. The Czech Republic, two time defending champions in Davis Cup, face off against France at Roland Garros.