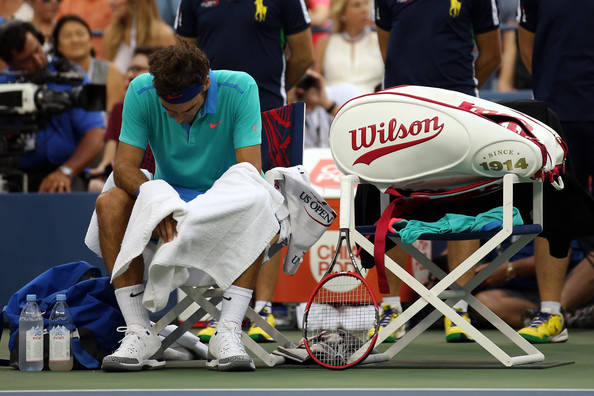 Marin Cilic followed up Kei Nishikori’s upset of Novak Djokovic with an even more impressive stunner. The 25-year-old Croatian, now coached by 2001 Wimbledon champion Goran Ivanisevic, pulled off a dominant display in defeating Roger Federer in the second US Open semifinal. Cilic capitalized on the slow start from the Swiss, and continued his impeccable serving from the previous round against Tomas Berdych. Playing the best tennis of his career, he struck on first chance, breaking Federer and closing out the first set 6-3.

Cilic broke immediately to begin the second set, and had no trouble protecting his serve. Federer found his break later in the match, but the Croat broke back, making this two-set lead too difficult to overcome. In 1 hour 45 minutes, Cilic completed the complete shocker, defeating Federer 6-3 6-4 6-4. The 2014 US Open final marks the first grand slam final since the 2005 Australian Open in which features neither Federer, Nadal, or Djokovic. There will be a first time grand slam winner Monday night in New York City.

Federer told the press afterward that he will be playing Davis Cup for Switzerland next weekend (semifinal stage against Italy), and plans to play the indoor season, as well as the World Tour Finals.