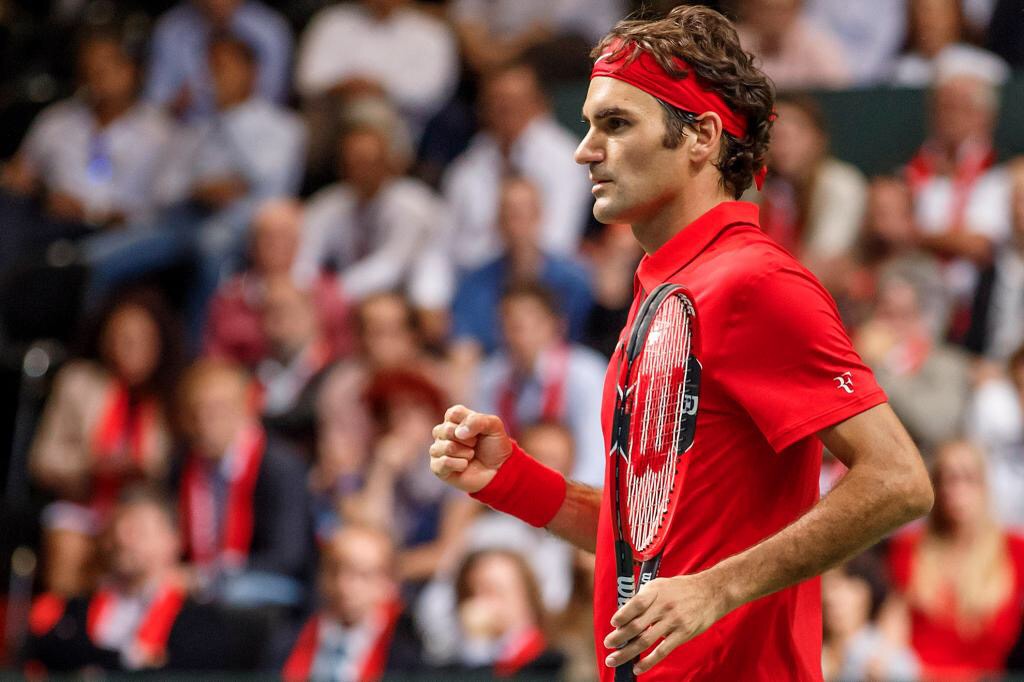 Roger Federer and Stanislas Wawrinka wasted no time in gaining straight sets victories against Italy, bringing Switzerland within one win of their first Davis Cup Final since 1992. Federer defeated Simone Bolelli 7-6 (5) 6-4 6-4, while Wawrinka made quick work of Fabio Fognini, 6-2 6-3 6-2, in just 90 minutes. In front of a sold out Palexpo arena, over 18,000 supportive fans were chanting “Hopp Suisse” to urge on the 17-time grand slam champion from the start.

Once Stan the man stepped on court, the energy was flowing. In the Davis Cup semifinals for the first time since 2003, the Swiss can now clinch their tie against Italy in the doubles on Saturday. The 2008 Olympic gold medalists will need to reverse their trend in doubles matches as of late against Paolo Lorenzi and Andreas Seppi. In the other semifinal, France leads the Czech Republic 2-0. The Czechs are two-time defending champions.