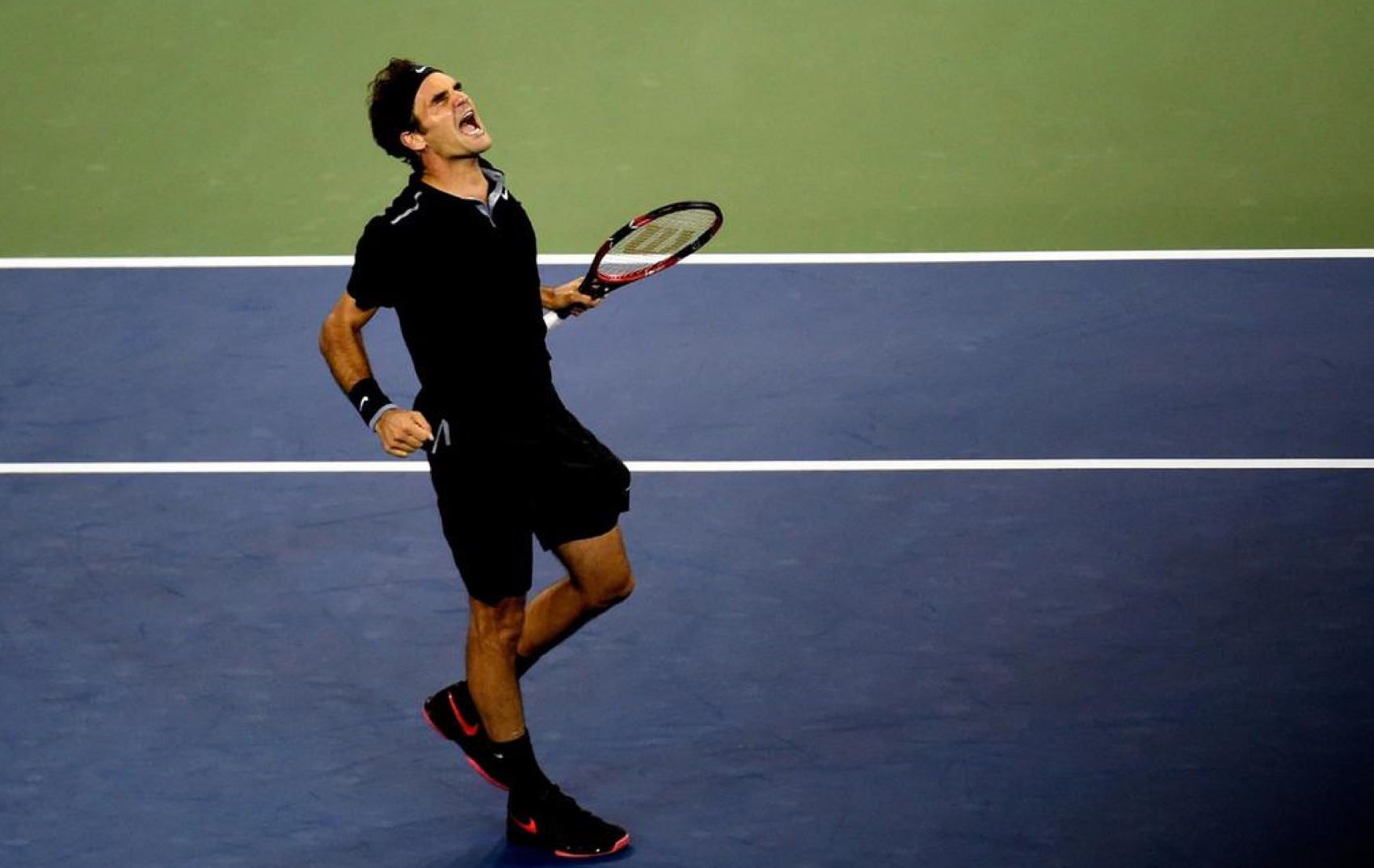 Roger Federer staged an epic comeback Thursday night at the US Open, and nearly the entire sold out crowd at Arthur Ashe Stadium was firmly behind the 5-time champion in their support. The Swiss maestro took on the incredibly talented Gael Monfils, who just weeks ago stretched Federer to three sets at the Cincinnati masters. Before that, he upset him in the third round of last year’s Shanghai masters. Although still a favorite to advance to the semifinals, it was Monfils instead who struck first. The Frenchman broke for 3-2 in the first set, maintaining his single break to take the opening set, and that’s when things looked in doubt for the Swiss.

Monfils broke immediately in the second set, up 2-0, then 4-2, and like clockwork, took an almost unimaginable two sets to love lead. Was this it for Federer and his quest for a record extending 18th grand slam? Not so fast. The 33-year-old Swiss managed to take the third set marginally, and after exchanges of breaks in the fourth set, looked as if he may swing the momentum in his favor. Monfils looked to close it out. The Frenchman pressured on his returns, forcing mistimed errors from Federer, and late in the fourth set, the end was seemingly around the corner. Down 4-5, 15-40, Federer watched as a backhand from Monfils floated long to save one match point. To save the second one, the Swiss had to be bold; and bold he was. Aggressive and strategic as ever in recent memory (given the situation), Federer took Monfils out wide, and moved forward to strike a forehand winner down the line.

Arthur Ashe Stadium erupted, and the 17-time grand slam champion held for 5-all, thereafter breaking and holding again to push the limelight quarterfinal to a fifth set. While the fourth set took 61 minutes, the final set was a blur of just 27 minutes. Federer broke immediately, soared to a 5-1 lead, and served it out at love, for a 4-6 3-6 6-4 7-5 6-2 win. He needed 3 hours and 20 minutes, and also needed his resurgent net game. Winning 53 of 74 points moving forward was a big reason for his comeback, as were his stronger serving, and clutch groundstrokes to set up finishes at net.

Federer advances to Saturday’s semifinals at the US Open, where he will face Marin Cilic after Novak Djokovic faces off against Kei Nishikori. It is the 36th grand slam semifinal (9th US Open semifinal) for the Swiss, five more than Connors (31), and the first time in his illustrious career that Federer has won a match in a grand slam after facing a match point.