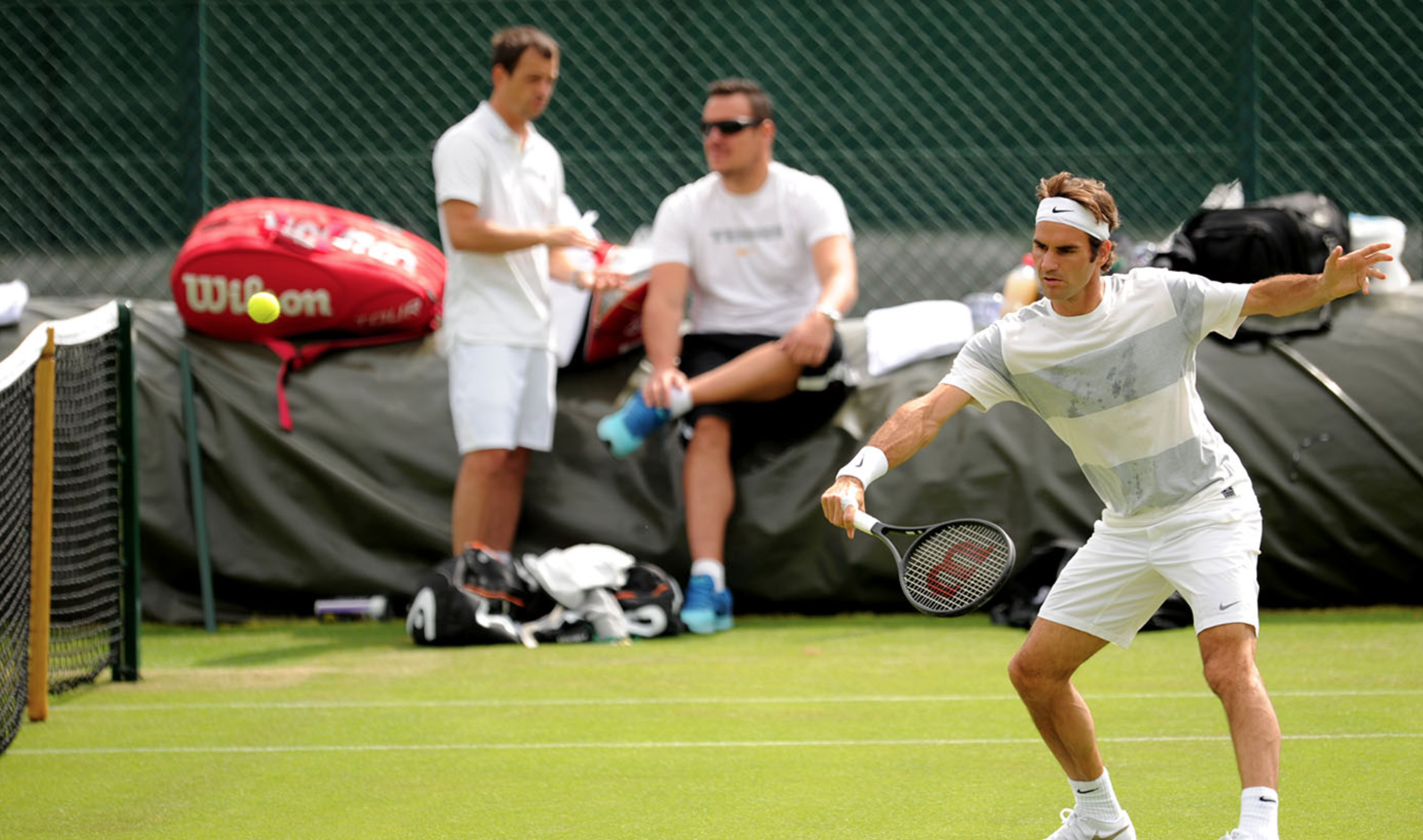 The Wimbledon 2014 draw ceremony was held Friday morning in London, and Roger Federer has received a decently favorable draw. The 7-time winner and 17-time grand slam champion is seeded fourth, into the bottom half of the draw, along with second seeded Rafael Nadal, and within the same quarter, fifth seeded Stan Wawrinka.

Federer will play Paolo Lorenzi in the first around in their first ever meeting. The second round could bring a rematch of their 2012 five set thriller, with Frenchman Julien Benneteau challenging the Swiss maestro (or Gilles Muller). From there, predicted opponents include either Marcel Granollers or Nicolas Mahut in the third round, and either of Jerzy Janowicz, Lleyton Hewitt, or Tommy Robredo in the fourth round.

Federer is projected to face Swiss Davis Cup teammate Stan Wawrinka in the quarterfinals and Rafael Nadal or Milos Raonic in the semifinals. Leading the top half of the draw is top seeded Novak Djokovic, defending champion Andy Murray (seeded third), sixth seeded Tomas Berdych, and seventh seeded David Ferrer. Eleventh seeded Grigor Dimitrov, who comes off winning his first grass court title in Queens, is one to look out for at this year’s championships.