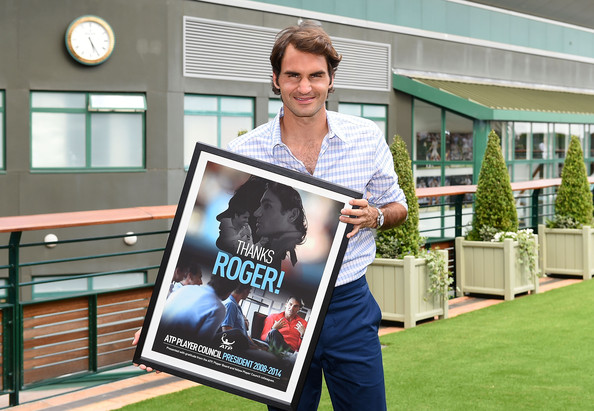 Roger Federer’s six years as ATP Player Council President was celebrated at the annual Wimbledon meeting Friday evening at the All England Club. The Swiss, whose tenure as President is ending, was presented with a commemorative mount and a bottle of Moet & Chandon by his fellow council members.

“[I’m proud of] leading by example, being there, putting in the time, showing the other players that you actually can find time for the council and for the tour,” said Federer. “We achieved prize money increases. I hope I was able to make more players understand that this is a 50/50 organisation with the tournaments. That’s very important to understand. Also, how decisions are being made at the council level. It’s not as easy as it seems, but at the same time, you can be very involved actively.”

Federer, who recently became father to a second set of twins with his wife, Mirka, explained, “It gets quite busy and I think that’s one of the reasons now I think it’s a good time for me to let it run its course and have somebody else lead the council from here on. I really enjoyed it and I’ll still be involved in some shape or form. If I do it, I want to do it at 100 per cent and I feel like my life now, with my family and my tennis, that’s a difficult part right now.”

“I think we’re going through a really good time in tennis right now,” added Federer, who held the No. 1 spot in the Emirates ATP Rankings for 302 weeks. “Seeing sold-out stadiums is one of the most important things we have for the game. We were able to be united and I think that’s a huge part moving forward: that the players listen to each other, they trust each other, because then, as a tour, we can be much more successful.” 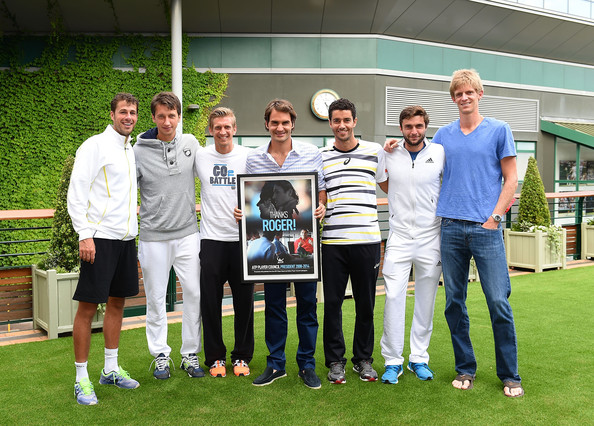