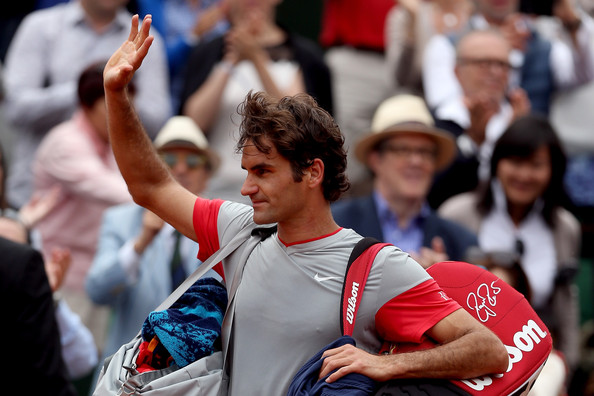 Roger Federer suffered his earliest exit at Roland Garros in ten years as Ernests Gulbis handed the Swiss maestro a shock defeat in five sets Sunday on Court Philippe Chatrier. It was only the third time in the last 40 grand slams where the 17-time grand slam champion lost before the quarterfinals. After a very tight opening set won in a tiebreaker by the Swiss, an huge opportunity slipped away in the second set. Federer failed to convert two set points while serving at 5-3 40-15. The Latvian fought back, leveling the match after another tiebreaker. He then went on a streak, quickly winning the third set 6-2.

Regrouping after losing his serve twice in the third set, Federer had an immediate response, breaking Gulbis twice and taking a 5-2 lead. On the changeover, Gulbis took a medical timeout, going off court for over five minutes (three minute MTO rule), without any apparent injury. Rhythm was disrupted upon his return, as the Latvian fired multiple winners, winning the next two games before Federer managed to hold and push the match to a fifth set.

“I’m clearly very disappointed not to come through with the win,” said Federer. “After the chance in the second set, fighting back in the fourth, not to play a better fifth set. There are a lot of regrets here now. But I think Gulbis did a good job of hanging around and clearly coming back in that second set was crucial for him, I think. It was a tough match and I’m disappointed I lost it.”

Federer was previously 6-0 in five set matches at Roland Garros. He will defend his Gerry Weber Open title next week in Halle, Germany.