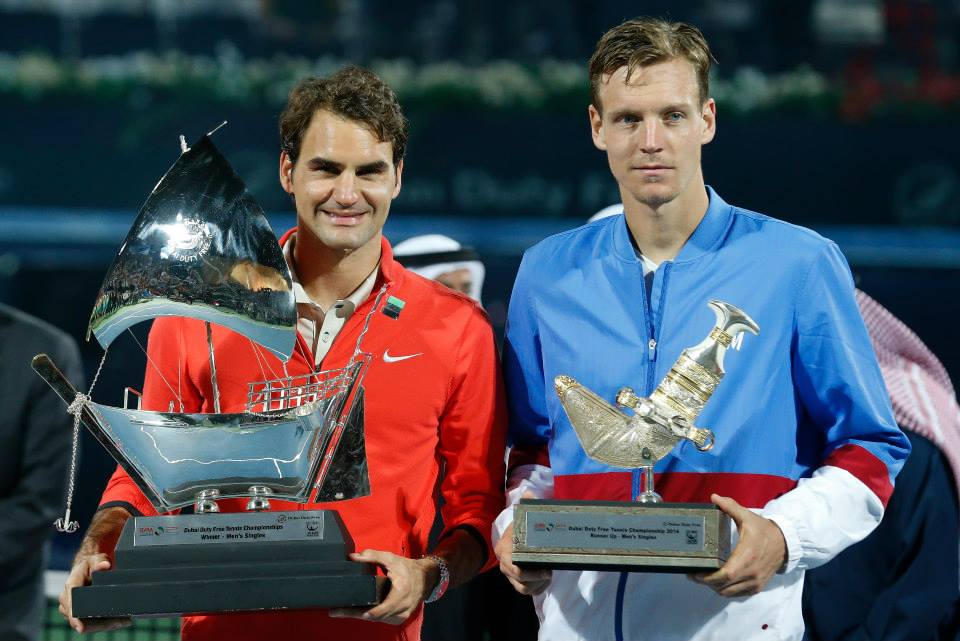 Roger Federer recovered from a set and a break against Tomas Berdych to claim his record 6th title in Dubai, and the 78th of his career. The Swiss maestro broke early, only to be broken back immediately, and then fall behind as the Czech used his powerful groundstrokes to take the first set. Facing a version of Berdych who is now much tougher mentally, Federer would have to do more than weather the storm.

After reaching the semifinals of this year’s Australian Open and winning the title in Rotterdam last week, Berdych began to dig into Federer’s service games, and things looked grim when he broke for 3-2 in the second set. As he proved in defeating Djokovic the day before, “thats Grandpa?” is still rather spry at 32.

The Swiss maestro found a way to break back, and again, began to incorporate his net game, confusing the Czech with different looks and strategies. The tide of the match turned when Federer broke at love to even the final, and although one love-40 opportunity slipped, the 17-time grand slam champion stayed patient, eventually breaking and hanging on toward victory. After 1 hour 58 minutes, Federer served it out, 3-6 6-4 6-3.

While it is his record 6th title at the Dubai Duty Free Tennis Championships, his 78th career title puts him in sole possession of third most titles in the Open Era. Next on schedule is the first masters 1000 event of the season, the BNP Paribas Open in Indian Wells, California, where Federer is a record 4-time champion. The Swiss maestro will be in action on the first weekend (March 8-9). 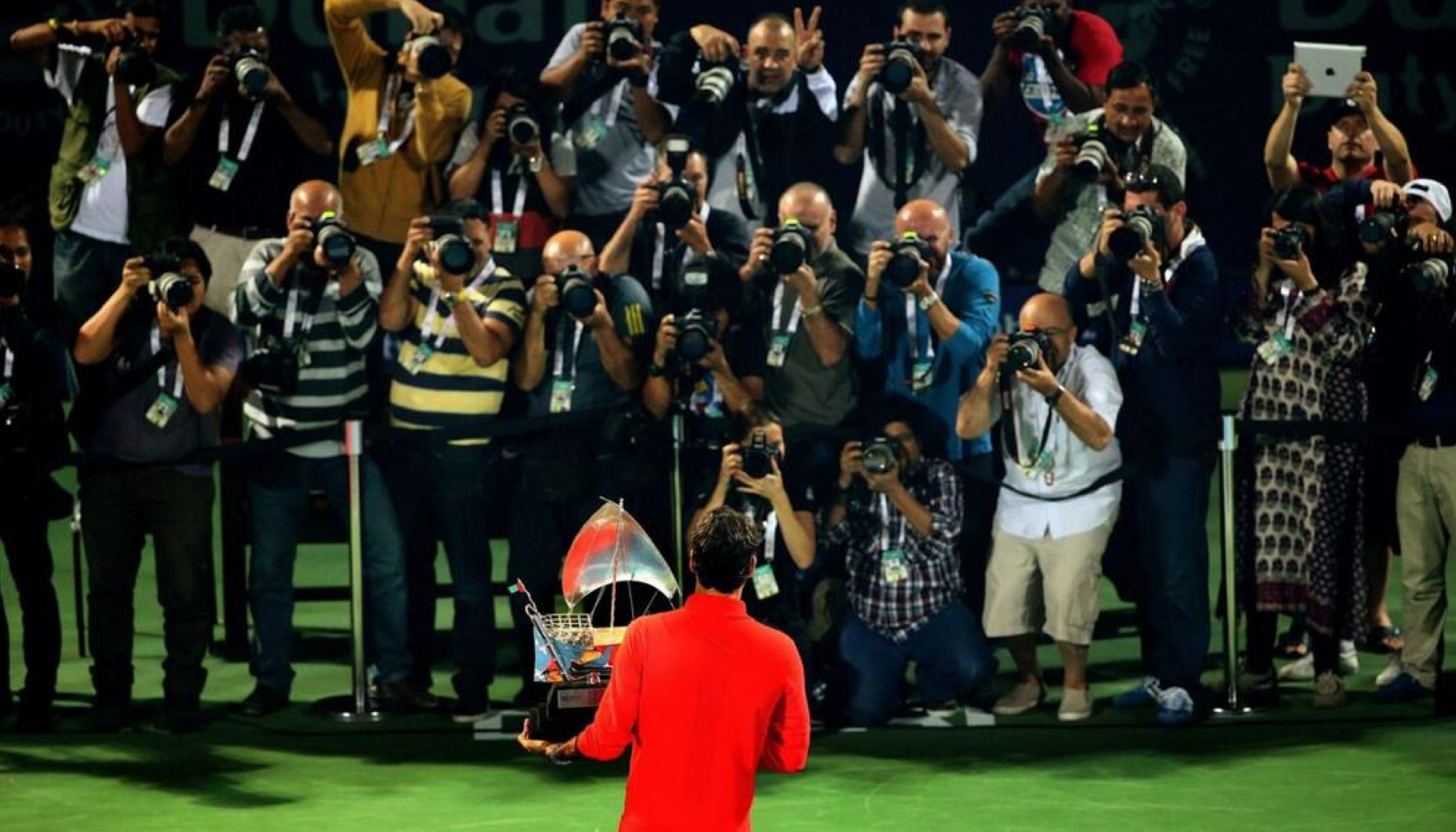 Recap with all of this week’s news, interviews and video highlights here. See Roger Federer’s Nike outfit in Dubai here.