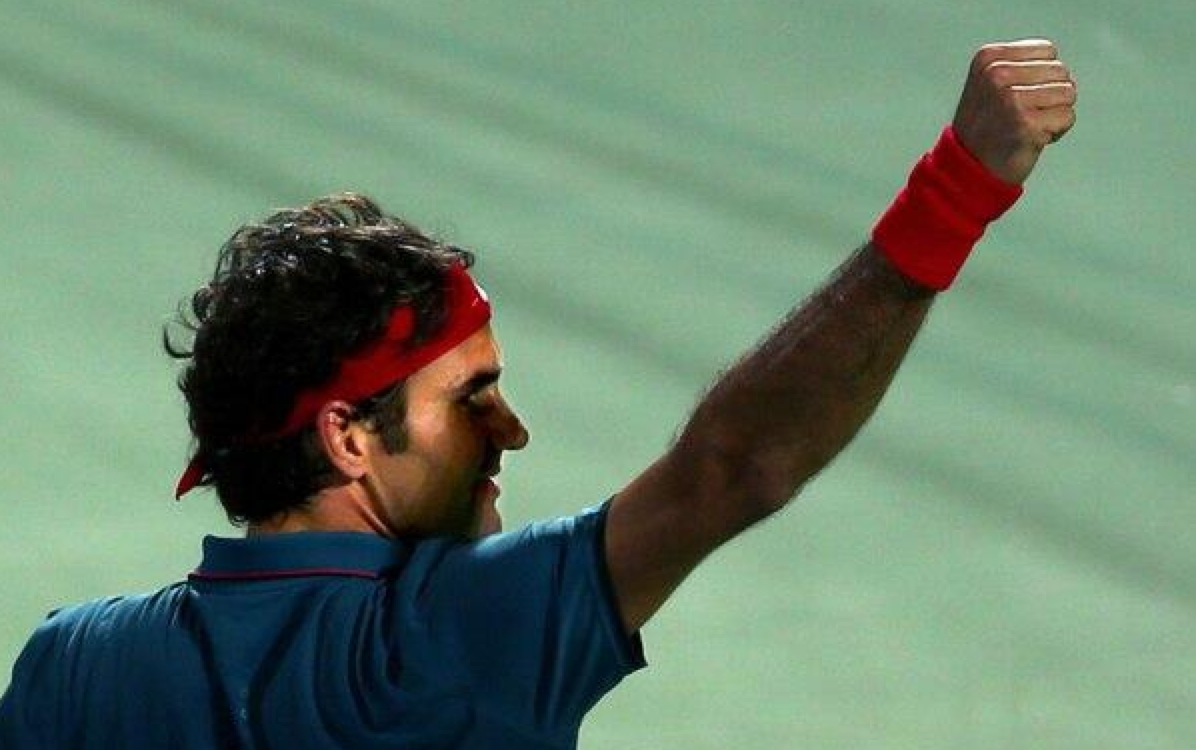 Roger Federer defeated Novak Djokovic in a sensational match Friday night at the Dubai Duty Free Tennis Championships. The semifinal clash brought plenty of shot-making, scintillating rallies, and a display of variety from the Swiss maestro eagerly desired. Defending champion and top seeded Djokovic would strike first, breaking at first chance, and maintaining his lead through the opening set. After facing some resistance while serving for the set, the Serb fired an ace to close it out in 35 minutes.

From the second set onward, the level of play rose considerably, with both players moving each other around the court, varying their spins with pace, and Federer’s offense met Djokovic’s defense in a modern day Sampras-Agassi feel. Despite the tenacity from the Serb in the back court, the Swiss maestro continued to push forward, at one point winning 9 of 10 points at net. He would break for 4-2, and as he found his groove, Djokovic became unsettled.

Federer’s game began to take over the match, displaying his versatility and his willingness to hash it out with the ever solid Djokovic from the baseline. Firing seven aces to no double faults, the Swiss won 76% of points on his first serve, hitting 26 winners and converting 3 of 7 break points. After 1 hour 50 minutes, he served out the match, 3-6 6-3 6-2. The win moves the Swiss star into Saturday’s final against Tomas Berdych (7pm local time).

“I think I was able to play a bit more aggressively as the match went on,” said Federer. “I knew I was in a bit of trouble (after the first set) and not looking good at all, because he has a tendency to really run with it and play more freely on your serve. He plays very dangerous…It was just a matter of trying to play consistent but remain aggressive. Sometimes being also overly aggressive to see if it works. If it doesn’t, then you can always pull back a little bit. Clearly it was close, but I think I got the right balance, just the right balance. Then I started to serve very well, something I haven’t been able to do really this week yet. I knew to have a chance today I needed to serve well. So I’m just very happy I was able to deliver that.”

“The [close moments] sometimes that decide matches, that’s where you just need that extra confidence or that extra mental belief that you’re going to win instead of lose. I think that’s what I’ve got back right now. That’s why I think I have been playing consistently well for some months again…This is big. This is a big step in the right direction for me. It gives me a lot of confidence, I hope. Physically I’m doing very well again, still holding up perfectly, and clearly it’s been a lot of tennis now again this week. I just hope I can finish it well tomorrow.”

“I would like to focus on the work with Stefan,” explained Federer. “In three days I will see him. He will be in Indian Wells, and that’s what I’m looking forward to. When I’m with him, I’m really with him. When I’m away from him, I want him to enjoy his life. So I’m sure this victory makes him very happy. I hope he likes what he sees. From my standpoint, I’m just very happy things are working out with Stefan and Severin and everybody involved and that my results remain positive, which is important right now at the beginning of the season.”