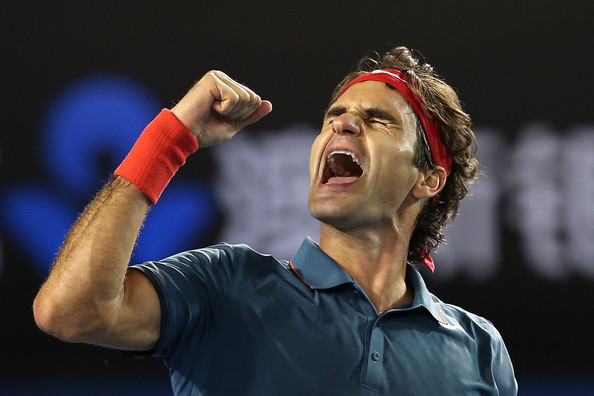 Roger Federer picked up where he left off against Jo-Wilfried Tsonga, playing sublime tennis against Andy Murray Wednesday night in Melbourne. In a rematch of the five set duel a year ago, it was the Swiss maestro this time who prevailed over the Brit. For the first two sets, play was similar to his fourth round match. Federer would dictate play on his terms, taking Murray out of his comfort zone and away from any chance of getting into the match. Variety everywhere.

Deploying tactics new and old, the 17-time grand slam champion made a quick start, and unsettling the Brit from the beginning. A break in each of the first two sets would be plenty, and after 1 hour 19 minutes, Federer took a two sets to love lead. Murray had begun to find his groove in the second set, which later intensified as play remained even through the third set.

Then came the break. Seemingly over with now, Federer was broken while serving for the match, and Murray carried the set into a tiebreak, which he eventually won. The worries of a slip from the Swiss arose, especially after a marathon, 19 minute service game, where Murray saved several break points. Content on chipping and slicing returns, Federer missed a golden opportunity to take control of the match.

However, the serve proved most reliable. The Swiss maestro comfortably held serve, immediately putting the pressure back on the Brit, who eventually succumbed two games later. This time, after digging out of a love 30 hole, Federer fired one last ace to defeat Murray, 6-3 6-4 6-7 (6) 6-3, in 3 hours 20 minutes.

Federer had 10 aces for the match, no double faults, making 64% of first serves, winning 78% on his first serve and 64% on his second serve. While he struggled overall on break points (4/17), he continued to move forward, winning 49 of 66 points at net. With 54 winners, he advanced to the semifinals of the Australian Open for the 11th consecutive year. 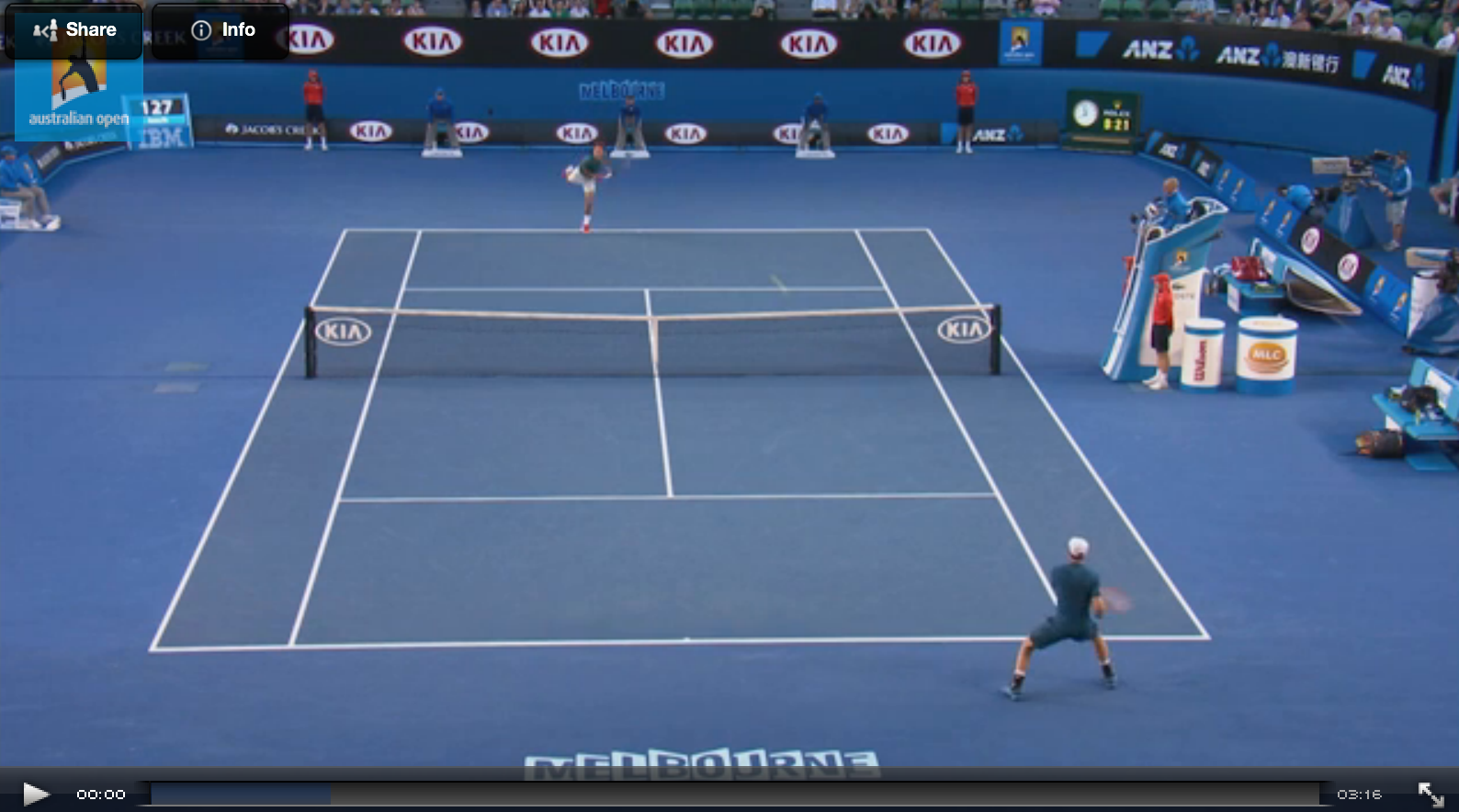 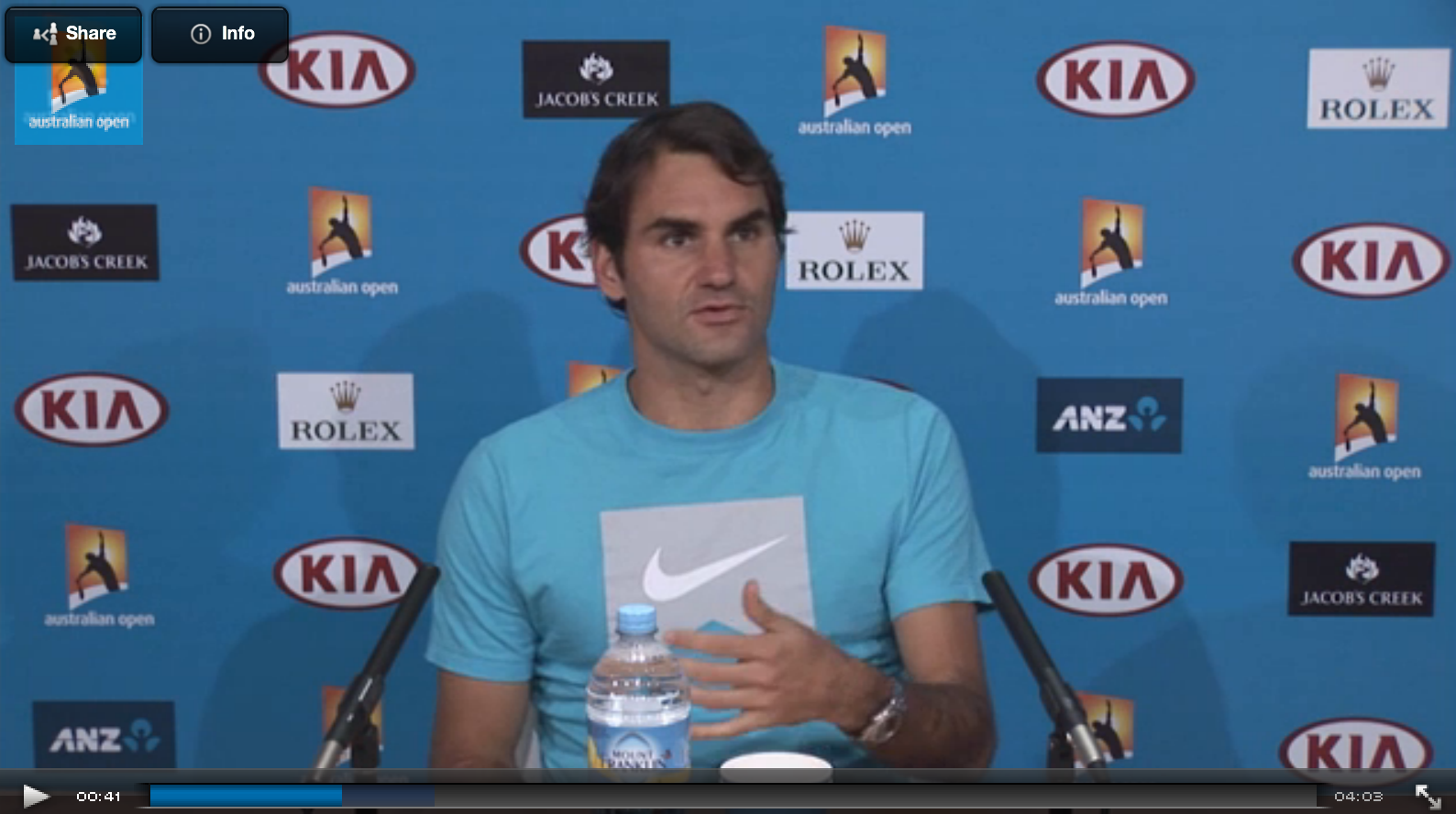