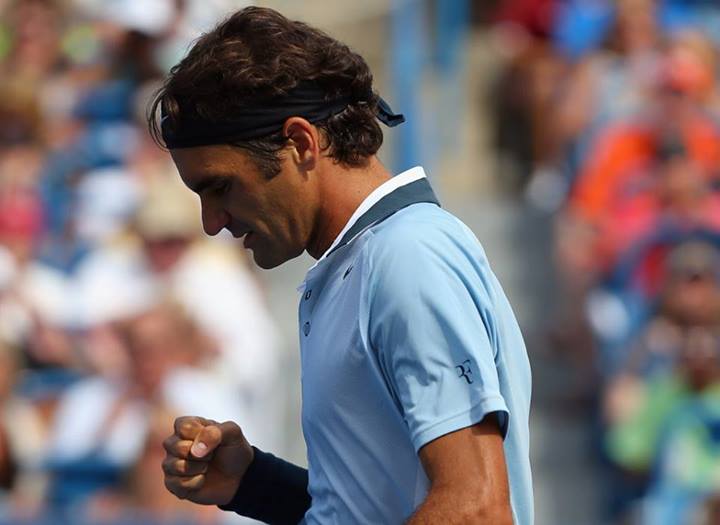 Federer rallies past Haas, sets up potential quarterfinal vs Nadal

Roger Federer had to fight hard Thursday afternoon against good friend Tommy Haas, as the Swiss maestro overcame a slow, lethargic start to rally for a three set victory. From early on, it seemed to be all one way traffic, as the German twice broke the 5-time champion in Cincinnati en route to an easy one set lead. Then he would break again, going up 3-1 before Federer mounted his comeback. After showing frustration and later breaking for 4-all, the Swiss found his rhythm, and more importantly, his footwork.

The crucial break came up 6-5 in the second set, evening the match and giving the Swiss the advantage of serving first in the final set. Both players displayed fine quality play, with Federer improving his return game as the match went on. A single break at 4-3 would quickly set the Swiss forward, and he served out the match comfortably, 1-6 7-5 6-3, in 1 hour 52 minutes.

Federer will face the winner between Rafael Nadal and Grigor Dimitrov (to be played in Thursday’s night session) in the quarterfinals on Friday. When asked about the potential match-up against his rival, the Swiss had plenty of compliments.

“I saw a little bit of the [Steve] Darcis match at Wimbledon, but the rest of the year for him has been unbelievable, how he came back and how successful he’s played, almost always achieving finals really,” said Federer. “So it’s a great season for him. He’s coming into this tournament clearly very confident.”

“I’ll be excited to see how he plays tonight. Then if I play him tomorrow, it’s clearly going to be a difficult match because he comes in with a lot of confidence again.” 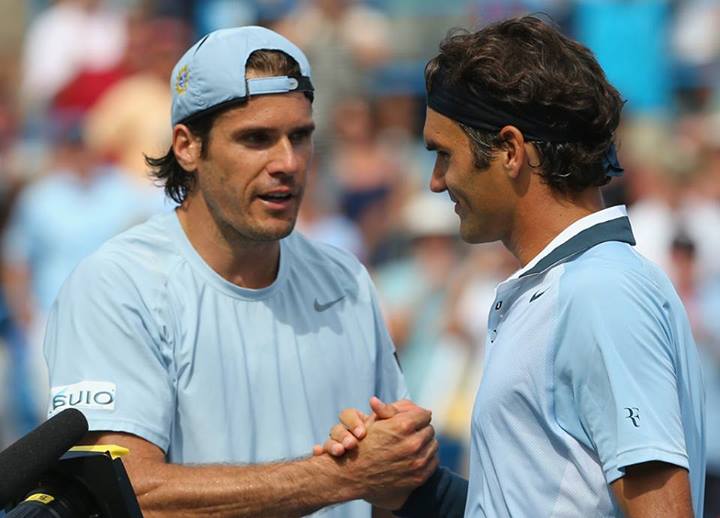 On today’s match against Tommy Haas:

“I think I had too many of those small hiccups that kept on adding up, because overall I wasn’t playing terrible. I was just missing by a margin or putting myself in a tough spot,” said Federer. “Then on top of that, Tommy took advantage of it, played well when he had to… I was just hanging on, and I’m happy I did because it paid off. At the end, I’m very happy I was able to turn a match around like this. Those are the matches I knew just kind of what I need right now,” he added. “Every minute more in a match court is a good thing right now. It gives me a lot of opportunity in the next match to do better.”