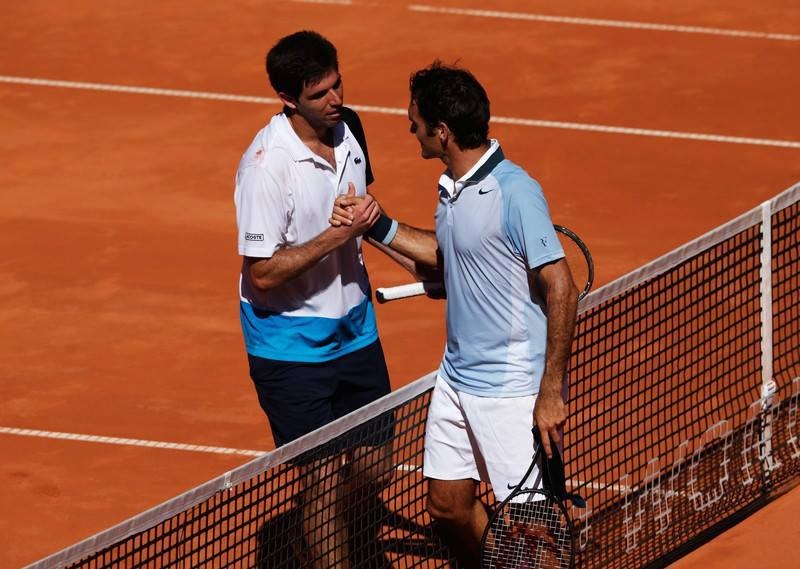 Federico Delbonis scored the biggest win of his career Saturday in Hamburg when he edged Roger Federer in two tiebreaks at the 2013 bet-at-home Open. The Argentine qualifier has gotten much attention this week, as he has taken out several top players in reaching his first ATP World Tour final. The young 22 year old became the first player born in the 1990s to defeat the Swiss maestro. Delbonis put the pressure on Federer early, attacking aggressively with his wicked lefty forehand.

After squandering an early break lead, Federer let the set slip in a tiebreak, and looked a bit stiff after yesterday’s three set win against Florian Mayer. After successive errors in the second set tiebreak, he netted a forehand to seal the win for Delbonis. Federer was wearing a strap on his back during the match, although he refused to address the concern for his back or bring attention to his new racquet change (larger, Wilson 98 square inch racquet). 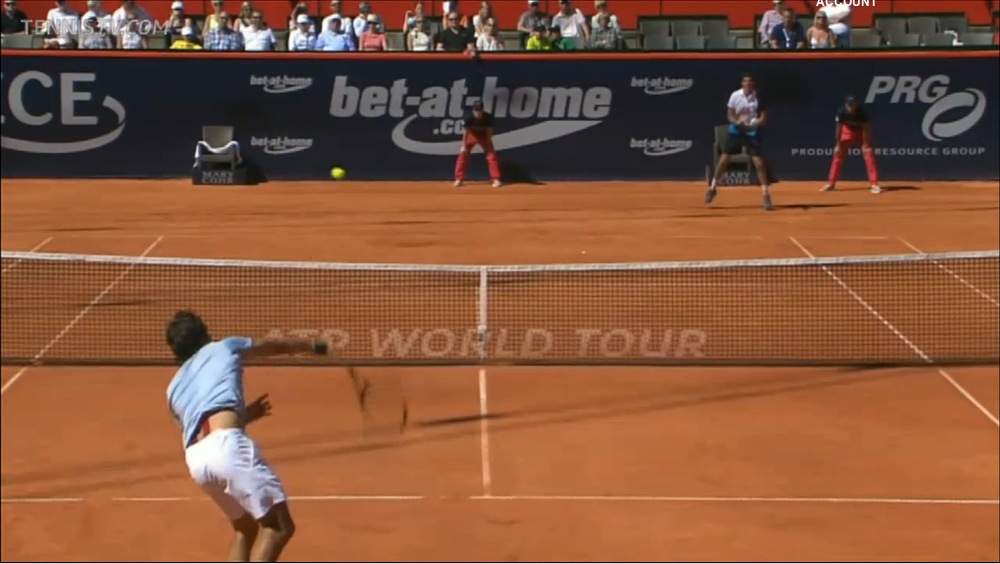 Next for Federer is the Credit Suisse Agricole Open in Gstaad, Switzerland. See the draw here.