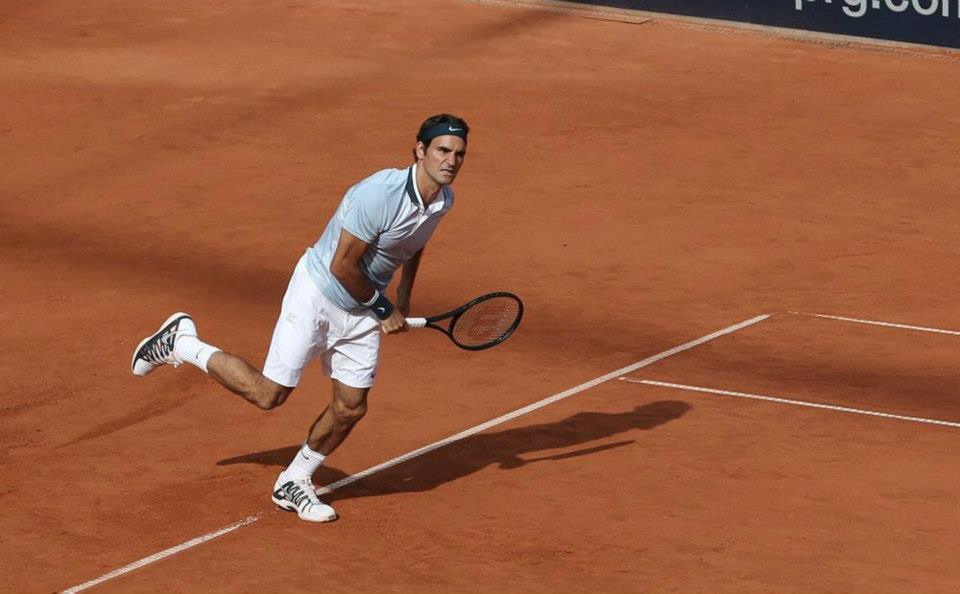 Federer battles past Mayer in Hamburg

Roger Federer was forced to battle to the end against Florian Mayer Friday at the bet at home Open in Hamburg. The Swiss maestro took the opening set in a tiebreak, before Mayer changed tactics, playing aggressively to even the match at one set all. Federer twice squandered a lead in the third set, but broke again in the eleventh game. In just under two hours, the Swiss prevailed 7-6 (4) 3-6 7-5.

“It was extremely difficult,” said Federer. “I started really well. I thought we were both hitting the ball well in the first set and not giving each other that many chances. It went down to the wire. I’m happy I played a good tie-break. I should have been up early with a break in the second set; he got me there. It was a bit of a rollercoaster till the very end of the match. Just had to tough it out.”

“The conditions were cold and heavy, the clay was heavy. So, it was different than we had expected at the beginning of the day when we thought we would play at 5:15pm. I have to say that I really enjoyed the match. It was a tough match and Florian fought hard.”

Federer will face Federico Delbonis in the semifinals on Saturday.