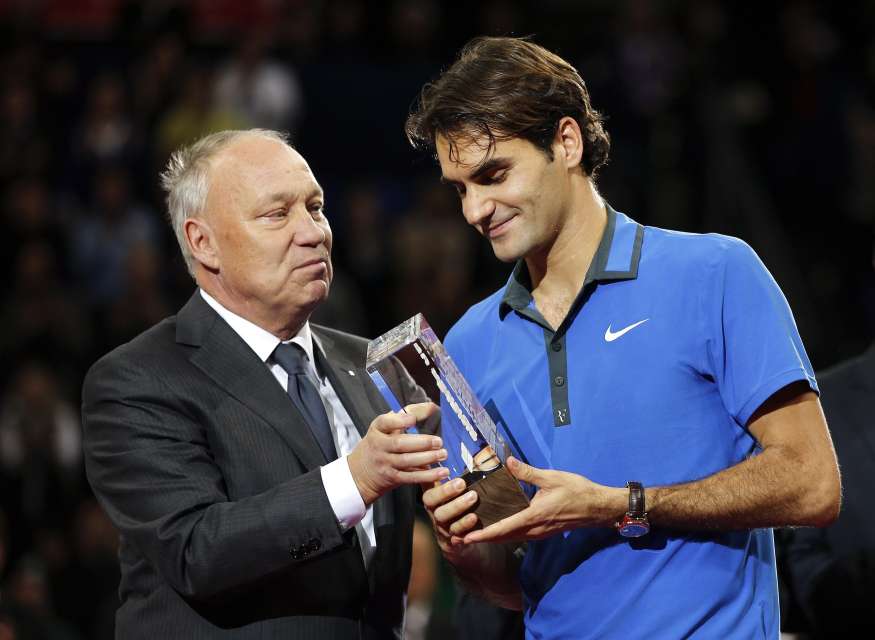 Swiss Indoors tournament director Roger Brennwald apologized to Roger Federer today for his recent remarks and actions regarding the Swiss maestro’s contract and appearance at the ATP 500 event in Basel, Switzerland. Brennwald gave an interview with Swiss newspaper Blick, elaborating on the backstory and unnecessary media circulation surrounding the future of Federer’s career at his hometown tournament. For his part, the Swiss star has made it clear, that he has intends to play in Basel (Federer Confirms Basel 2013). Federer has won 5 titles (7 times in final) in 13 appearances at the Swiss Indoors.

“I announced that I’m playing the tournament some weeks ago, months ago maybe,” Federer said. “Because I always said I was going to play the tournament. That was, for me, the most important thing, is that I had an opportunity to play in front of my home city where I grew up, my home fans.”

“I’ve had a great time there always, and I don’t want that to change just because of some business situation that couldn’t get solved, you know. So I wanted to diffuse the situation and announce that I’m going to play without getting paid and just enjoy myself over there. So that, for me, is the most important thing above everything.”

It was just last week that Federer and the Swiss Indoors event were still in contract talks, when Brennwald made remarks that Federer does not answer his phone calls. He then called Federer (in front of the press) to prove that point (Federer didn’t answer). A stunt that no doubt Federer did not appreciate.

Brennwalds has since vigorously apologized to Federer, telling the 17-time Slam winner, “Sorry Roger, I’m only human,”. The classy Swiss however, kept comments short, citing his value for professionalism and privacy.

“It doesn’t matter,” Federer responded yesterday when asked if Brennwald offered an apology. “I don’t discuss those things in the press like he does. For me, it’s really important to keep these things outside of everything. I did the utmost, and that’s all I need to know. And nobody, the fans in particular and myself, we don’t get hurt in the process.” 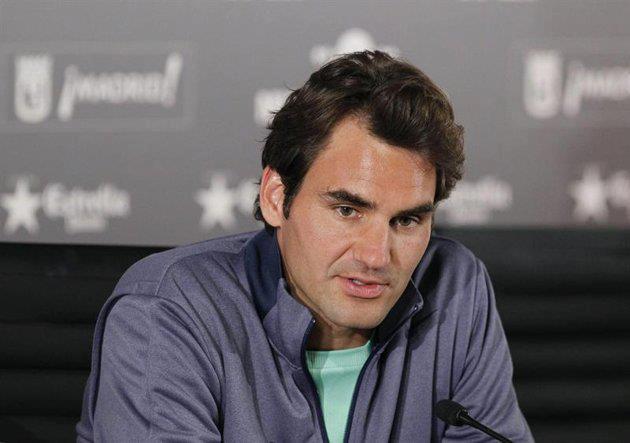 Below is the full interview with tournament director Roger Brennwald (Blick.ch). Original interview is in German (Click here to read). English translation below (not a completely smooth translation).

A man with your experience should not happen.

You’re right. I also apologize for that. First and foremost, of course with Roger. But even with all the others who felt they were inappropriate.

Were the last day the most difficult in your 43-year-old Swiss Indoors career?

One can say that again. I care a lot about the relationship of Roger and his family. Roger went as a boy on a bike to the stadium, he was a ball boy, his mother, Lynette was involved for ten years in the organization. A fairytale story! I hope that my apology Roger that I let him get personally believed. Sorry Roger, I’m only human.

You already know him for many years. Roger you have already then perceived as a ball boy?

Yeah. He was also honored as the best young athletes in the region and could pose with Jimmy Connors and Mansour Bahrami. It was a public vote of ten talents, Roger eleven or twelve years old. He got 5000 francs.

Federer has confirmed his participation at this year’s tournament in a newspaper interview. Did you experience this unique approach as a provocation!

Not a provocation, but unusual.

The ball boy once punched around you on the nose.

I think it’s no use to worry about it. The own sensibilities are now no longer required.

Federer is the head of his company. If he says his manager, some you with burning wood, the case is still done in an instant.

That would be the ideal case. But I did not meddle in the internals of Roger Federer. It is to accept that we have to perform the contract negotiations with his manager. Nevertheless, for some time I express a desire to talk with Roger in private.

If Federer plays without a contract, he gets no salary and only the inaugural prize money. Will it really come to this?

Stand today, looking very sober and business: Yes! But emotionally considered: no. I am used to make sound agreements for both parties. Therefore my aim is to continue a contract.

You do not want that Federer plays free? Pay It also made ​​an appearance fee if it was not due to him, because he has no contract?

Although the budget is exhausted. But lets talk with me always. The goal must be that both parties are satisfied with a good feeling and Roger can aim for his sixth title at the Swiss Indoors.

Is not already too much crockery smashed to mend that?

I’m not resentful. If you can not leave behind mistakes and disappointments, can not move forward in life.

Do not be afraid that you might be for your tournament to a mortgage and the dispute could culminate in yourself of responsibility for the occasion earlier than planned?

Certainly not. Sooner or later we will solve the problem.

You are now 66 years old. How long do you intend to do this job yet?

Following the motto of Udo Jürgens life with 66 starts at only just. The basis of all plans and ideas is health. Of enthusiasm and passion are not lacking. And also not how I am supported by my team and the 700-member organization.

Was the turning point in the relationship with Federer, that you are not on his advances, wanting to take over the tournament at most once received?

A purchase or sale was never any discussion. Roger has just asked me to inform him if I should ever come up with the idea to sell the tournament.

Think of it as your last great task of leading the tournament in the period after Federer, before placing company-internal or family in new hands?

Whether this is my last big job, I do not know. Maybe wait still greater work ahead of me (laughs).

Do not be afraid, that interest in tennis in Switzerland after Federer will decline rapidly?

But, of course, the concern is there. But when the time is right, no way around the fact that the traditional event lives on. The Swiss Indoors remain the Swiss Indoors, tennis is a wonderful sport.

But without Federer, the tournament would not be where it is today.

Question No: Federer has dominated the tournament in the last seven years. But before his time the world’s best players came to Basel and the Swiss Indoors were a sporting and social highlight in our country. And the development process is never complete. 2017 should be restored St. James Hall. Then it should also be cost-effective for an organizer thanks to modern facilities and hopefully easier to meet the demands of consumers.

Amazingly, the tournament is not ausvermarktet despite the Zugpferds Federer. This means that you are looking for more sponsors. Are you in this state have an easier, if not more once Federer pulls all interest on?

Fundraising has never been easy and it will not be in the future. We are dependent with or without Federer, on the goodwill of advertisers and sponsors.

What you actually say to your neighbor’s high FC Basel?

Basel I do not know who is not proud of its FCB. I also like to sit in the stands and enjoy the great games and the intoxicating atmosphere first hand. The success is based on the professional structures of the association. Starting with President Bernhard Heusler up to the groundsman.

Do you have to take a lot at this year’s Carnival in the Schnitzelbänken because of Zoff with Federer?

No, remained in the frame. It had politician to believe it, and other subjects such as littering, the rip-off and the tax treaty were in the foreground.

Last question: Who will win the tournament this year?