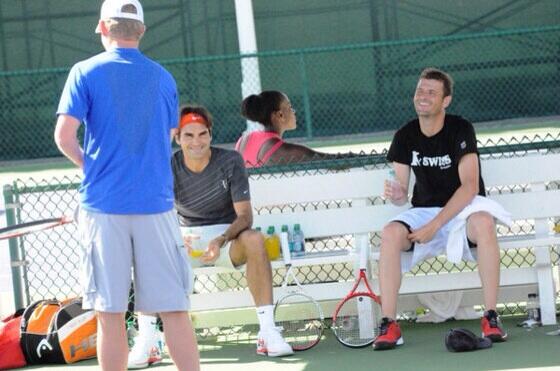 Roger Federer practiced with Mardy Fish today, on site at the 2013 BNP Paribas Open in Indian Wells. The Swiss maestro also took part in an upcoming Wilson Tennis commercial. For Fish, it is a pleasant return to the tour. The American was previously out since withdrawing from the fourth round of the US Open (vs Federer). Over the past year Fish has dealt with a heart condition, but most recently took part in the debut of Justin Gimelstob’s successful LA Tennis Challenge.

Check out some photos from today’s practice session below. The Swiss also met up with Rafael Nadal between scheduled hits. The two rivals may face each other earlier than ever since 2004; in the quarterfinals next week (see full draw here). 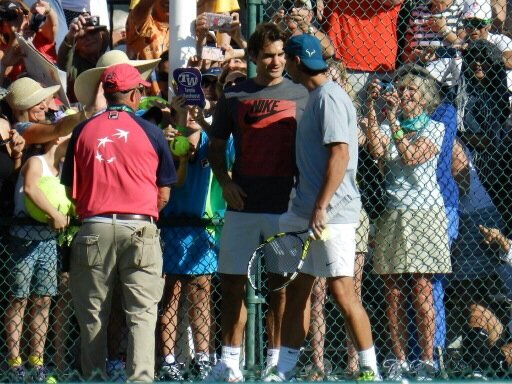 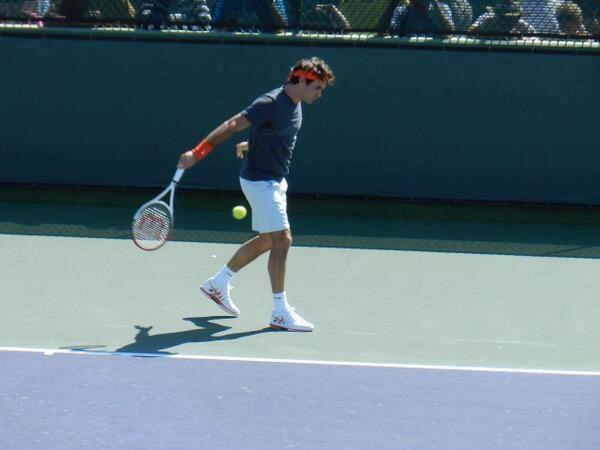