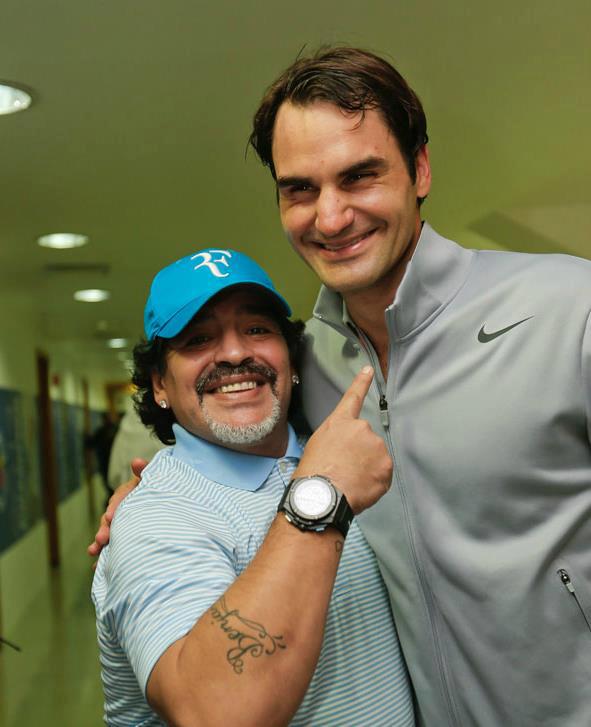 After defeating Marcel Granollers at the Dubai Duty Free Tennis Championships, Swiss maestro Roger Federer met Argentine football coach, former legend player, Diego Maradona. He is widely considered to be the best football (soccer) player ever. Earlier in the day he also met up with Novak Djokovic and Juan Martin Del Potro. While in town as the Ambassador for Dubai Sports Council, he came to watch some of his favorite players in action.

The legend Maradona was happy and thrilled to meet Roger Federer, calling him “the machine”. See the video below. 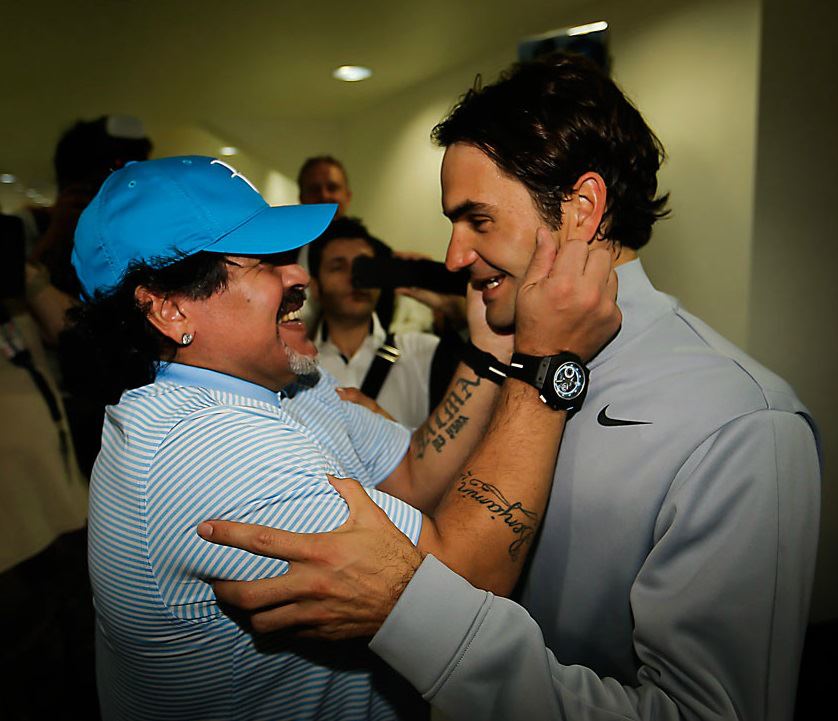