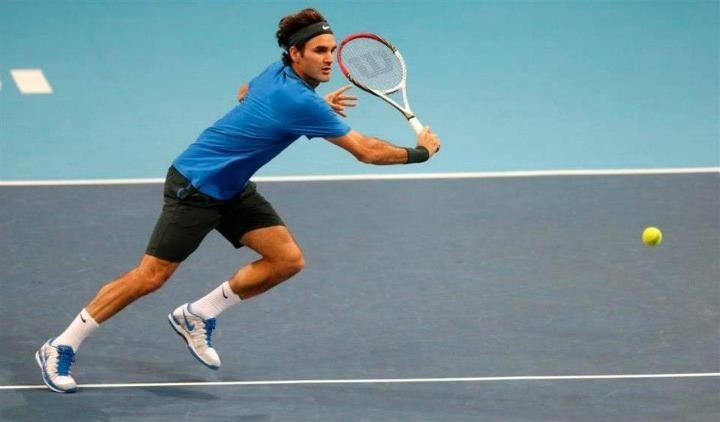 Federer into 7th final in Basel

Saturday afternoon at the Swiss Indoors showcased the top two seeds in the semifinals. First up was second seeded Juan Martin Del Potro, who easily defeated Richard Gasquet 6-2 6-2. With his strong play this week and Rafael Nadal’s withdrawal from the ATP World Tour Finals, Del Potro has qualified for the event, called the Final Showdown.

The second semifinal featured top seed and world #1 Roger Federer, who worked past Paul Henri-Mathieu in straight sets, 7-5 6-4. The Swiss served from behind in both sets, staying even with the Frenchman until striking convincingly to break and carry the momentum toward victory. Clinching a spot in the final marks the seventh consecutive final for the Swiss maestro in Basel.

Federer will face Del Potro in Sunday’s final in Basel at 2pm local time. Watch the match on FF07tv.