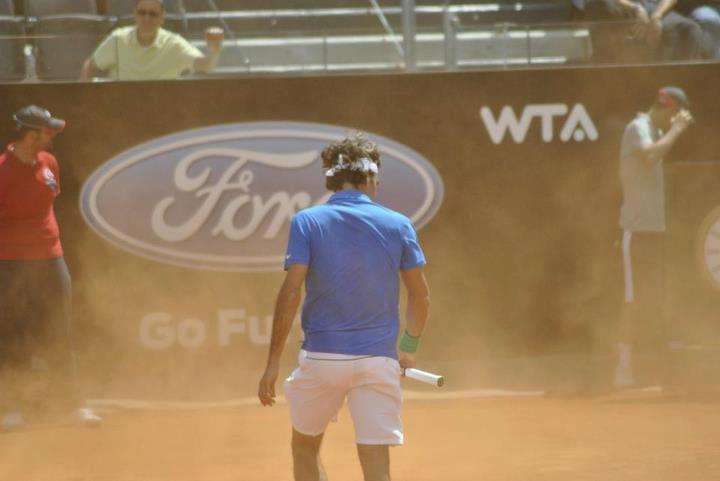 Federer eases past Berlocq in Rome

Coming off his 20th masters 1000 title in Madrid on Sunday, the Swiss maestro was questionable to play the Italian Open in Rome this week. Confirmed early Tuesday that he would be playing, fans flocked to his practice session to cheer him on.

On Wednesday, he took on Argentine Carlos Berlocq. It was the first meeting between the two, and Federer had no trouble easing into the third round with a 6-3 6-4 victory in just under 70 minutes. The match even saw a few sandstorms because of the wind swirling around the clay. The Swiss broke in the first game, and went onto a 3-0 lead, later serving out the set comfortably. Displaying the fine form which has led to four titles already in 2012, Federer faced resistance from Berlocq in the second set, only to break twice more and close out the match efficiently. The Swiss also continued to show the more than usual net game on clay, winning 18 of 23 points at the net, along with hitting 23 winners. 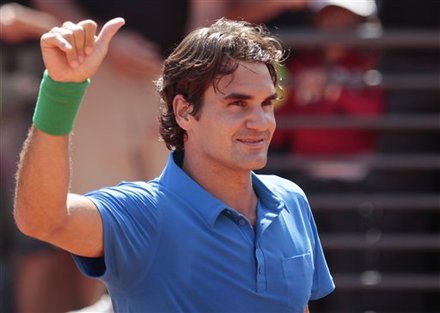 Federer is playing in Rome this week. See the draw and schedule here. Watch full coverage of the Rome masters on FF07tv.