Days before the start of the 2012 season, the National addressed the stance of players on the grueling length of the season and thoughts on shortening it. Federer defends and sticks with the length of the season, which has remained consistent for decades.

In the past six months, Novak Djokovic has questioned the current calendar. Rafael Nadal deemed it “crazy” and “not possible”, and predicted that “because of it, we will all have to retire when we are young”. Andy Roddick suggested that players might need to form a union to stand up to exploitative tennis officials and tournament organisers. Andy Murray declared the schedule “messed up, and we need to change it”.

While rivals and top players have voiced complaints about the season and scheduling, the greatest player of all time, Roger Federer, responded much differently. The Swiss maestro said, “We have to remember that the season has always been long and grueling..that’s what makes tennis so amazing..just imagine, in the old days most of the top players were also playing doubles.” 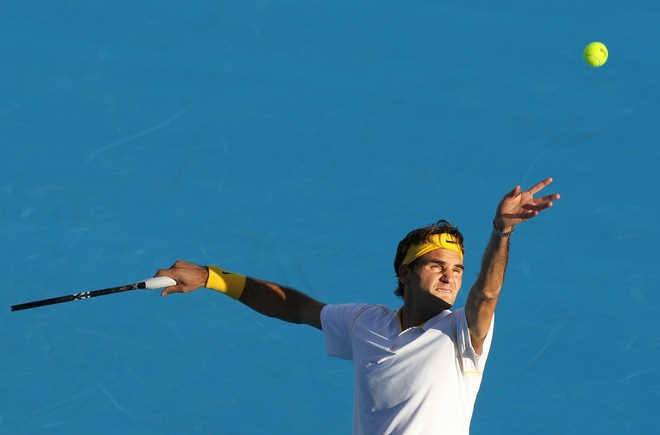 Federer further added, “I have always tried to make sure people realise that there are many players who are playing tennis and it’s not just the top guys. There are other players who don’t win every week and want the tournaments and need the jobs.”

“I think the biggest challenge for the top players is managing our own schedules and not overplaying,” he said. “This is key to health and long-term success.”

Federer would go on to say the matters should continued to be studied, but improvements have already been made. “We now have many 28 [player] draws in the ATP 250 events, we don’t play three-out-of-five-set matches in the ATP Tour anymore and we will end the season earlier next year. We need to see what happens as a result of these changes before making any new changes.”

Ironically, the 2012 season for Roger Federer begins in 2011, at the Mubadala World Tennis Championship in Abu Dhabi. See the full schedule for 2012 with RF Activity. FF07tv will broadcast live coverage in Abu Dhabi and onward in 2012.