The 2012 season is yet to begin, yet with a short off-season, players are already preparing for the new year. Through an update from Paul Annacone on his Facebook page, Federer fans are delighted to hear the news that the Swiss maestro is gearing up for 2012. 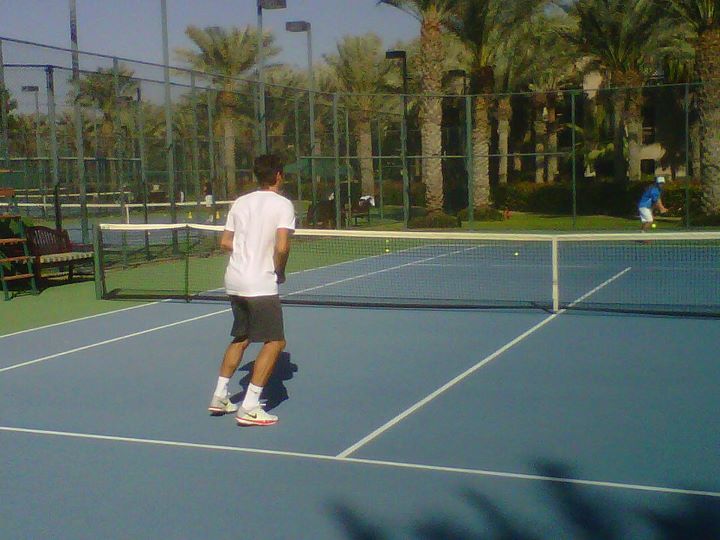 Federer practiced with young rising star, Ricardas Berankis. Little details are known of the location and other matters related to preparations, but the photo will show Federer wearing his new shoes from the Nike spring 2012 line. What is hidden, is his racquet. Was he practicing with his new Pro Staff Six.One 90 BLX? Perhaps it will be revealed on December 30, when Federer is said to be playing an exhibition tournament in Abu Dhabi.

2012 is fast approaching. See the full schedule with RF Activity.