Happy Thanksgiving everyone, and thank you for your continued passion and support. Today marked the third part of the round robin stage at the 2011 Barclays ATP World Tour Finals. Federer, already the winner of Group B and qualified for the semifinals, took on the 8th seeded American, Mardy Fish. The match consisted of moments of brilliance from Federer and aggressive play from Fish but overall had a mellow vibe. Neither player settled in thru the first set, although Federer won it easily, 6-1. Fish emphatically stepped up his game in the second set, having break point opportunities in each of Federer’s service games. He only needed to break once however, and went on to serve out the set, 6-3. 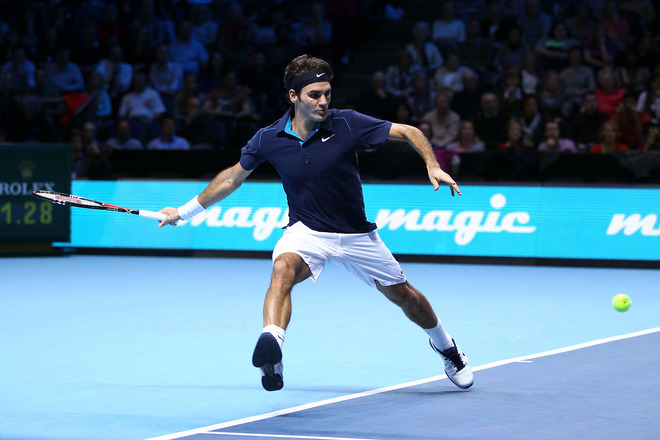 The Swiss maestro then stormed to close the match. Breaking immediately and serving in routine fashion, Federer quickly served out the match. Final score: 6-1 3-6 6-3. He is the winner of Group B, going undefeated (3-0) with wins over Jo-Wilfried Tsonga, Rafael Nadal, and now Mardy Fish. With the win, Federer is now on a 15 match win streak, with the last five coming against top 10 players (Berdych, Tsonga in Paris).

Federer’s 37th career Tour Finals victory moved him into second place on the all-time list ahead of Boris Becker and he is only two wins behind leader Ivan Lendl.

Even at the age of 30, Federer spoke about how he has “no intentions to quit.” “I guess I do play for a little bit of the legacy and the history, the record books, all that stuff,” Federer said. “But it’s really the press that reminds me of most things. I just try to go along with it because I have no intentions to quit. So I can concentrate on just playing tennis at the moment.” 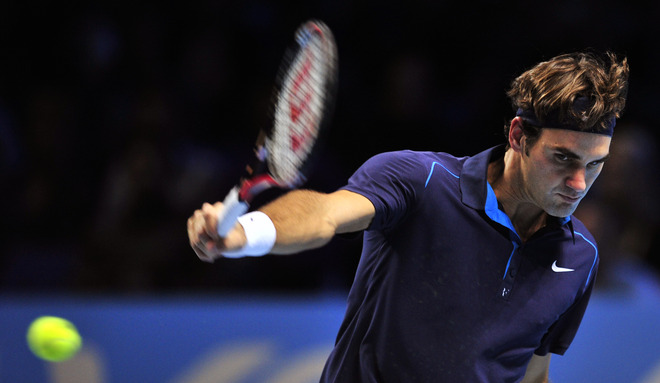 Federer press conference after the match.

See a proud father’s words. Robert Federer, on his son’s popular reception, wherever he goes.

Stay tuned for more as Saturday approaches. Federer is booked for the semifinals where he awaits the 2nd place winner of Group A.