Fans at the O2 Arena tonight were stunned. Roger Federer put on another master class display of genius, one which only the Swiss maestro can produce. Tonight’s round robin match at the Barclays ATP World Tour Finals featured what needs no introduction. Federer vs Nadal. It was the first time they played when neither player was ranked #1, but the intensity of the rivalry was in high anticipation. Federer was a man on a mission tonight. 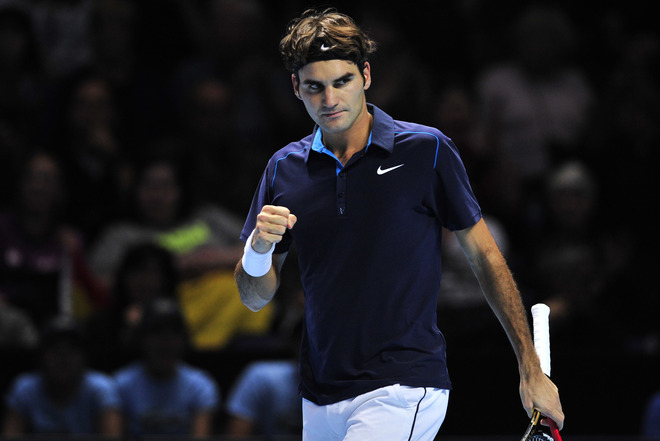 The match began as expected, closely contested, but only for the first couple games. Federer immediately broke serve for 3-2, and he never looked back. From there, in about 32 minutes, he served out the first set 6-3. Nadal never had a chance after the early break, as the Swiss maestro dazzled to the delight of the packed crowd. In just 61 minutes, Federer completed a demolition of Rafa Nadal, 6-3 6-0. He fired 7 aces and hit 28 winners to Nadal’s 4 winners and 1 ace.

Federer spoke about his performance and the match. “I’ve definitely seen Rafa play better, but I’ve also definitely played worse,” Federer said in an interview on court. “Clay goes his way,” Federer said. “At least I have one surface that goes my way.” 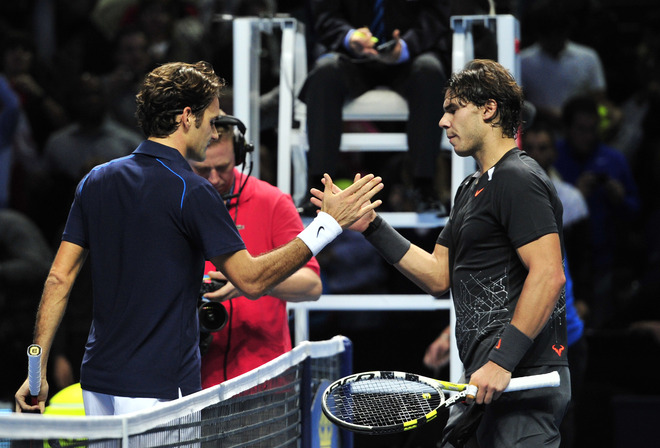 Nadal does still lead the head to head, 17-9, with 14 of the 26 meetings being on clay. Federer is 4-0 at the season ending tournament (World Tour Finals, previously called Tennis Masters Cup), and holds the edge on grass and hard court surfaces.

With the win, Federer has qualified for the semifinals and can overtake Murray for the #3 ranking if he reaches the final on Sunday. Federer is now 61-12 in 2011 and extends his winning streak to 14 matches. Stay tuned for more when Thursday’s scheduled is announced, with Federer taking on Mardy Fish. 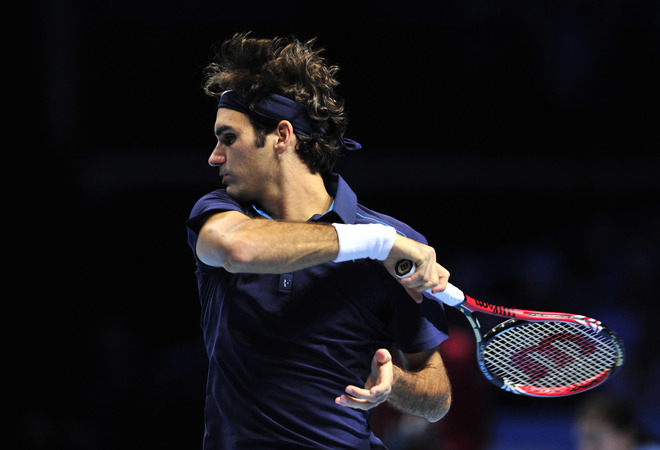