Federer continues to set new milestones every week, and in every match. Saturday’s semifinal against David Ferrer was a grind rather than the typical Federer match fans are accustomed to. However, with the straight sets victory after 85 minutes, the Swiss maestro has reached his 100th career final on the ATP World Tour. With 69 career titles, he will attempt to win his 70th on Sunday.

Federer becomes the fifth player in the Open Era to reach 100 career finals. Within immediate reach are Guillermo Vilas (104), and John McEnroe (108). Jimmy Connors (163) has reached the most career finals in ATP World Tour history. Also fitting, Federer is now tied at 806 career wins with one of his idols, Stefan Edberg. 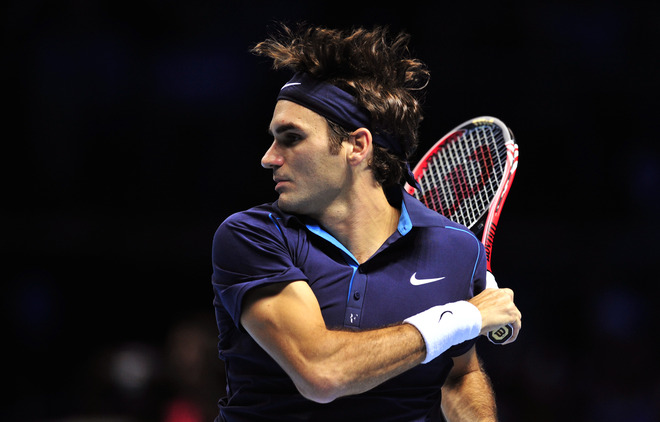 Ferrer had a small opening to take advantage of at 4-5 in the first set, when Federer held serve after reaching five deuces. Ferrer never saw set point however, and Federer soon after sealed the first set for himself. The second set saw the Swiss maestro pouncing on Ferrer’s serve, immediately breaking and holding serve for 2-0. That would be enough to maintain distance as victory seemed imminent. Later in the match, as done vs Tsonga and Nadal earlier in the week, Federer broke late in the match at a time when his opponent least expected it. Appearing to sneak out of nowhere, Federer had match point on Ferrer’s serve (3-5). Missing a forehand wide, Federer hit a clever slice down the line to have a second opportunity. This time he converted, and the crowd at the O2 were on their feet applauding upon realization that Federer was into his 100th career final.

In addition, it is the 7th final for Federer at the season ending event. He has won 5 times previously, with 4 happening in undefeated fashion. A win tomorrow would be a bold statement to his peers and the upper echelons of tennis history. It would signify that among the very best of the best, Federer was almost always unbeatable, and winning the title in undefeated manner. 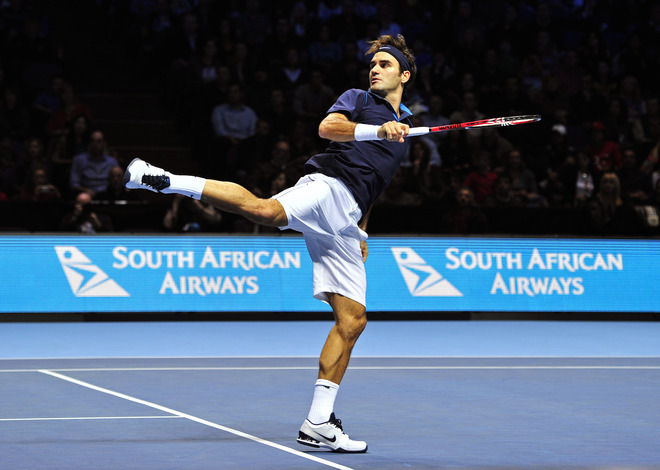 In reaching the 7th final of the ATP World Tour Finals, Federer will end the year ranked #3, which he momentarily lost to Andy Murray. It is something which matters little for Federer, as his ambitions are where he has been, and where he would like to return, to #1. He will finish in the top 3 for the ninth consecutive season, with five of those seasons finished at #1. Now at 63-12 for the season, Federer extends his winning streak to 16 matches. 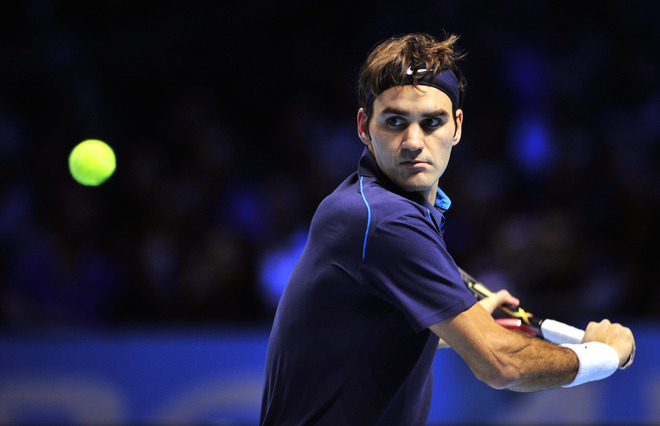