Federer begins with win in London

Federer opened his campaign for a record sixth title at this year’s ATP World Tour Finals with a 3 set victory over Frenchman, Jo-Wilfried Tsonga. The Swiss maestro began the match in devastating form. In merely 21 minutes, Federer had broken Tsonga twice, winning the set 6-2. Things changed in the second set as the Frenchman started to serve bigger, and hit harder. Federer looked out of sorts for a bit and Tsonga capitalized, evening the match at one set each (winning 2nd set 6-2). 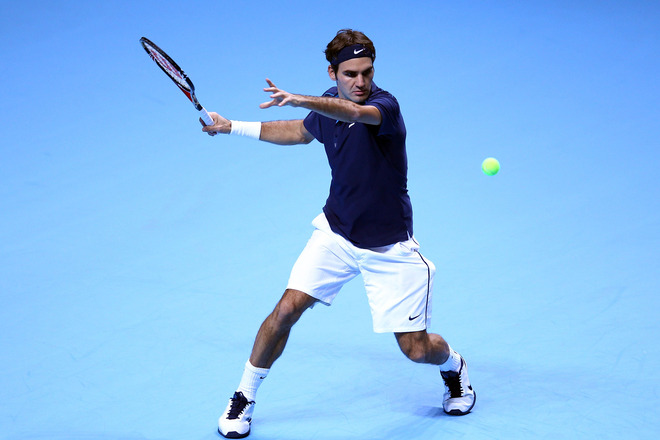 Onto the third and final set, Federer served first, and each player held serve until the tenth game, with Tsonga serving at 4-5. Federer went up quickly to love-40, and held his ground to break, clinching the match 6-2 2-6 6-4, in 1 hour 28 minutes. Thierry Henry sat in Federer’s box, and Rafa Nadal was in attendance as well.

Federer has now won at least 60 matches for the ninth straight year and is on a 13 match win streak. He is 1-0 in Group B play. Rafael Nadal will take on Mardy Fish in the night session. Stay tuned for more as the Swiss maestro’s second match approaches. 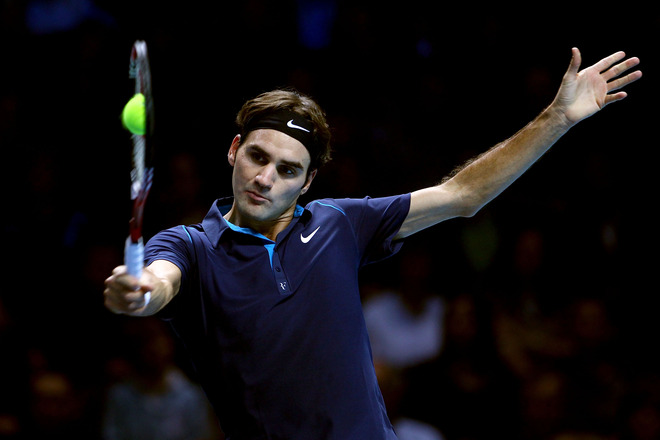